Is the Unemployment Rate Now Higher Than It Was in the Great Depression? 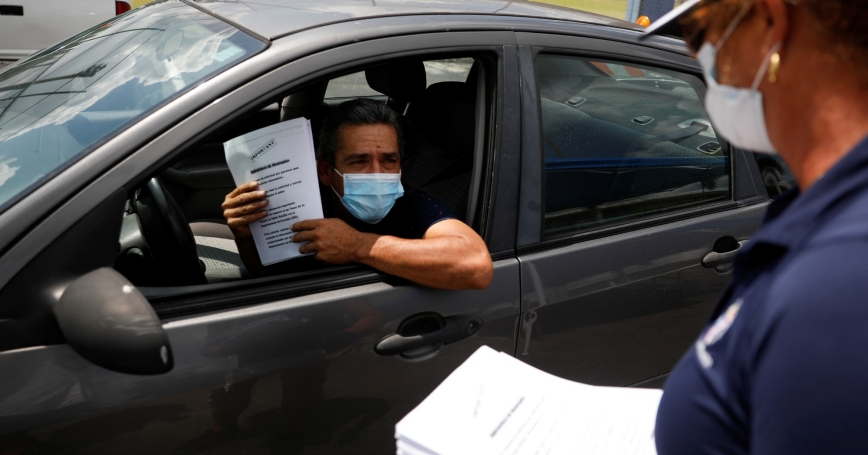 by Jeffrey B. Wenger and Kathryn A. Edwards

For a few months in 1933, the U.S. unemployment rate hovered at 25 percent, establishing a historic peak in the Great Depression that most Americans would consider inconceivable in the modern U.S. economy. In the post–World War II era, the unemployment rate has only twice reached 10 percent, during the 1982 recession and for a single month in 2009.

But the economic consequences of COVID-19 are already proving historic, and many are worried that the United States may experience Depression-era levels of unemployment. Tomorrow the Bureau of Labor Statistics will release its estimate of the unemployment rate in April, its first look into COVID-19's impact on the labor market.

Unemployment is a measure of labor market slack—it counts the number of people who want a job but cannot find one. To be counted as unemployed, the individual must be available for work and searching for work. The key part of being counted as unemployed is searching for a new job. Searching means actively looking, by responding to online job postings or making inquiries at employers.

From the perspective of the labor market, people who are not working are not the same as unemployed. It's not a trivial distinction, either. In the former, we could include all retirees, all homemakers, most disabled workers, and most students. A homemaker who does not want a job is not an indicator of the labor market's performance.

But what about workers laid off from COVID-19 shutdowns? Are they held to the same search requirement? This is where it gets tricky.

The unemployment rate is calculated based on the response to a series of questions in the Current Population Survey (CPS), which is the primary source of labor market information in the United States, including the monthly estimate of the unemployment rate. The questions are path-dependent—based on your answer to one question, you are then routed to another.

Defining labor force status—whether someone is employed, unemployed, or not in the labor force—starts with the question of whether the person was working for pay during a specific week in a month. In Figure 1, we summarize the survey question schema that is used to define unemployment.

After an individual indicates that they are not working for pay, there are two ways that they can be classified as unemployed. The first is the most common definition—they are currently searching and available for work. The second, which we show through two questions in blue, is by being classified as on temporary layoff.

To be on temporary layoff, you must indicate that your employer either gave you a specific return date, or that they have at least specified that you will return in the next six months. If you have not received an indication of either, you are on permanent layoff, and are routed to the questions about search and availability.

If a worker was laid off due to COVID-19 and doesn't have a guarantee of return from their employer in the next six months, then they must be searching to be considered unemployed, otherwise, they will be classified as not in the labor force.

This is a big “if,” for two reasons. First, no state or locality had a firm date for a full reopening of the economy when the shutdown went into effect, nor do they today. Second, social-distancing shutdowns might not make it safe to hire or conduct in-person interviews or on-site training, making search fruitless for many jobs. Moreover, the CARES Act removed the requirement that unemployment insurance beneficiaries must be searching for a job in order to maintain benefits.

If workers laid off because of the COVID-19 shutdown are not working for pay, not sure if they'll return to their prior job, and not looking for a job, they are not unemployed according to the official definition.

The unemployment rate isn't going to be sufficient. Instead, there are multiple measurements that will need to be pieced together to paint a full picture. These three are key indicators.

Despite technical definitions that may discount workers who are waiting out the quarantine, many should still be counted as unemployed. In Figure 2, we show the unemployment rate since 1948, when it began to be measured by the CPS. We also show, in red, what the unemployment rate would be if we assumed that the number of unemployed individuals increased by 20.9 percent, or 26.9 million—the exact number of those who applied for UI between February and April 18th. The number of unemployed workers in March was 7,140,000, and the labor force was 162,913,000. If you assume that the number of unemployed workers increased by 26.9 million and the labor force stayed the same size, that totals 20.9 percent. Likely more workers lost their jobs and fewer will be counted as unemployed.

In order to be unemployed, one must be actively searching, a key means of distinguishing individuals who do or do not want a job. But not searching for a job doesn't only stem from disinterest, it also stems from discouragement. Since 1994, the BLS collects and produces alternative measures of labor underutilization to find those who are discouraged by the labor market. The BLS publishes these as a series of unemployment rates, which are enumerated as U1–U6. The official unemployment rate is U3. To calculate these rates, the marginally attached workers are added back into the labor force, meaning the U3 labor force is smaller than the U5 and U6 labor force. The rates, however, are intended to be comparable. There are two of the U measures which could pick up the impact of COVID-19. They include:

Workers who were laid off due to COVID-19 should show up in U5, and workers who saw a reduction in hours due to COVID-19 should show up in U6. The only workers affected by COVID-19 who are missing from these estimates are individuals who indicate they are not available for work and could not take a job if offered one. Given the prolonged school closures, there could be a large number of parents who lost their job but cannot go back to work because of childcare.

In Figure 3, we show the U3, U5, and U6 rates since the alternative measures were collected in 1994. Since the unemployed are the largest group within U5 and U6, each of the alternative measures track closely with the official unemployment rate, shown in bold. We calculate and separately show the part-time for economic reasons rate and the marginally attached rate. They tend to be a very small share of workers. We do not show any projections here, since we do not have any assumptions of where workers laid off because of COVID-19 will go between unemployed, marginally attached, and part-time for economic reasons.

The Decline in Employment

The civilian labor force is made up of the employed and unemployed. Since there are so many ways that individuals who have lost their job due to COVID-19 might be categorized (unemployed, marginal, not in the labor force), the other way to understand the extent of unemployment is to simply count the number of workers that remained employed since the previous month.

In Figure 4, we show the total number of employed workers in the United States since 1948. As a placeholder for April, we conservatively estimate that the employment level declined by 26.9 million, the number of successful UI claims.

The extent of COVID-19's effect on the labor market will be catastrophic for many workers and businesses. Across an array of labor market measures, tomorrow's estimates will set milestones and break records. Matching the unemployment rate peak set by the Great Depression is a possibility, but reaching this unfortunate milestone is not necessary to establish the historic nature of the downturn we are living through today.

Jeffrey Wenger is a senior policy researcher and Kathryn Edwards is an associate economist at the nonprofit, nonpartisan RAND Corporation.