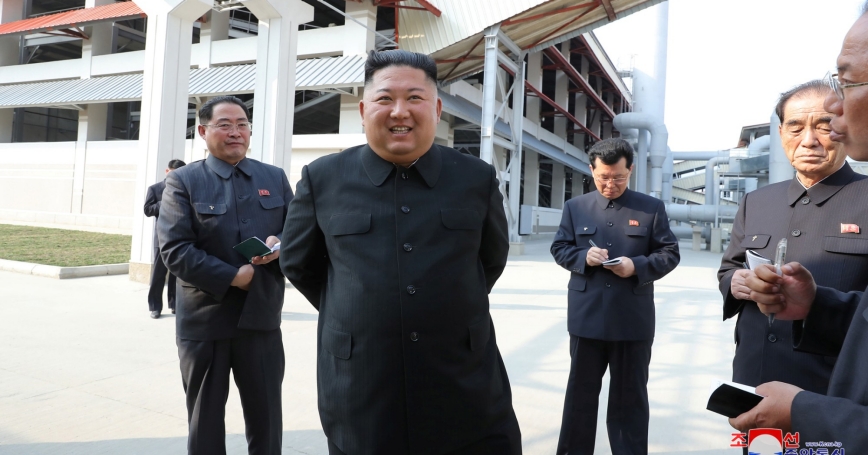 Kim Jong-un attends the completion of a fertilizer plant north of Pyongyang, in this image released by KCNA on May 2, 2020

Kim Jong-un's reappearance on May 2 (Korea time) raises questions about the course of U.S.–North Korea relationships in the coming year. What should we expect? What can we learn from the past?

Thus Kim not only failed to deliver on his promised nuclear program dismantlement, but he has also been actively violating terms of The Panmunjon Declaration. Despite Kim's behavior, some might still believe that if the United States offers North Korea significantly more concessions, Kim will eventually meet his commitments. It would seem difficult to maintain that belief given that in April 2019, Kim told his Supreme People's assembly that, “the United States will not be able to move us one iota nor get what it wants at all, even if it sits with us a hundred times, a thousand times.”

It's possible that this track record of denuclearization failures could be raised as an issue in the 2020 U.S. presidential elections. But at the same time, Kim Jong-un is being seriously hurt by the economic sanctions on North Korea. Kim's failure to achieve sanctions relief is reportedly increasing the unhappiness of the North Korean elites. It appears to also be reducing Kim's funds for military acquisitions and elite benefits. Kim's own financial desperation is demonstrated by the North's forced sales of bonds internally to raise hard currency, which is really a governmental confiscation of the money held by others…

This commentary originally appeared on The National Interest on May 8, 2020. Commentary gives RAND researchers a platform to convey insights based on their professional expertise and often on their peer-reviewed research and analysis.