Is It Time for a Federal Pandemic Insurance Program? 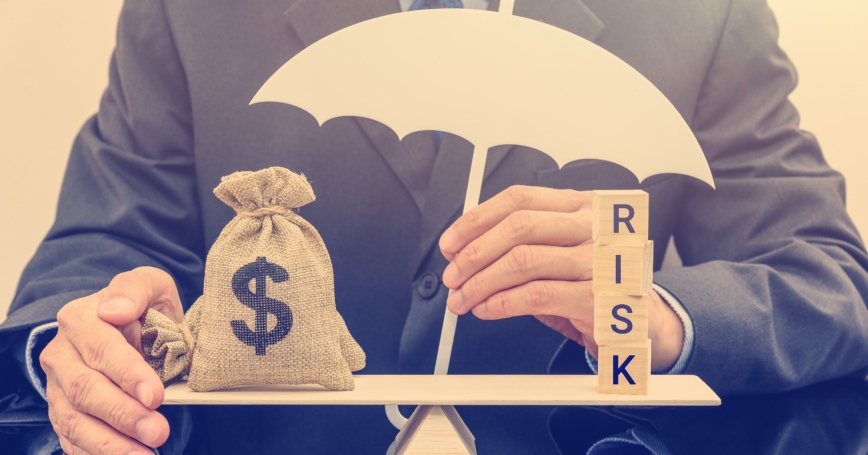 by Lloyd Dixon and Bethany Saunders-Medina

In the wake of COVID-19, insurers are contractually obligated to make large payments—with payments on event cancellations, trade warranty, and workers compensation claims being the leading cause. However, insurance companies for the most part are not contractually obligated to cover the enormous business interruption losses caused by social distancing and stay-at-home orders. In an unprecedented effort to plug some of these gaps, the federal government recently stepped in, approving programs such as the Paycheck Protection Program, a $669 billion loan program that incentivizes small businesses to keep workers on their payroll during shutdowns.

The first wave of COVID-19 is still playing out in many parts of the United States, and experts are concerned about a second. Given increases in the density of human population and global interconnectedness, concern about future pandemics is real. As the country cautiously begins to reopen many sectors, several important questions have arisen that have implications for how Americans recover not only from this pandemic, but from future pandemics as well.

How should the United States, as a society, design a system for risk spreading and compensation for pandemics, and what roles should insurance and government play in that system? Could careful design of a risk spreading and compensation mechanism for pandemics allow for a more robust or faster economic recovery in the event of a future pandemic? Should ad hoc, quickly crafted government programs to reduce losses to businesses and individuals be relied upon, or should attempts be made to enhance the role played by insurance?

Could careful design of a risk spreading and compensation mechanism for pandemics allow for a more robust or faster economic recovery in the event of a future pandemic?

The current situation has many similarities to the 9/11 terrorist attacks, but some important differences. At the time of 9/11, terrorism was a covered peril in most insurance policies. Insurers consequently paid a substantial proportion of overall compensation for 9/11-related losses. But the financial impacts of the large-scale payouts caused insurers to quickly begin excluding terrorism coverage from their policies moving forward. This created concern that the federal government would end up covering a larger fraction of losses in future events and also raised concern that economic activity would be suppressed because banks would not lend to firms that lacked terrorism coverage.

The result was the Terrorism Risk Insurance Program (TRIP), established by the congressionally approved Terrorism Risk Insurance Act in 2002. TRIP followed a model whereby the government and insurers would share risk following a terrorism event. Specifically, in the initial version of the program, the federal government paid 90 percent of insurer claims above an insurer deductible, which was set at 7 percent of direct earned premium (DEP) in specified lines of insurance coverage. Over time, the deductible has risen to 20 percent and federal share fallen to 80 percent, with an overall program cap of $100 billion.

A key feature of the program is that the government does not charge insurers a premium for the backstop it provides—but can go back later and recover some government outlays from all commercial policyholders—a kind of tax.

The program has widely been viewed as successful. Past RAND work showed that the program should be expected to save the federal government money over time because it would increase the percentage of businesses with terrorism insurance (take-up rate) and reduce pressure on the government to cover uninsured losses. Take-up rates (PDF) have risen from approximately 27 percent in 2003 to 78 percent in 2017. However, one goal of the program—to give insurers time to develop the tools needed to take on more terrorism risk—has been only partially achieved. The proportion of the risk retained by industry has increased some, but the federal government still plays a major role in the terrorism risk insurance market. In 2019, TRIP was reauthorized for the fourth time—and there is no indication that the need for the program will dissipate any time soon.

Pandemics are arguably even more difficult to insure than terrorism events due to their truly global reach. And like terrorism, their impacts are very much determined by human responses—namely, how quickly governments move to shut down the economy and what industries and jobs are deemed “essential.” As a consequence, by the time COVID-19 hit in 2019 and 2020, most insurance policies already included explicit exclusions for business interruption losses due to viruses and communicable diseases. The wide-ranging effects of COVID-19 almost guarantee that insurers will broaden pandemic exclusions in business-related lines, similar to the insurer response after 9/11. Consequently, it appears that the only way to induce private insurers to participate in a pandemic risk insurance market may be to provide substantial government involvement.

This reality is illustrated by two proposals to use an insurance mechanism to provide compensation for pandemic-related losses. A proposal from Rep. Caroline Maloney (D-NY) called the Pandemic Risk Insurance Act of 2020 (PRIA) is supported by the travel and retail industries, while the National Association of Mutual Insurance Companies, the American Property Casualty Insurance Association, and the Independent Insurance Agents and Brokers of America have proposed the Business Continuity Protection Program (BCPP) (PDF).

PRIA would establish a program that has many similarities to TRIP. Participation by insurers would be voluntary. The program would only be triggered once aggregate insured losses reach $250 million, at which point the federal government would pay 95 percent of insurer claims above an insurer deductible, which would be set at 5 percent of DEP. The proposed program cap is $750 billion. Like TRIP, the federal government would not collect any premium for the proportion of the risk it bears.

In contrast, the BCPP proposal seems to envision a program more like the National Flood Insurance Program (NFIP). At a very high level, BCPP is an extreme version of PRIA, with the program trigger set at zero (a federal declaration of a public health emergency would automatically trigger relief), no insurer deductible, and a 100 percent federal cost share. All risk would be borne by the federal government. However, as with PRIA, insurers would sell policies and pay claims.

Using an insurance mechanism to provide compensation for losses due to a pandemic has a number of advantages. Potential advantages include the ability to:

A number of potential drawbacks of using an insurance mechanism for pandemic risk might also be weighed:

One of the most persuasive arguments for setting up a pandemic risk insurance program is perhaps the advantage of defining benefits and a benefit distribution mechanism in advance, thus potentially speeding claims payments. Avoiding potential suppression of economic recovery due to the absence of pandemic insurance coverage is also compelling. But policymakers also could consider the full set of advantages and disadvantages in deciding how best to proceed.

Lloyd Dixon is director of the RAND Center for Catastrophic Risk Management and Compensation and a senior economist and Bethany Saunders-Medina is a policy analyst at the nonprofit, nonpartisan RAND Corporation.