Could 2020 Spawn '70s-Style Radicals and Violence? 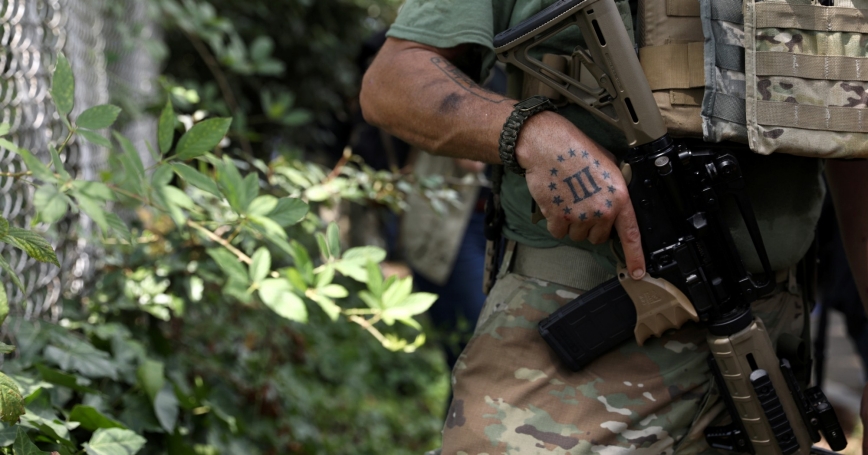 Armed conflicts fuel plagues: Until very recently in history, disease killed more people in wars than battle. But plagues can also fuel conflict, and COVID-19 may be no exception. The conditions facing the United States today are reminiscent of those that gave rise to the radicalism of the 1970s and could once again lead to political violence, including terrorism.

It's not that the pandemic gives extremists or terrorists new capabilities or points them to a path they hadn't thought of before. Instead, the pandemic creates a psychologically upsetting environment that encourages fanatics to do crazy and possibly violent things, and those actions will have greater impact on an already frightened public.

The pandemic has put the United States into a recession, and it's likely to worsen. Millions are unemployed; soon, many of them could be destitute. COVID-19 and the economic distress it's causing could change how people behave in a (seemingly) more hostile world, how they view the legitimacy of government authority and how they value life itself.

History provides some markers for how humans react when confronted with such crises. Poorly handled disasters, in particular, can erode faith in leaders, producing major upheaval such as armed rebellion. In ancient China, for instance, calamities were seen as signs that the ruler had lost the mandate of heaven to rule and needed replacement. Rebels took up arms. Dynasties fell.

These dynamics have recurred in modern times. After a devastating cyclone hit East Pakistan in 1970 and killed up to 500,000 people, the government's failure to heed warnings and its bungled relief efforts led to a civil war. A year later, its territory was permanently divided into Pakistan and Bangladesh. Likewise, the deadly 1972 earthquake in Nicaragua underscored the incompetence and corruption of the Somoza regime, fanning the flames of a long civil war that ultimately brought down the government.

Today, the pandemic could spur apocalyptic and nihilistic thinking. Deprived of their daily routines and personal relationships, people are disoriented, disillusioned and isolated—creating a receptive audience for fringe ideas. These are the conditions that psychologists believe can accelerate radicalization, which is an individual process reflecting personal experiences and circumstances as much as socioeconomic determinants or political convictions.

Those already at the extremist edge see opportunities in the pandemic. This type of crisis particularly appeals to the racist right, playing into notions of a master race that will survive some genocidal event. Some white supremacists hope to weaponize the new coronavirus, with extremists being advised online: If you are infected, visit your local mosque or synagogue, spend the day on public transport or in nearby diverse neighborhoods.

Jihadi fanatics, meanwhile, have described the new coronavirus as “one of Allah's soldiers.” In their view, the pandemic is God's punishment of the infidels, even though Muslim countries have been hit hard by the virus.

Unfortunately, the separation we are undergoing to contain COVID-19 weakens our normal checks on individuals' radicalization: Relatives and close friends, not authorities, are the first to notice unhealthy changes in attitudes or behavior and intercede to keep someone from spiraling toward extremism. But isolation reduces that vital human contact.

Those already at the extremist edge see opportunities in the pandemic.

Adding to the radicalizing ferment of this pandemic are the widespread anguish and anger over systemic racism and police brutality unleashed by the killing of George Floyd. The vast majority of nationwide protests following his death May 25 while in police custody have remained peaceful, but there have been several that weren't.

But it's not just extremist groups. The pandemic and the mass protests have spawned public defiance of political authority. Health officials have been physically threatened. Armed protesters have stormed state legislatures to protest shutdowns. Businesses have been destroyed. Protesters have been attacked. Police have been injured in riots and killed in ambushes. Barricades have gone up on both sides. This is a dark place where, historically, political fanaticism and violence thrive.

Like today's protests, the 1960s protests seeking social justice or an end to the Vietnam War were legitimate expressions of views shared by millions. However, some were radicalized by the emotional experience and carried on the struggle with bombs and guns. Even as the civil rights movement in the 1960s remained dedicated to nonviolence, fringe groups like the Black Panthers and Black Liberation Army carried out armed robberies and police killings. Segregationists fought back with organized terror. By the 1970s, terrorist groups in the United States were committing 50 to 60 bombings a year.

The American system has been flexible enough to withstand the shocks of political violence and respond by co-opting the grievances that drive it, depriving those bent upon destruction of a constituency.

So we have been here before—many times. However, over the last 150 years, the American system has been flexible enough to withstand the shocks of political violence and respond by co-opting the grievances that drive it, depriving those bent upon destruction of a constituency.

A review of America's labor strife undertaken by a national commission in 1969 found that “the United States has had the bloodiest and most violent labor history of any industrial nation in the world.” Yet after all the union bombings, violent strikes and brutal suppression, much of the labor movement's demands were incorporated in legislation. Labor leaders became part of the political establishment.

Similarly, after decades of racial turmoil, in the 1960s the U.S. government became the avatar of the civil rights movement, ending legal segregation and ensuring voting rights. In response to the antiwar movement, conscription ended, the voting age was lowered to 18, and the United States ended its involvement in the Vietnam War.

Can America do it again? Perhaps. Lawmakers have at least begun to debate legislative priorities related to police violence and systemic racism. President Donald Trump has brought those angry at being left behind by globalization and technological change into the political system, also an important step.

At the same time, the political establishment has not proved capable of calming passions for many years. The U.S. response to the pandemic has further cleaved an already deeply divided society. Whether to impose and maintain shutdowns to slow the spread of the virus, whether to wear masks, even whether there is a pandemic—all these have become heated partisan issues. For some, their views are deeply held; mandates of any kind are seen as an assault on one's inalienable rights. For others, allowing the virus to spread feels literally life-threatening.

There are no vaccines for viral venom or collective madness. Deliverance, it seems, must come from our own common sense and sense of community. Sadly, like personal protective equipment, these often seem to be in short supply.

Brian Michael Jenkins began researching terrorism for the nonpartisan, nonprofit RAND Corporation in 1972. He is a senior adviser to the president of RAND and directs the National Transportation Security Center at the Mineta Transportation Institute.

This commentary originally appeared on NBC News THINK on August 16, 2020. Commentary gives RAND researchers a platform to convey insights based on their professional expertise and often on their peer-reviewed research and analysis.