In North Korea, The U.S. Could Take the Lead 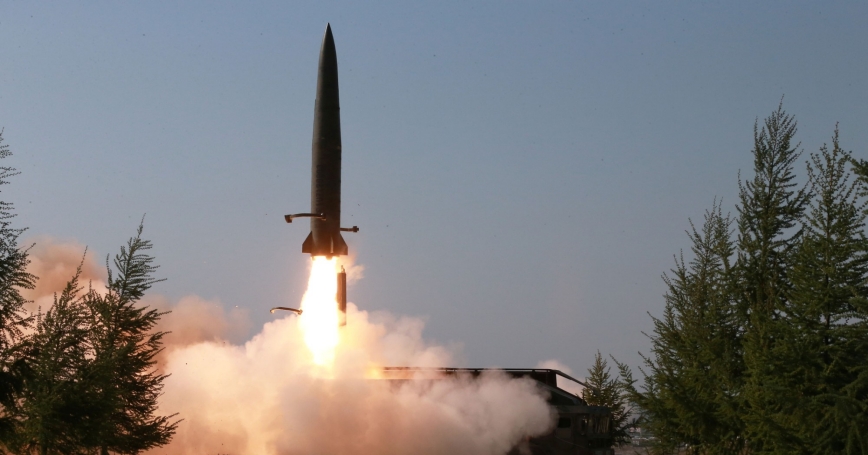 A missile is launched during a military drill in North Korea, May 10, 2019

In 2016 and 2017, North Korea carried out a series of nuclear weapons and ballistic missile test provocations that raised regional anxiety about the possibility of war. President Trump's “maximum pressure” campaign added to this anxiety. In early 2018, North Korean leader Kim Jong Un reduced this anxiety by offering to negotiate the dismantlement of his nuclear weapon program and promising to forgo all ballistic missile and nuclear weapon tests during the negotiation process.

President Trump has now had three meetings with Kim Jong Un, substantially reducing fears of war, but accomplishing no denuclearization. Indeed, quite the opposite: North Korea has reportedly ramped up its nuclear weapon production and has tested several dozen ballistic missiles. Most estimates suggest that North Korea now has dozens of nuclear weapons, many of which can be delivered by ballistic missiles, with the potential to kill millions of people and otherwise cause immense damage. North Korea also appears anxious to use leverage from its nuclear weapons to strengthen its regime and coerce its neighbors.

What can a reelected Trump or a newly elected Biden do to overcome North Korea's resistance to meaningful negotiations? North Korea is hurting: its economy is stagnant and it is having trouble feeding even its elites because of the UN/U.S. sanctions designed to pressure North Korea toward denuclearization. A combined carrot and stick approach may help overcome some of North Korea's reluctance to negotiate the future of its nuclear weapons program.

In terms of carrots, the UN/U.S. could be more explicit about the conditional nature of the existing sanctions. For example, if North Korea were to freeze its nuclear weapons production, would North Korea be able to export a significant amount of coal and apparel to other countries? While the U.S. could negotiate such conditions with North Korea, it may be effective to simply announce what the United States is prepared to offer, recognizing that North Korea will still likely want to negotiate on the margin.…

Bruce Bennett is an adjunct defense analyst at the nonprofit, nonpartisan RAND Corporation and a professor at the Pardee RAND Graduate School. Soo Kim is a policy analyst at RAND.

This commentary originally appeared on The National Interest on August 17, 2020. Commentary gives RAND researchers a platform to convey insights based on their professional expertise and often on their peer-reviewed research and analysis.