North Korea Has Agreed to Denuclearization. Trump Could Try to Make It Happen 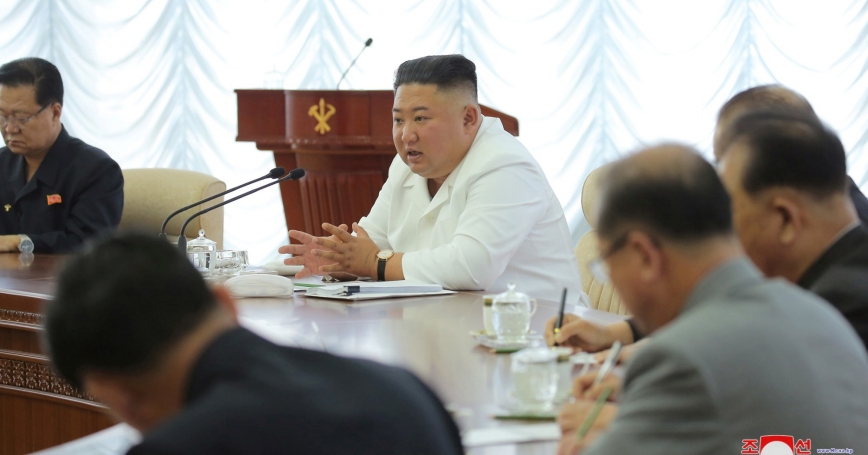 Throughout 2017, President Trump was clear that he would apply “maximum pressure” on North Korea, not even ruling out military action. Many in Northeast Asia and beyond feared that President Trump's actions could even lead to war. They recognized that North Korea had been very clear: for years the North had stated repeatedly that it would never give up its nuclear weapons.

It was a surprise then in March 2018 when Kim Jong Un offered to negotiate the dismantlement of his nuclear weapons program. President Trump accepted this offer and held two summit meetings with Kim Jong Un. The President has chosen to emphasize a peaceful, personal relationship with Kim rather than resolving the North's mid- to long-term nuclear weapon threat.

Which is to say that there has been no North Korean denuclearization. Quite the opposite: the North continues building nuclear weapons and has increased its capacity to do so. Satellite images indicate Pyongyang has been consistently developing its ballistic missile delivery capabilities, as well as the Kim regime's continued sanctions-skirting illicit activities to fund its weapons of mass destruction programs, and Pyongyang's statements articulating its resolve to bolster its nuclear deterrent.

This is shocking in light of the April 2018 Panmunjom Declaration by Kim Jong Un and South Korean President Moon, part of which says that North and South Korea will fully implement all of their previous agreements and declarations. The previous 1992 South/North Denuclearization Declaration (PDF) is clear: “South and North Korea shall not test, manufacture, produce, receive, possess, store, deploy, or use nuclear weapons. South and North Korea shall use nuclear energy solely for peaceful purposes. South and North Korea shall not possess nuclear reprocessing and uranium enrichment facilities.…” Should there be any question, Kim said in his 2019 New Year's Address: “Accordingly, we declared at home and abroad that we would neither make and test nuclear weapons any longer nor use and proliferate them…”

Bruce Bennett is an adjunct international/defense researcher at the nonprofit, nonpartisan RAND Corporation and a professor at the Pardee RAND Graduate School. Soo Kim is a policy analyst at RAND.

This commentary originally appeared on The National Interest on September 25, 2020. Commentary gives RAND researchers a platform to convey insights based on their professional expertise and often on their peer-reviewed research and analysis.