The American Jihad Was a Failure. For Those Who Joined, It Was a Path to Destruction 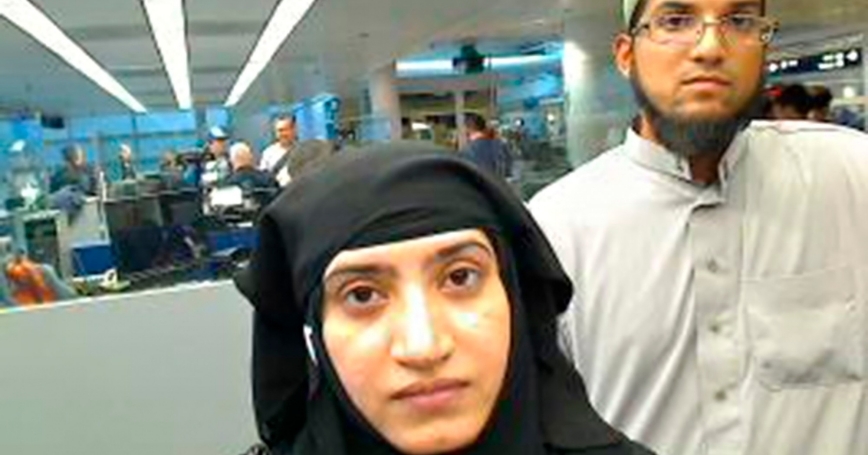 To keep the jihad going after 9/11, al Qaeda—scattered by military action abroad and impeded by intelligence efforts—exhorted homegrown terrorists to take up arms in the United States. ISIS later made similar appeals. These calls to arms yielded some plots and a few attacks, but overall, the American jihad was a failure.

Recent research has examined the collective profile of 422 homegrown jihadists—all of those known to have plotted or carried out attacks after 9/11, as well as those who traveled (or tried to) to join jihadist fronts abroad. About another 100 or so assisted the effort in other ways.

We do not know how many others may have contemplated becoming jihadists but were dissuaded by family and friends. They were the lucky ones. For those inspired by al Qaeda or I.S. to join the armed jihad, that decision proved to be a path to destruction, ending in jail or death.

American jihadists overwhelmingly were men. Fewer than 6 percent were women, mostly brought along by husbands or families going to Syria or Iraq. The average age was 27, the travelers being a bit younger than the plotters. Most were going to conflict zones in countries they had never seen—not to visit but to fight, perhaps to die, or to obtain skills that would enable them to come back to the United States and carry out attacks.

The decisions were personal and individual. There is little evidence that the jihadist ideologies or recruiting appeals gained much traction in America's Muslim communities. The turnout was meager. Compared with the 422 plotters and travelers, more than 4,000 American Muslims volunteered for the U.S. armed forces in the same post-9/11 period. Tips that led to arrests and thwarted plots also came from the community.

Many of the self-selecting jihadist recruits were disassociated from their families and a society they saw as filled with unbelievers; they were unattached, alienated, dissatisfied, frustrated, bored, floundering—or all of these. Many sought solutions in converting to Islam or in rediscovering an extreme form of the religion of their birth. Decisions turned on individual circumstances, including what was going on in their lives at that moment and the people they happened to meet. Discounting their own lives, they found the risks acceptable.

Just four had entered the country illegally. Three of them were Albanian brothers who'd come as very young children with their family in 1984 and were arrested as part of a terrorist plot 23 years later. Indeed, most foreign-born plotters and travelers arrived in the United States as children and lived here an average of 12 years before their arrest, suggesting most or all radicalized after their arrival.

Most foreign-born plotters and travelers arrived in the United States as children and lived here an average of 12 years before their arrest, suggesting most or all radicalized after their arrival.

In short, America's jihadists were never an immigration problem. It does not appear that radicalized individuals were being admitted into the United States or that vetting of visitors or immigrants is failing. America's jihadists are made in the USA.

Their education level did not differ significantly from that of the general U.S. population, either. Using educational achievement as a rough marker for socioeconomic status, plus anecdotal evidence suggests that they come from diverse socioeconomic backgrounds. In this country, radicalization does not seem to be a product of poverty or deprivation.

More than a third were religious converts—most of them recently so. Some of those born Muslims similarly had a religious rediscovery and adopted a stricter form of Islam. At the same time, becoming a Muslim did not always mean knowledge of the faith. Several of the converts were described as having only a superficial knowledge of the faith and its precepts. In some cases, it appears to have been the attraction of violence, the opportunity to become a “warrior,” that led the individual to take up the banner of armed jihad.

Fate has not been kind to them. Nearly 90 percent were killed or sent to prison. Of 36 who carried out attacks, 15 were killed during the operation or soon after. Most of the others were identified and arrested, often within hours.

It does not appear that radicalized individuals were being admitted into the United States or that vetting of visitors or immigrants is failing. America's jihadists are made in the USA.

ISIS's global recruiting drive attracted 5,000 European recruits to Syria after 2012, but only a few hundred from the United States. On the alert for jihadist travelers heading to the Middle East, U.S. authorities intercepted many of them. Roughly two-thirds of those who traveled in 2012 or later were arrested on their way to jihadist fronts or shortly after their return. However, several women and girls were treated as runaways or victims and not prosecuted.

Evading authorities to join a jihadist front abroad often proved deadly. About 40 percent of those who connected to a jihadist group abroad were known to have been killed. Forty identified travelers theoretically remained at large although some of them probably were also dead.

While jihadist formations remain active abroad, such activity in the United States steadily declined after 2015. That is good news. The failure of the jihadists can be judged a victory—albeit a costly one—over an organized effort to instigate violence in the United States. The country, however, has not exhausted its inventory of disaffected young men (and women) who may, in the future, embrace jihadism or other extremist ideologies on offer to convey their discontent.

Brian Michael Jenkins is a senior adviser to the president of RAND and directs the National Transportation Security Center at the Mineta Transportation Institute. He began researching terrorism for the nonpartisan, nonprofit RAND Corporation in 1972.

This commentary originally appeared on The Hill on September 22, 2020. Commentary gives RAND researchers a platform to convey insights based on their professional expertise and often on their peer-reviewed research and analysis.