Yemen's Chaos Creates a New Opportunity for the Biden-Harris Team 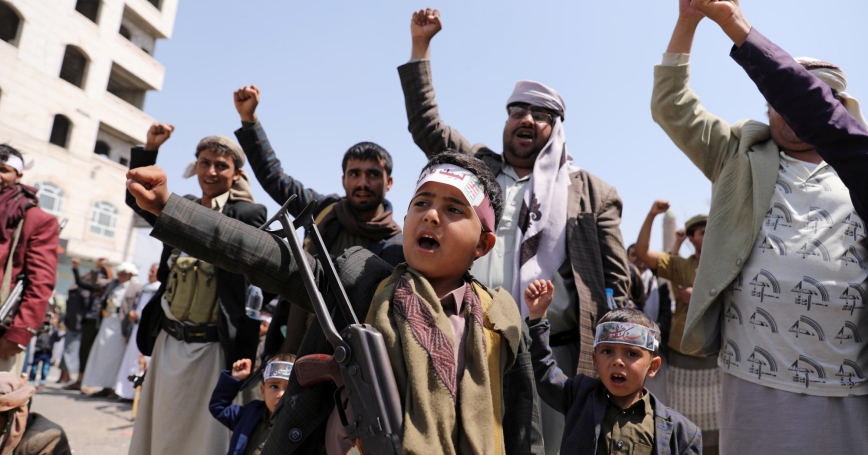 A boy with followers of the Houthi movement carries a rifle during a rally on the Ashura, the holiest day for Shi'ite Muslims, in Sanaa, Yemen, August 30, 2020

For the coming administration of presumptive President-elect Joe Biden, assuming a leadership role in diplomatic efforts to resolve Yemen's civil war could offer a “new beginning” for U.S. relations in the Middle East.

Yemen stands at a crossroads. A nation rent in two by a six-year civil war, Yemen is well on its way to becoming one of the world's preeminent breeding grounds for violent extremism and a safe haven for transnational terrorist groups. The conflict has become a proxy war between Iran and Saudi Arabia, two countries that have aided and abetted the war's antagonists for their own ends. The war has killed more than one-quarter million Yemenis. Additionally, 150,000 children have died from starvation and left Yemen on the brink of collapse. The situation is frighteningly reminiscent of conditions in 1990s Afghanistan that gave rise to the Taliban and enabled Al Qaida.

But there is another potential pathway forward for Yemen. While the United Nations-led peace talks have struggled to make progress towards national reconciliation, there could be a more gradual and long-term pathway toward peace that offers promise. It is a pathway that may require the type of international leadership and vision that only the United States can offer.

Like it or not, U.S. interests in the Middle East crucially depend on stability in the Arabian Gulf. Yemen's geostrategic location—neighboring key U.S. allies and waterways critical to global commerce—along with the presence of violent non-state actors, both Iranian-backed Shia militias and Sunni jihadists, makes for a volatile mix that could threaten U.S. interests. Resolving the civil war in Yemen may not serve just these interests, but also could help end the world's worst humanitarian crisis.

While the foundations of peace must be Yemeni-led, there is much that the new administration could do to support this process. The first and most important choice is simple, though fraught with risk: does the United States continue with the current policy focused on national reconciliation, or consider an alternative path?

This commentary originally appeared on The National Interest on November 22, 2020. Commentary gives RAND researchers a platform to convey insights based on their professional expertise and often on their peer-reviewed research and analysis.