COVID-19 Gave Managers a Look at Our Home Lives. Will They Now Penalize Women? 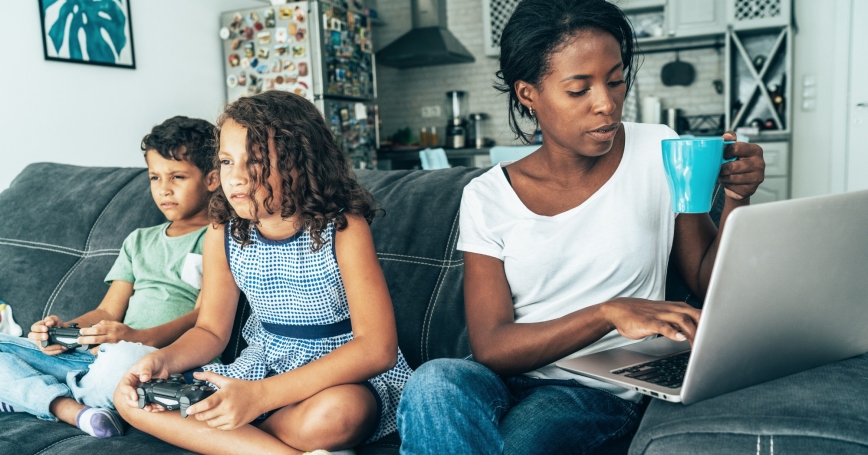 by Lisa Abraham and Kathryn A. Edwards

Even accounting for differences in education, occupation, and years of experience, working women still earn 90 cents (PDF) on the male dollar. Companies aren't proud of this.

Indeed, pre-pandemic, many appeared to be competing to remedy support for female workers. They published metrics on gender pay performance. Some spearheaded women-focused investment initiatives. Others joined a consortium of employers dedicated to promoting women into leadership.

But as management guru Peter Drucker supposedly once quipped, culture eats strategy for breakfast. So for all these well-laid plans, the difference in pay and promotion between men and women remains, largely because of complex factors in corporate culture. These problems were hard to remedy before when the economy was booming. As the COVID-19 pandemic drags on into 2021, some could get worse.

The central question is this: In a company's culture, are women the exception or the rule?

Leave for new parents is a prime example. Research (PDF) shows that after the birth of their first child, women in the United States experience a large, immediate drop in earnings relative to men. This translates into a 30 percent gender gap in earnings over the long run. This occurs in part because mothers have no choice about taking time off: Childbirth forces them to reduce their hours relative to men and non-childbearing women.

So is being more generous with paid maternity leave the solution? Unfortunately, it isn't that easy.

A recent study (PDF) from Boston University finds that even when assured job security and paid parental leave, some women are still penalized more than others when taking maternity leave. It's a matter of norms. If it is customary at a firm for career-oriented women to take less leave than they are eligible for, then women who take the full amount are negatively stereotyped. The relative variation is taken as a signal of the worker's commitment and productivity, and managers offer fewer opportunities to those they believe are less committed to their jobs.

It's not only being a woman that produces the penalty; it's also differing from the corporate status quo.

These findings reveal a key mechanism of gender pay gaps. It's not only being a woman that produces the penalty; it's also differing from the corporate status quo.

The pandemic has made such differences, and accommodations for women, particularly stark. For instance, reports from the Federal Reserve are evidence of how the pandemic heightened employers' awareness of childcare issues. These disrupted months could reinforce employers' belief that their female employees take on a greater burden of childcare or eldercare than their male employees—and that could have a negative effect on women's pay and career trajectories for years to come.

This type of forced signaling, where some women show through their behavior that they are different from other female and male colleagues, extends to many aspects of work, not just maternity leave or caregiving.

Overlong work hours are another corporate culture that forces women to signal that they don't adhere to the status quo. Whole industries—corporate law or finance for example—are marked by individuals who work very long hours. Working late, or on weekends, is the accepted signal for being highly productive. Anyone who can't log 80 hours a week or reply to emails at 11 p.m. isn't projecting their effectiveness in the way the employer is accustomed to. As a result, they are paid less (PDF). Likewise, if needing flexibility during the workday is an exception to the firm's norm, people who shift their hours (often women) earn less.

During the pandemic, nearly a fourth of working women have considered downshifting in their careers by reducing their hours or leaving their jobs entirely. These differences in perceived commitment and productivity could also cause lasting harm to gender equality in the workplace.

With multiple vaccines on the horizon for 2021, the same companies that have kept up to 42 percent of the U.S. labor force working remotely are now making plans to reopen. The pandemic gave managers a window into the struggles of working women. What will they do with this information? Will they accommodate women by making exceptions to their established norms? Or will they do the harder work of remaking their culture so women are no longer the exception?

Lisa Abraham is an associate economist at the nonprofit, nonpartisan RAND Corporation. Kathryn A. Edwards is an economist at RAND and professor at the Pardee RAND Graduate School.