Vaccine Nationalism May Seem Inevitable, but There Are Real Economic Consequences 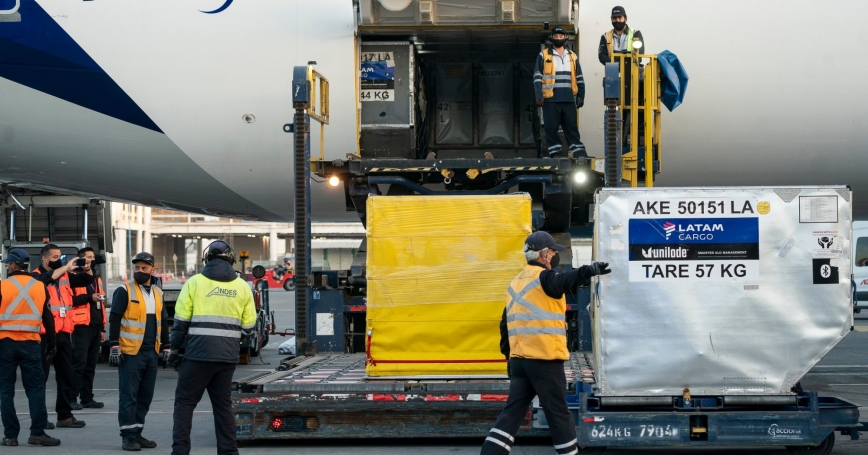 As more COVID-19 vaccines are approved by regulatory bodies, attention will undoubtedly turn to the rollout. Vaccine nationalism—which occurs when national governments sign bilateral agreements with pharmaceutical manufacturers to supply their own populations with vaccines first—seems inevitable. While this approach is, to an extent, rational and will undoubtedly have domestic political advantages, there could be not only human consequences, but also economic ones as well.

International institutions such as the World Health Organization, the United Nations, and GAVI—the vaccine alliance—among others, are trying to support the multilateral option to globally coordinate the COVID-19 vaccine effort. But this approach is not supported so far by some of the world's leading economies, such as the United States, who have been reluctant to commit and instead pursued direct bilateral deals with vaccine manufacturers.

While true that a vaccine nationalism approach would help improve the economic situation of those countries that can inoculate their populations, their economies would still depend on the concurrent recovery in other regions that have not been able to sufficiently immunize their populations against the virus. For example, more than 4% of U.S. exports go to low- or lower-middle income countries, including the Philippines, Vietnam, and El Salvador.

There are key sectors that will not be able to bounce back until the global population is vaccinated. Travel, tourism, and transportation are just three examples of these sectors that rely on a globally connected world to be fully functional. Only vaccinating the populations of individual countries will not be enough to see them return to full financial health, thereby prolonging the economic cost of COVID-19 for the world.

Only vaccinating the populations of individual countries won't be enough to see them return to full financial health, thereby prolonging the economic cost of COVID-19 for the world.

A RAND Europe report analyzing the costs of vaccine nationalism has the numbers to back this up. The research shows that given the enormous costs of the current disruption to the global economy, the introduction of a vaccine, and shared global access to vaccines, would have substantial economic benefits. These benefits would be significantly reduced by vaccine nationalism.

For example, if the vaccine-producing countries, such as the United States, EU-27, UK, China, India, and Russia, can inoculate a sufficiently large share of their populations, the estimated loss for the world economy in GDP would reduce from 3.7% to 1.3%. However, the lack of access to vaccines for the rest of the world would still result in a GDP loss of up to $1.2 trillion per year, or about $103 billion a month.

The large number of bilateral deals between national governments and producers of current vaccine candidates has resulted in a patchwork of agreements which could affect the pricing of vaccines as wealthier countries bid for limited vaccine supplies. Eventually this could lead to the pricing out or denying, at least initially, of governments of less wealthy countries' access to some vaccines.

The world's major economies have more to gain by helping to make an effective vaccine widely available globally.

In fact, there is a strong argument that the major economies have more to gain by helping to make an effective vaccine widely available globally.

The costs of global vaccine development and distribution pale in comparison to the enormous cost of economic disruption globally, with governments spending trillions to support workers and sectors severely impacted by the pandemic. This speaks to renewed and substantially larger investment in supporting global vaccine distribution. Ultimately, it could be in the national economic interest to cooperate globally.

Marco Hafner is a senior economist and research leader at RAND Europe.

This commentary originally appeared on Business Insider on December 20, 2020. Commentary gives RAND researchers a platform to convey insights based on their professional expertise and often on their peer-reviewed research and analysis.