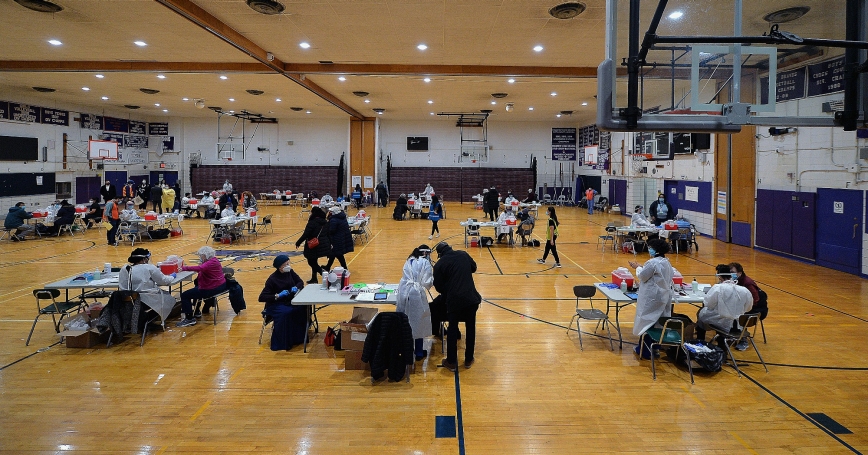 The disorganized public health response to the pandemic in the United States helped ensure that the nation led the world in infections nearly from the beginning of the pandemic, and it has remained there since. Initially, a slow federal government response in restricting overseas travel to the United States was the reason. This was followed by a confused personal protective equipment (PPE) and treatment supplies acquisition strategy, again at the federal level. This slowed the access of states to critical supplies of masks and other PPE, as well as treatment supplies, such as ventilators.

Once the disease was in the domestic domain, the mistakes at the federal level were compounded by a slow and inadequate adoption of efficient test-trace-treat (3T) regimes at the state level. This appears to have been a primary cause for widespread community transmission.

Why did this happen, not in one state or two, but across most states? The federal government has tended to blame individual states. However, the across-the-board failure of the states to implement 3T strategies suggests that the problem was a deeper, system-wide problem.

With vaccines now becoming available, are we over the problem? Not necessarily. After their failures last year in pursuing 3T strategies, ensuring that vaccines are rolled out efficiently and comprehensively in 2021 could be a challenge for many states. The initial weeks since the vaccine has become available do show that slow vaccination rates are country-wide. Once again, this suggests a problem that is system-wide.

Mistakes at the federal level were compounded by a slow and inadequate adoption of efficient test-trace-treat regimes at the state level.

Resolving this is not going to be easy given weak public health systems in many states. Chronic underfunding (PDF) of the states by the federal government, which typically accounts for over half of states’ total public health funding, may have been a significant contributing factor. Such funding has declined in recent years even as needs have grown. Some of the wealthier states and territories have been able to make up some of the funding gap through state taxes and fees, but most have not. As a result, there is wide variation in state and territory spending on public health. For instance, in 2019, Washington, D.C., led the country with a spending of $363 per capita on public health, while the lowest spending was in Missouri at $7 per capita.

There is a clear takeaway on recent public policy from the above. Along with spending large sums on vaccine development, the federal government might have allocated significantly more resources for public health at the state level in the early stages of the pandemic, so that 3T strategies could have been efficiently implemented.

It could be worthwhile for the incoming Biden administration to consider this option going forward. It could prioritize allocating significantly enhanced resources to the states to enable them to efficiently distribute and implement vaccinations, while continuing to improve their implementation of 3T.

Rafiq Dossani is director of the RAND Center for Asia Pacific Policy, a senior economist at the RAND Corporation, and a professor at the Pardee RAND Graduate School.