Other Voices: Striking Rates of Food Insecurity in the Hill District and Homewood 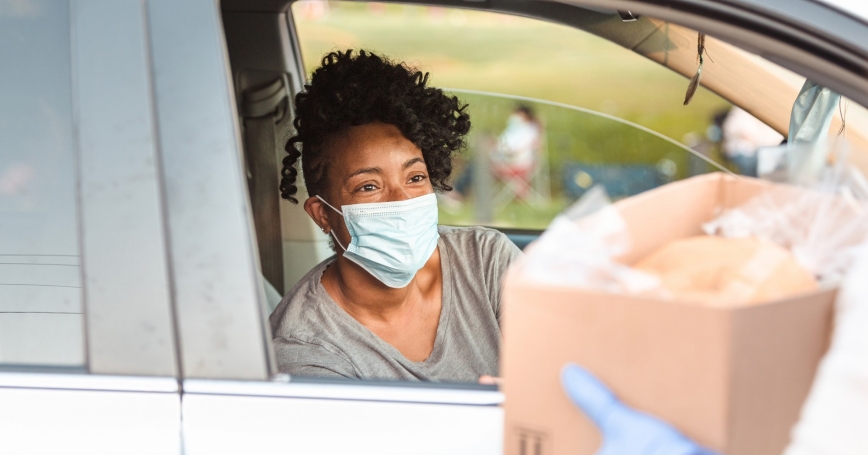 As the spread of COVID-19 continues to rage along with rising death rates, many people are looking for the light at the end of the tunnel in the form of the vaccine. While the vaccine could be a critical defense against the spread of the virus, it is important to remember that for millions of Americans, even once the threat of the virus is diminished, the economic consequences of the past 10 months will remain.

Nationally, there have been reports showing pandemic-related rising rates of food insecurity—concerns about one's ability to access enough food to live a healthy, active lifestyle. People experiencing food insecurity may skip meals or go hungry because they lack the financial means to afford basic nutrition. Even before the pandemic, about 11 percent of Americans experienced food insecurity, with higher rates among African Americans, Hispanics, American Indians, and Alaska Natives. Since the pandemic began, those rates have soared nationally, and as recently reported by a study by the nonprofit, nonpartisan RAND Corporation, locally in the city of Pittsburgh, in the Hill District and Homewood neighborhoods.

These findings are from the first longitudinal study to examine changes in food insecurity over time and in response to COVID-19 in at-risk communities. The findings highlight striking disparities in food insecurity in African American neighborhoods, which have been hardest hit by the virus itself, as well as the negative economic consequences.

Our study also showed that despite such increases in food insecurity in residents, food bank use and participation in the Supplemental Nutrition Assistance Program (SNAP), otherwise known as food stamps, remained relatively constant, suggesting that these critical safety nets could benefit from additional resources to meet the emerging needs of residents.

Lack of reported use could be due to difficulties with SNAP enrollment, problems accessing food banks in the early days of the pandemic, or feelings of stigma related to participating in such programs. Given the protracted nature of an economic downturn that will likely continue for months until widespread uptake of the vaccine is achieved, it may be critical for local and national policymakers to consider other strategies to bolster existing safety nets to protect against the threat of food insecurity, including more flexible enrollment and certification requirements for SNAP participation, and actively engaging community members in novel strategies to reach residents who are most vulnerable but may be reluctant to participate.

Wendy Troxel is a senior behavioral and social scientist and Tamara Dubowitz is a senior policy researcher at the nonprofit, nonpartisan RAND Corporation.

This commentary originally appeared on Pittsburgh Post-Gazette on February 7, 2021. Commentary gives RAND researchers a platform to convey insights based on their professional expertise and often on their peer-reviewed research and analysis.