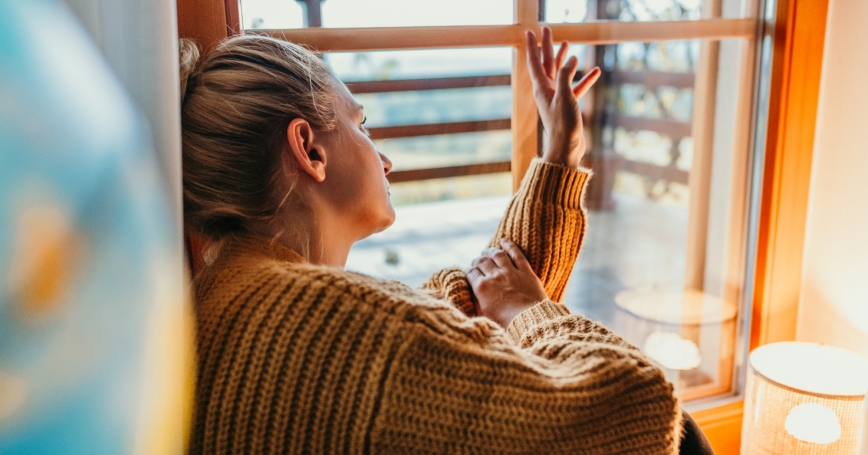 by Lillian Flemons and Shann Hulme

European Union states received a 60 per cent increase in emergency calls about intimate partner violence during the first wave of COVID-19 lockdowns in early 2020. The alarming trend resulted from the emotional and financial strain brought on by the measures implemented to curb the pandemic. Curfews and stay-at-home orders further made it difficult for victims to leave an abusive household, increasing the likelihood of recurring violence.

In reaction to this rise in violence, termed the 'shadow pandemic,' there was a welcome and phenomenal upsurge in support and attention for victims. As many as 228 related measures were implemented across the 27 EU member states in the first months of the outbreak.

A recent RAND Europe study examined the implications of COVID-19 for victims of intimate partner violence and found that the level of support for domestic violence services was, and remains, insufficient to address the challenges that frontline staff face. The huge effort to keep support services going for victims, often in situations where a life was at stake, took its toll on the people who provided it.

The initial shift to a remote model for service delivery posed many practical challenges, including ensuring adequate access for staff to the necessary technology, internet, and phone reception for consistent support.

The level of support for domestic violence services was, and remains, insufficient to address the challenges that frontline staff face.

The privacy and security of victims when providing support was vital, yet most of the standard online conferencing software did not provide the level of privacy needed, leading some services to hire relevant staff specifically to manage these concerns. In addition, staff often had no training to provide the new text-based messaging and email support services that were introduced.

At the same time, staff were confronted by a dramatic increase in demand for their services while the pandemic had a significant effect on the availability of staff, not only due to sickness and self-isolation but also such factors as a lack of public transport, childcare issues, and poor internet access or phone reception.

Despite these pressures, many services undertook additional awareness-raising and lobbying activities in response to the crisis. Many staff members worked additional hours as a result. But research (PDF) has shown that the proportion of time that service providers spend working with victims has the largest impact on their risk of developing secondary traumatic stress, with symptoms often mirroring those of posttraumatic stress disorder (PTSD).

Moreover, the need for remote working meant that staff boundaries between work and personal life broke down. Service providers have identified this separation as crucial for managing mental health (PDF) in this area of work. Frontline staff reported to our researchers that higher levels of distress among victims, and difficulties in accessing the levels of support they would normally receive from their colleagues further contributed to the emotional strain.

The proportion of time that service providers spend working with victims has the largest impact on their risk of developing secondary traumatic stress.

The pressure on both the staff and services was exacerbated by limited funding. Half of the service providers surveyed for our study reported having received no additional funding at all, while interviewees described the situation prior to the pandemic as one of chronic underfunding.

Despite extensive research indicating that surges in the prevalence and severity of domestic violence consistently follow public health crises including pandemics, natural disasters, and recessions, EU countries were not prepared and, in most cases, responded only once the scale of the problem was made clear through the lobbying work of domestic violence support services.

Prevalent funding models based on emergency one-off grants or, for example, number of helpline calls received, also often result in the sidelining of preventative work, research, and training, which results in domestic violence support services being themselves restricted to reactive activity only.

The Istanbul Convention on preventing and combatting violence against women, ratified by 21 EU countries, states that support services for victims should be adequately resourced and that necessary legislative or other measures should be taken to ensure victims have access to services that aid their recovery from violence. Our study concluded that more funding by EU governments for such services would allow for the recruitment of extra staff to meet the level of increased demand. Also, the introduction of national legislation to protect the provision of services for women victims and their children in states of emergency would ensure that despite possible future interruptions, services will continue to operate.

The domestic violence service providers we spoke to in August 2020 for the study were heartened to see the visibility and momentum the issue had received as a result of the pandemic, but their staff were already at a breaking point. Amid a protracted second wave that has led to further restrictions and lockdowns across Europe, it may not be too late for member states to provide the funding and legislative changes necessary for ensuring these services can continue to offer crucial support.

Lillian Flemons is a research assistant and Shann Hulme is a research leader in the area of home affairs and social policy at RAND Europe.

This commentary originally appeared on Encompass on March 15, 2021. Commentary gives RAND researchers a platform to convey insights based on their professional expertise and often on their peer-reviewed research and analysis.