Will States Take the Wrong Lesson About Unemployment Insurance's Failings? 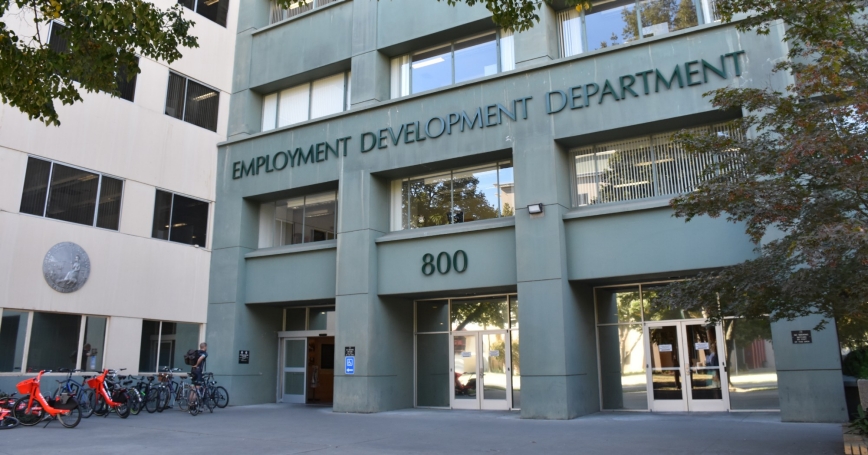 People line up outside the Kentucky Career Center before opening to find assistance with their unemployment claims in Frankfort, Kentucky, June 18, 2020

Unemployment benefits in some states are so low that as COVID-19 threw millions out of work, Congress jumped into action to stave off economic hardship or widespread eviction. In Arizona, for example, the maximum benefit is $240 a week, which would not cover just rent for a median-priced one-bedroom apartment in Maricopa County ($1,111). Six states have benefits below $300 per week.

Through the CARES Act, Congress quickly added $600 to weekly state benefits from March to July and has topped up benefits to lower degrees on and off since.

Some might interpret these events as an indisputable wake-up call telling states to increase benefits. States, however, could absorb a different message: They might be better off cutting benefits.

Congress last instructed states to expand Unemployment Insurance's coverage in 1976 (PDF). Ever since then, states have been left mostly to their own devices, creating a de facto experiment of program management. Although some maintained a solvent program, many let unemployment insurance lapse into underfunding.

Then came the strain of the deep and prolonged (PDF) labor market contraction during the 2007–09 Great Recession. By 2010, Unemployment Insurance reached a nadir of financial health. Thirty-four states had depleted the trust funds that pay unemployment claims and had taken out loans from the federal government.

But some states took another route: They drastically cut benefits and discouraged workers from applying for them. North Carolina and Florida are exemplars of this tactic, but they aren't alone. Ten states offer fewer than the customary 26 weeks of benefits. Fourteen states cap benefits so low that an unemployment check represents less than 50 percent of median earnings for a high school graduate (a benefit less than $384).

The low-benefit strategy worked for them during the pandemic recession, if the criteria is avoiding taking out loans. North Carolina, Florida, and seven other states with abbreviated benefit periods haven't had to borrow from the federal government. The average maximum benefit in these states is $436. Meanwhile 19 other states have already had to borrow during the pandemic. Those 19 states have an average maximum benefit (PDF) of $519 and only one—Georgia—offers fewer than 26 weeks of benefits.

From the states' perspective, why hike taxes on businesses to maintain robust unemployment benefits if Congress will step in when the economy goes south?

By shoring up all these state-run Unemployment Insurance programs equally—beginning with the CARES Act and extending into the just-passed $1.9 trillion American Rescue Plan—Congress set a precedent that it will intervene to raise benefits at no cost to state trust funds. From the states' perspective, why hike taxes on businesses to maintain robust unemployment benefits if Congress will step in when the economy goes south? The stingy states' lack of loans convey a lesson that Congress's actions have reinforced: Don't invest in unemployment benefits.

Some state legislators might be held accountable for the recent disastrous performance of Unemployment Insurance systems—but not by the constituents you think. Unemployed persons are not a permanent political constituency; there is no AARP for the unemployed advocating for administrative improvement, benefit increases, or program integrity.

The only permanent constituency of the Unemployment Insurance system are the businesses that pay the taxes. The federal (PDF) tax rate is notionally 6.0 percent, but business in states with programs in good standing are credited down to a 0.6 percent rate, levied on the first $7,000 of earnings (the tax base). This works out to $42 per worker per year. The state tax rate and base vary widely across states, from 0 to over 10 percent rate on a base of $7,000 to over $50,000. (The state tax rate can also drop as the balance in its unemployment trust fund grows, in some cases to zero.) Finally, the state tax rate also varies because each employer is “experience rated,” meaning the more laid off workers claim benefits, the higher the tax rate their former employer has to pay.

So disliked are these taxes that many companies outsource claim handling (the verification that a worker was laid off without fault) to a third party. Equifax Workforce Solutions, which handles a fourth of all such claim handling in the United States, boasts that its services deliver an “18% reduction in charge amounts, 14% shorter durations, and 4% decrease in weekly payments” to its corporate clients. These savings can only be achieved by reducing the number of benefits claimed successfully or how many weeks they are paid (accomplished by delaying the initial payment).

This recession is arguably the most visible the unemployment insurance system has been in its entire history, and generally not for good reasons. State programs have been vulnerable to fraud from coordinated cyberattacks as well as individuals using stolen Social Security numbers. Systems have miscalculated benefits and sent unemployed workers bills for the amount overpaid. The backlogs, fraud, and parsimonious benefits all indicate that state unemployment insurance programs are crying out for reform.

But rather than a turning point, this recession could become just another leg on the race to the financing and benefit bottom.

Congress has two approaches to consider: Either fix state unemployment programs, or replace them with a federal one.

Given the above-mentioned political incentives facing state policymakers, it might take federal action to ensure that the next recession is met with a robust nationwide Unemployment Insurance program. In broad strokes, Congress has two approaches to consider: to either fix state programs, or to replace them with a federal one.

To federalize, Congress could remove the tax and benefit authority from states to have a single tax schedule and single benefit determination.

To fix state programs, Congress might require states to raise taxes and benefits, using the deduction to the federal tax rate (from 6.0 to 0.6 percent) as leverage. Yet, so long as states are allowed to vary their tax base—and so long as they receive pressure from businesses to keep taxes as low as possible—such intermittent fixes might simply restart the race to the bottom.