To Lose a War 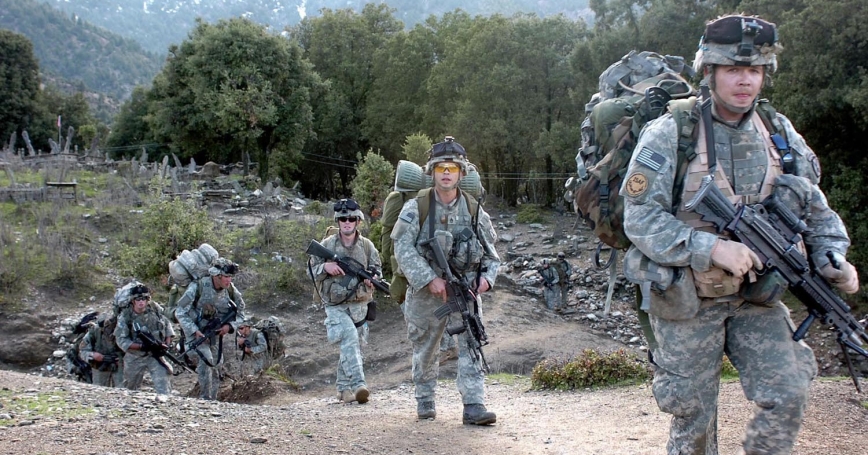 Soldiers in 3rd Platoon, Combat Company, 1-32 Infantry, return from a patrol near the villages of Tsapre and Aybat, Afghanistan, April 1, 2007

President Biden made the case for withdrawing U.S. forces from Afghanistan on the grounds that the country is no longer as important as it once was, while the United States faces new and graver threats elsewhere. That is true. He reassured the public that it would be possible to deal with any residual terrorist threat that might emerge from Afghanistan without maintaining an in-country U.S. military presence. That may also prove true, although the president's military and intelligence advisers are clearly dubious.

There are two further reasons for staying that the president did not address. One is the reputational damage that could be incurred by abandoning a partner in the midst of a fight. And not for the first time. The United States is developing a reputation for withdrawal under fire—first from Vietnam in 1973; then from Beirut following the U.S. Marine barracks bombing in 1983; then from Somalia in 1995 following the “Blackhawk Down” firefight; then from Iraq in what turned out to be a lull in the insurgency in 2011; and now from Afghanistan. It seems likely that the Taliban found encouragement from some of these earlier experiences, and that others will draw the lesson from Afghanistan that the United States doesn't have to be outfought, just outlasted.

Another consideration unaddressed by the president is the moral obligation Americans may feel toward the millions of Afghans who have, with U.S. encouragement, set about building a freer and more modern society. Their prospects are grim. In 2019 several of us at the nonprofit, nonpartisan RAND Corporation published a look at the consequences of an American withdrawal from Afghanistan.

Among other things, we found that other North Atlantic Treaty Organization (NATO) forces would also leave; that external economic and security assistance would diminish; that the government in Kabul would begin to lose influence and legitimacy; and that the Taliban would lose interest in negotiating peace. We further found that as the Taliban extended its control over territory and population, Afghanistan would descend into a wider multisided civil war, leading to a sharp rise in civilian deaths and refugee flows.

The U.S. departure will be seen as a victory for the Taliban and a defeat for the United States.

That there is no military solution to the war in Afghanistan has long been a staple of the American discourse. This has certainly not been the Taliban's view. President Biden's decision to withdraw unconditionally from an ongoing conflict is a decision to lose. The U.S. departure will be seen as a victory for the Taliban and a defeat for the United States.

The result will be a blow to American credibility, the weakening of deterrence and the value of American reassurance elsewhere, an increased terrorist threat emanating from the Afghan region, and the distinct possibility of a necessary return there one day under worse conditions.

James Dobbins, a senior fellow with the nonprofit, nonpartisan RAND Corporation, was the lead American negotiator at the 2001 Bonn Conference on Afghanistan and special representative for Afghanistan and Pakistan in 2013–14.

This commentary originally appeared on The Hill on April 26, 2021. Commentary gives RAND researchers a platform to convey insights based on their professional expertise and often on their peer-reviewed research and analysis.