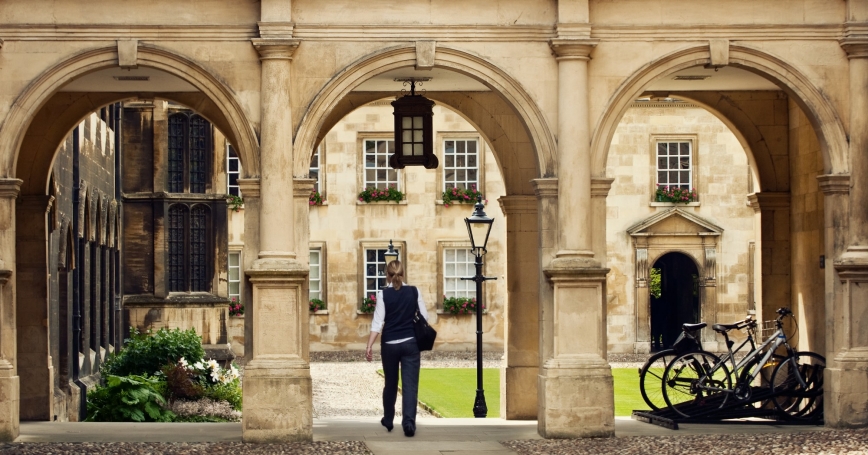 UK universities appear to have become a battleground for espionage and interference activities. From Chinese missile manufacturers setting up labs in the UK to autocracies shaping the research agenda of universities and confiscating papers on Taiwan, there is alarming evidence of growing Chinese espionage and influence that could threaten national security and academic freedoms.

Adding to this mound of evidence, a new RAND Europe study reveals that almost three-quarters of joint research centres established between UK universities and Chinese partners focus on sensitive areas with potential national security risks. These include synthetic biology, advanced materials, artificial intelligence, and satellite and space technologies. While some centres present little risk and bring about substantial economic and societal benefits, some may present notable national security risks because of their association with military-linked Chinese universities and entities.

This situation has long caused consternation in the UK government, which is now redoubling efforts to regulate foreign influence in academia through legislation. An amendment to the Higher Education (Freedom of Speech) Bill filled by Conservative MP Alicia Kearns in June could require universities to disclose sources of foreign funding. This could dovetail with the new National Security Bill, which, if passed, could criminalise covert activities by foreign agents on UK soil. It follows the National Security and Investment Act, which, in January, gave the government new powers to intervene in the foreign takeovers of assets with potential harm to national security.

But these are all examples of formal types of collaboration. The crux of the problem, as the RAND Europe study shows, is that the informal collaborations between academics—including within institutionalised structures such as joint research centres—lie beyond the scope of the legislation. Informal collaborative relationships between UK and Chinese researchers may develop organically out of encounters at conferences and through personal networks.

As Peter Hedges, head of the university research office at the University of Cambridge, told the Higher Education Policy Institute (PDF): “If a Chinese collaborator comes to the UK to meet one of our researchers who then stays for a few days and acquires some knowledge or understanding that they simply keep in their head to use when they get home, this risks circumventing any export control and [legal] procedures.”

In these cases, protecting UK national security interests may depend more on UK academics' own awareness of the potential risks of collaborating with certain Chinese partners. Yet Universities UK warned (PDF) in 2020 that there is a challenge in “institutional cultures where staff may be unaware of the risks or not sufficiently empowered to act on the risks that they have identified within the risk-management processes.”

As proposed in the RAND Europe study, three complementary initiatives could increase researchers' awareness of the potential risks of collaboration with certain Chinese actors. First, the government's newly created Research Collaboration Advice Team could develop a single portal that collects all governmental advice on research engagement with China to improve signposting and avoid mixed messaging. Some academics and administrators are confused by the wealth of available information put out by government departments—some of which have been perceived as having diverging views on what is permitted.

Second, some UK universities have developed significant expertise in managing collaboration with China. This could be better leveraged by the government. Examples include the establishment of forums or buddy systems, possibly as part of the new UKRI-funded training on export controls provided by Cranfield University and Universities UK.

Protecting UK national security interests may depend more on UK academics' own awareness of the potential risks of collaborating with certain Chinese partners.

Third, the integrated review of security, defence, development, and foreign policy, published last year, underlines the importance of developing a better understanding of China. As pointed out in a HEPI report published in March, the UK lacks sufficient knowledge of China to “make sensible decisions…regardless of the levels of scepticism or support for China's activities today.” More investment in China literacy—not just Mandarin language courses but also wider expertise in Chinese history, politics, and law—could help build a new generation of risk-cognisant academics and more-resilient universities.

Combined with the emerging legislative remedies, such measures could protect UK academia from certain Chinese actors while preserving positive relations with other benevolent Chinese partners.

Fiona Quimbre is a defence and security analyst at RAND Europe. She is the lead author of a new RAND Europe study exploring the opportunities and challenges of UK-China research collaboration, which was commissioned by the Foreign, Commonwealth, and Development Office. She holds a master's in China studies from Peking University and was a Yenching scholar.

This commentary originally appeared on Times Higher Education on July 8, 2022. Commentary gives RAND researchers a platform to convey insights based on their professional expertise and often on their peer-reviewed research and analysis.