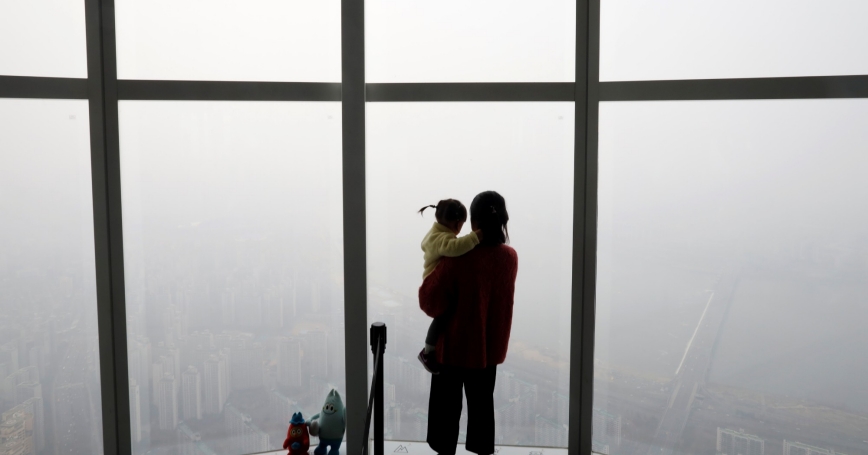 In 2021, South Korea's total fertility rate (TFR)—the number of children born to a typical woman over her lifetime—fell to 0.81, the lowest ever recorded in a highly developed democratic nation (see Figure 1). Of all 38 countries in the Organization for Economic Cooperation and Development (OECD), South Korea stands alone as the sole nation with TFR below 1 (the global average is 2.4; the OECD average is 1.61).

South Korea's demographic history, like its economic development, has been nothing short of extraordinary. When the nation exited the Korean War in 1953, it had a largely rural population and a TFR above 6. In the decades that followed, rapid growth and urbanization were matched by family planning policies, launched in the 1960s, but accelerating in the 70s and 80s, aimed at reducing birth rates. Fertility collapsed—leading to concerns over the potential social and economic repercussions. By the early 2000s, policymakers had dramatically reversed course, favoring a host of pro-natalist policies. But there is no evidence that these are working, and demographic trends look increasingly bleak.

Studies suggest that the complicated history of family planning as well as socioeconomic and political factors, including gender inequality, evolving familial structures and norms (PDF), and extremely high levels of social competition may all play roles in depressing birth rates (PDF) in South Korea. Yet, the nation's fertility decline is just one piece in a complicated gender puzzle.

In 2020, the United Nations' primary gender indices ranked the nation 11th and 26th highest in the world, on the surface portraying an egalitarian Korean society when measured by international standards for women's education, health care access, and income. But indices which capture inequities in agency, norms, rights, behaviors, and in relative achievement within the labor market and politics paint a different picture. One such index ranks the country an abysmal 108th, suggesting women are very often marginalized in the workplace, in the household, and throughout society.

Scope for policy targeting gender inequality is complicated by generational divides and the vehement politicization of gender in society. But the COVID-19 pandemic has provoked policy reflections and reform globally—and it may yet provide an opening for transformative policy changes in South Korea.

The acute impact of the pandemic appears to have exacerbated gender disparities and reduced fertility around the world. South Korea is no exception.

So far, the acute impact of the pandemic appears to have exacerbated gender disparities and reduced fertility around the world. South Korea is no exception. For an economy with historically high costs of homeownership and the world's highest cost of child rearing, pandemic stress is complicating marriage prospects in a society where men and women's socioeconomic status is highly scrutinized.

However, the pandemic also brings promise. For example, it has significantly accelerated telework, telehealth, and e-learning. Because households can opt to live in cheaper areas, remote work could place downward pressure on one major stressor, housing prices. Postponing marriage and childbirth is associated with difficulties maintaining a work-family balance, so any post-COVID workplace that encourages greater flexibility could also de-emphasize norms regarding excessive and inflexible work hours for both men and women. Closed schools during COVID-19 provided reminders that improvements in childcare access are vital social investments. Pandemic-induced workforce shortages may facilitate appreciation for women's workplace contributions, and improved worker bargaining power may yield additional full-time formal positions which attract more women to pursue careers.

Leveraging these outcomes could require consensus building and informed policymaking. Whether South Korea can do so to seize this opportunity remains to be seen.

Daniel Hicks is an applied economist; Jennifer Bouey is a senior policy researcher, Tang Chair for China Policy Studies, and an epidemiologist; and Jessie Wang is an adjunct labor and population fellow at the nonprofit, nonpartisan RAND Corporation.