Telemedicine Abortion? It's Not as Easy as It Sounds 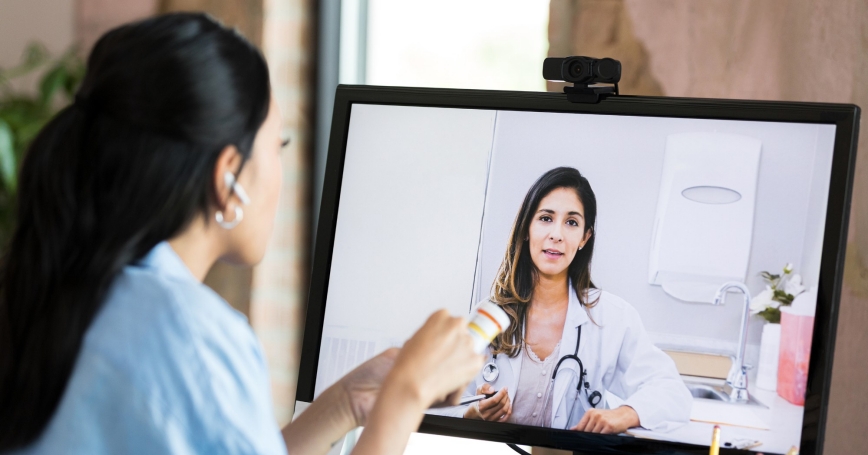 by Zachary Predmore and Julia Rollison

The Supreme Court decision overturning Roe v. Wade has providers and health advocates strategizing about how to provide more abortions where it is still legal—and expanding virtual medical appointments is one popular idea. Particularly in Washington, California, New Mexico, and Illinois, where there may be an influx of patients from neighboring states with abortion bans, telemedicine could help clinics and medical offices rapidly scale up.

The United States saw a massive 20-fold increase in telemedicine use during the COVID-19 pandemic, so more people are becoming familiar with its ins and outs. Telemedicine is also a safe way to prescribe medical abortion drugs to low-risk patients and can reduce back-and-forth travel to clinics for pre- or post-procedure appointments. But telemedicine isn't without shortcomings—and there are several that abortion providers should pay particular attention to.

To start, patients may be particularly worried about privacy. Women who obtain an abortion without the knowledge of a domestic partner may be unable to have a private virtual consultation at home. Others could be uncomfortable conducting such a telemedicine visit at work or school—locations people may more often use for routine telemedicine care.

Data security is another potential challenge. In a 2021 global survey (PDF) of those implementing telemedicine for health care providers, more than half said patients had canceled appointments because of data security or privacy concerns. With the potential criminalization of abortion in many states, people may not want to risk a digital footprint that could be accessed by prosecutors.

Equity of access remains a hurdle. Telemedicine requires a smartphone or video chatting technology and a reliable internet connection, which not everyone has. About 15 percent of households do not have a smartphone; 10 percent rely exclusively on less-reliable cellular data to access the internet.

Paradoxically, it might be younger people who are least familiar with telemedicine. They are less connected to the health care system in general; for instance, they are much less likely to have a primary care doctor than older generations. And according to our research, people were more likely to seek out telemedicine if they'd already used it for routine care.

Many women who could benefit from telemedicine abortion—those who are younger, rural, or poor—may be the least likely to seek it.

Telemedicine was also preferred by people who were wealthier, more highly educated, and living in urban areas. So many women who could benefit from telemedicine abortion—those who are younger, rural, or poor—may be the least likely to seek it.

Finally, patient preferences for care matter. If systems become inundated, telemedicine may become the default option, or one that is thrust upon some patients. But in recent surveys, RAND has found that two-thirds of patients prefer in-person visits.

This may be the only way to increase system capacity, but it's less than ideal for individual patients who, understandably, may prefer in-person consultation.

So what options are there for providers and policymakers?

Exploring audio-only telemedicine as a bridge. RAND found that many health clinics used audio-only telemedicine to ensure continuity of care in the early months of COVID-19. Given the documented safety of medication abortion prescribed without a video conference, care by phone could be a way to rapidly scale up services with minimal technical infrastructure. Still, video telemedicine is known to deliver higher-quality care, so clinics would still need financial support to make that transition.

Increasing access to safe and private spaces. States, counties, or cities could identify places for individuals to conduct these visits. Public libraries might dedicate private rooms for patients. Health care clinics that do not offer abortion services could also set aside rooms with iPads or computers for patients to access telemedicine abortion visits.

Raising awareness about telemedicine options. If telemedicine is to be more widely adopted for abortion, prospective patients need to understand its availability and have their questions about it easily answered. As more direct-to-consumer telemedicine abortion start-ups gain name recognition, people may become more open to exploring these as options for care. But in the meantime, state health departments could develop FAQ sheets or infographics for distribution to community-based organizations.

Not everyone is, or will be, eager to use telemedicine in general—let alone for abortion. But policymakers and clinics could take steps to make it more well-understood, easier to use, and more equitable.

This commentary originally appeared on The Hill on August 19, 2022. Commentary gives RAND researchers a platform to convey insights based on their professional expertise and often on their peer-reviewed research and analysis.