Cannabis Legalization in Europe: Planning Ahead 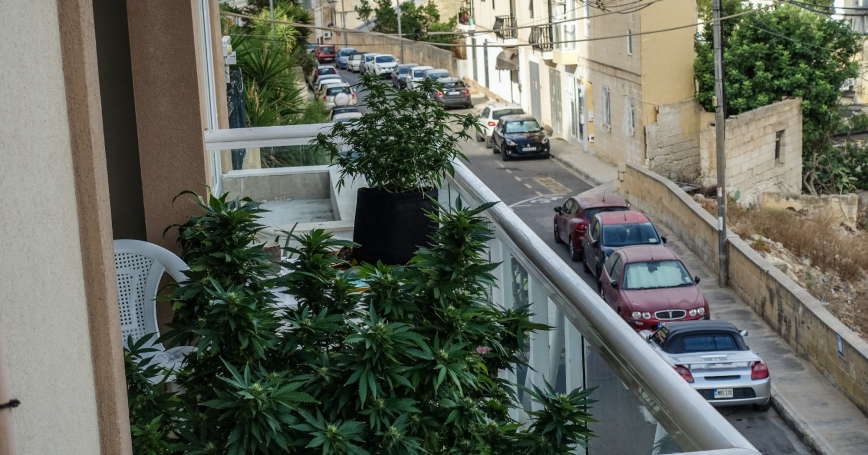 Since 2012, multiple jurisdictions have changed their laws (PDF) to legalize the production, possession, and use of cannabis for nonmedical purposes. While most of these changes took place in the Americas, there are signs that the European legal landscape might be changing too.

In July 2022, ministers from Germany, Luxembourg, and Malta met for a first high-level multilateral consultation on cannabis policy. In their joint statement (PDF), the three countries note that “the status quo is not a tenable option.” While in the last decades the tendency in Europe has been to reduce the legal penalties for cannabis use–related offences, it is the first time that European Union (EU) member states collectively expressed their views in such terms.

There have been earlier attempts to bring this matter to discussion within national parliaments (e.g. in 2018 in Belgium, in 2015 in Portugal) or via a referendum (e.g. earlier this year in Italy), but these efforts have been by and large unsuccessful. The most significant turning point happened at the end of 2021, when Malta became the first EU member state to approve legislation regulating two supply channels for nonmedical cannabis, home cultivation, and Cannabis Social Clubs.

Malta is not the only European nation pursuing this path. Luxembourg and Germany have both announced plans to reform their cannabis laws, and there are ongoing pilot trials or experiments involving the supply of cannabis in the Netherlands and Switzerland.

It is important to understand the choices policymakers are considering for the legal “supply architectures.”

Beyond noting these signs of change, it is important to understand the choices policymakers are considering for the legal “supply architectures” (i.e. how cannabis might be supplied, by whom, and under which conditions). The current debate and the new policies already introduced in Europe illustrate the range of possible options in this area. Luxembourg, for instance, is seeking to regulate home cultivation. This means that adults will be allowed to grow cannabis for their own consumption (in this case, four plants), but other means of acquiring the substance are not foreseen.

In addition to home cultivation, Malta has also regulated Cannabis Social Clubs (CSCs). CSCs can be seen as an extension of home cultivation: rather than having individual adult users grow their own cannabis, these nonprofit associations are allowed to collectively cultivate cannabis for their members only. The CSC model—which has a long tradition in Europe—is also being tested as part of the Swiss cannabis supply pilot trials.

In the Netherlands, the ongoing experiment involves a further development to the coffeeshop model. Coffeeshops have been permitted to sell cannabis since the 1970s, but retail sales are tolerated only under specific conditions. The experiment introduces a closed chain of cannabis production and distribution to coffeeshops—in an attempt to contain the issues around the so-called 'back door' (i.e. the unregulated supply of cannabis to coffeeshops). Finally, Germany might be considering a form of licensed stores for the distribution of cannabis—though further details are not known yet.

These policies seem to fall on both sides of the cannabis policy spectrum. Some constitute alternative models to the for-profit commercialization of the supply of cannabis (e.g. home cultivation, CSCs). Others seem to introduce some degree of commercialisation (e.g. licensed stores, coffeeshops). These choices are driven by different policy goals, from protecting public health to increasing government or private revenues. Understanding these goals, and the associated outcomes, will be critical in assessing the policy reforms.

When thinking about legalising the supply of cannabis, it is not only the design of the policies that warrants careful thinking. Having a plan for evaluation could be just as important.

Jurisdictions considering cannabis legalisation could benefit from assessing those outcomes (e.g. health, crime and justice, economic) prior to the rollout of the new policies. Without robust baseline measurements before the new policies are implemented, it could be difficult to determine the intended—and unintended—impacts of these reforms, and whether they accomplish their stated goals.

Of course, the short-term impacts of the policy changes will likely evolve in the longer term. But setting up strong data infrastructures to evaluate these changes at an early stage, before implementation, could allow policymakers to gain key knowledge. When thinking about legalising the supply of cannabis, it is not only the design of the policies that warrants careful thinking. Having a plan for evaluation could be just as important.

Mafalda Pardal is a senior analyst at RAND Europe.