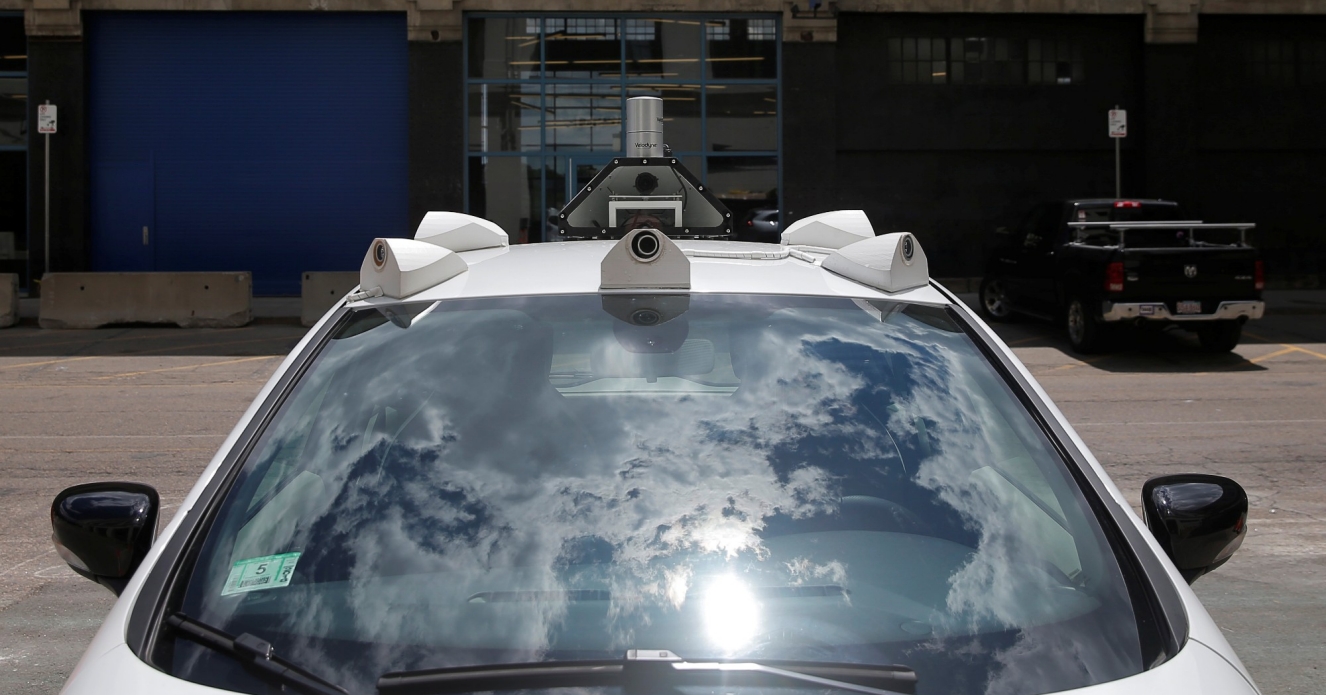 Why Waiting for Perfect Autonomous Vehicles May Cost Lives

Some people think autonomous vehicles must be nearly flawless before humans take their hands off the wheel. But RAND research shows that putting AVs on the road before they’re perfect improves the technology more quickly—and could save hundreds of thousands of lives over time.

When it comes to vehicles that drive themselves, perfection has a price. Requiring autonomous vehicles to be nearly flawless before putting them on the road could cost hundreds of thousands of lives, according to RAND researchers.

Mark Rosekind, when still chief regulator of the National Highway Transportation Safety Administration, noted the problem with waiting for perfect cars to replace imperfect human drivers on the road.

“We can’t stand idly by while we wait for the perfect,” Rosekind said at a symposium in 2016. “We lost 35,200 lives on our roads last year. … If we wait for perfect, we’ll be waiting for a very, very long time. How many lives might we be losing if we wait?”

To answer that question, RAND researchers Nidhi Kalra and David Groves have developed new tools that could help policymakers decide when to put autonomous vehicles on the road. The researchers found that introducing autonomous vehicles when they are just better than human drivers—as opposed to nearly perfect—could save hundreds of thousands of lives over 30 years.

“Waiting for the cars to perform flawlessly is a clear example of the perfect being the enemy of the good,” Kalra said.

Most Crashes Are Caused by Human Error

Kalra knows first-hand the consequences of driver error. At age 19, she survived a serious collision with a tractor-trailer. A driver in a merging car failed to see Kalra in his blind spot; Kalra overcorrected while avoiding him, and her car spun around and hit the big rig behind her. Both Kalra and the other driver were at fault.

In fact, more than 90 percent of crashes are caused by human error, such as speeding, miscalculating other drivers’ behaviors, or driving impaired.

“We’ve all heard the argument that autonomous vehicles are never drunk, distracted, or tired,” Groves said, "so they could reduce the huge number of crashes involving these factors."

In this article, the term autonomous vehicles refers to those vehicles at levels 3–5 of SAE’s taxonomy for motor vehicle automation:

In our formal research documentation, we refer to vehicles having this level of autonomy as highly automated vehicles.

Of course, autonomous vehicles aren’t perfect either, but they’re getting better. The machine learning algorithms that govern their performance rely largely on experiencing various road conditions and situations to improve. The more miles that autonomous vehicles travel—on different roads, in different environments, and under various weather conditions—the more quickly their safety improves.

However, developers today have only small fleets of autonomous vehicles traversing public roads with trained safety drivers behind the wheel, so those miles aren’t accumulating very rapidly. If autonomous vehicle use were widespread, the cars would travel more miles, learn much faster, and make safety gains more quickly.

Officials at the federal and state levels are debating the question of how safe the cars need to be before they can be introduced to the market. The federal Department of Transportation recently released its guidelines for companies developing autonomous vehicles. “The guidelines are voluntary—which may reflect uncertainty around what standards to apply, and how to test them,” Kalra said.

Congress has taken an interest in autonomous vehicles as well. The House passed a bill in September that would establish a national framework for regulation of self-driving vehicles and made it easier to create exemptions to get more vehicles on the road sooner. The Senate is currently working on its version of the bill.

Meanwhile, some states appear poised to let driverless vehicles be tested on public roads without human drivers on board—for example, as early as June 2018 in California. And many cities are competing to be testing hubs for the developers in hopes of getting a piece of a market estimated to hit $42 billion by 2025.

But while policymakers have been focused on the safety of autonomous vehicles now and in the future, Kalra and Groves say they also need to think about what happens in between.

“What we don’t think about is the trajectory that gets us from here to there,” Kalra said. “How important is it that autonomous vehicles are safe when they’re introduced versus how quickly they improve? Do we allow them on the roads when they’re like teenage drivers or do we wait for them to be as good as professional drivers? We’re helping to answer that question by quantifying the lives at stake.”

How important is it that autonomous vehicles are safe when they’re introduced, versus how quickly they improve?

Taking into account all these forces, Kalra and Groves developed a model to estimate the number of lives saved (or lost) over the coming decades under different scenarios of autonomous vehicle introduction, adoption, and improvement.

For example, what if autonomous vehicles are introduced when they’re only slightly safer than human drivers versus when they’re many times safer than people? How many lives will have been saved over the coming decades?

It’s 2020, and consumers can purchase autonomous vehicles that are 10 percent safer than the average human. Early adopters are waiting in line to buy one. But the majority of consumers are more skeptical.  In this scenario,  America’s demand for travel grows and, in a future without AVs, this leads to more fatalities.

Eventually, convenience and familiarity win over car buyers, and 40 years after their introduction autonomous vehicles account for 80 percent of all miles traveled in the United States.

Over time, autonomous vehicles improve and by 2035 they are nearly perfect—about 90 percent safer than today’s human drivers. By 2070, the cars will have saved an estimated 1.1 million lives since they were introduced.

in a future with autonomous vehicles.

In 2040, autonomous vehicles are rolled out to consumers. Because regulations require the cars to be almost perfect, the vehicles take 20 years longer to reach consumers than in scenario 1.

At this point, it’s not just early adopters who are reaching for their wallets, and in just 30 years autonomous vehicles account for 80 percent of U.S. miles traveled—a decade sooner than in the scenario above.

in a future with autonomous vehicles.

It might sound counterintuitive that waiting for safer cars would save fewer lives. But the most important factor is time. Kalra and Groves’s research shows that putting the cars on the road sooner—even if they're not perfect—can save more lives and improve the cars’ performance more quickly than waiting for perfection.

Of course, these are just two scenarios out of hundreds in which different assumptions shape both a future without AVs and a future with AVs. Modify four variables* in the interactive model below to explore more scenarios and their effect on estimated lives saved.

Create Your Own Scenario

Autonomous vehicles are introduced in , when they are compared to human drivers.

over 50 years in a future with autonomous vehicles.

* Develop more scenarios with a model that uses eight variables to shape the future safety and use of AVs and non-AVs.

“This tool helps change the conversation from one focused on how safe the cars are when they’re introduced to one that considers how even small safety advantages now can grow into the future—saving lives along the way,” Groves said. “It helps us ask a better question: What should we do today so that over time autonomous vehicles become as safe as possible as quickly as possible without sacrificing lives to get there?"

A major backlash against a crash caused by even a relatively safe autonomous vehicle could grind the industry to a halt.

While the numbers alone might suggest that autonomous vehicles should be allowed just as soon as they’re better than the average human, the researchers acknowledge that gaining public support is more complex.

“A major backlash against a crash caused by even a relatively safe autonomous vehicle could grind the industry to a halt—resulting in potentially the greatest loss of life over time. The right answer is probably somewhere in between introducing cars that are just better than average and waiting for them to be nearly perfect,” Kalra said.

Safety Isn’t the Only Deciding Factor

The safety of autonomous vehicles is not the only issue that will determine when they enter the consumer market. Others include liability for crashes, insurance markets, traffic laws, infrastructure needs, privacy, cybersecurity, and ethical concerns.

“Given all the ways in which autonomous vehicles could affect society, it's possible that regulators, lawmakers, and the industry collectively may not be able to deal with all these issues before autonomous vehicles become road-worthy,” Groves said.

The researchers point to another critical unknown: Once a safety threshold has been established, how can we tell when a particular model has achieved it? There isn’t an accepted method for gauging whether a car is nearly perfect or safer than a human driver.

“How do we know when the cars’ safety reaches a particular level of performance before they’re widely used?” Kalra said. “Once we can also answer that question, then we’re really onto something.”

Kalra’s interest in safer streets has only intensified since giving birth to her second child a few months ago. “Looking back on my car crash now, I’m amazed I walked away unscathed,” she said. “Looking forward, I hope my kids can safely get where they need to go—without ever needing a driver’s license.”

How RAND Tries to Forecast the Future

Many factors influence when and how autonomous vehicles are introduced to the roads, which makes accurate forecasting nearly impossible. To manage these uncertainties and estimate the potential results, RAND used a technique known as​ Robust Decision Making.

Interested in digging into the scenarios? RAND has made an extended version of the model available.

NOTE: This article was updated on December 22, 2017, to provide more clarity about the range of future scenarios investigated by researchers.

The research on which this article is based was conducted by RAND researchers within RAND Justice, Infrastructure, and Environment (JIE). The full report, The Enemy of Good: Estimating the Cost of Waiting for Perfect Autonomous Vehicles (by Nidhi Kalra and David G. Groves, 2017), was peer reviewed and published to RAND.org; it is free to read online or download for personal use. Learn more about RAND copyright and permissions.

During the development of this research and at the time of publication of the report, co-author Nidhi Kalra’s spouse served as co-founder and president of Nuro, a machine-learning and robotics start-up company engaged in autonomous vehicle development. He previously served as a principal engineer for Google’s driverless car project. Neither Kalra’s spouse nor the companies he has worked for had any influence on this report.