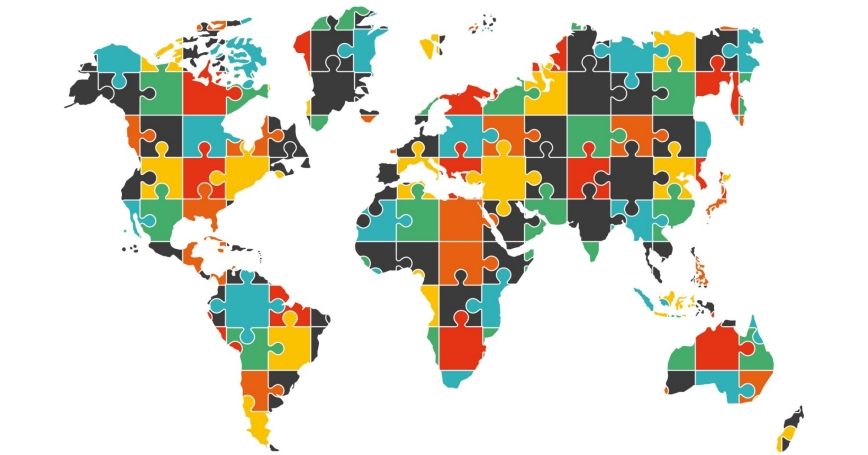 This essay is one piece of a two-part overview of the issues facing America's next president. Read about the domestic challenges here.

From Russia to North Korea to the slaughter in Syria, the next president will face foreign-policy challenges that test the very fundamentals of world order.

In recent months, RAND researchers have outlined the decisions that must be made, the dangers involved, and the least-bad options that now often pass for good ones. They have assessed the fight against ISIS, developed a peace plan for Syria, and mapped a future for the world economy.

Senior political scientist Michael J. Mazarr set the scene in a recent op-ed. “U.S. foreign policy over the coming decade,” he wrote, “is likely to focus on the task of managing relations among a collection of tough, ambitious great powers that are determined to shift at least some of the global balance of power away from the United States.” 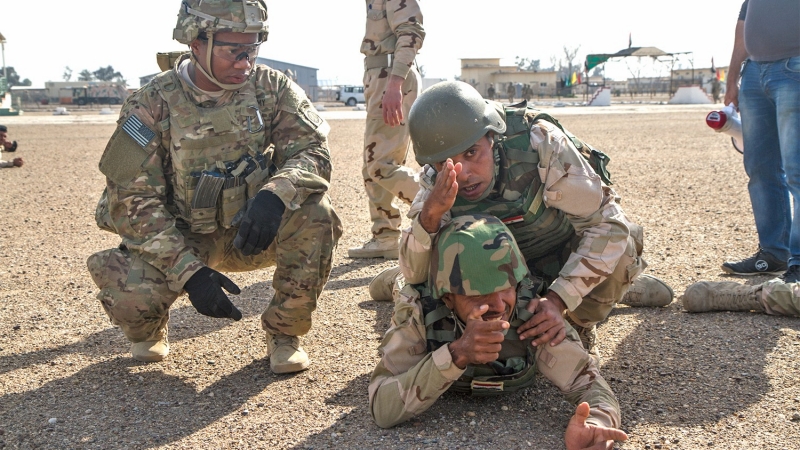 The Islamic State has been driven from some of its most important cities and now finds itself under siege in others. But defeating it on the battlefield is only the first step in what will be a long fight to dismantle what it stands for.

Western perceptions of the Islamic State as the command-and-control hub of an international terror corporation are misguided. Instead, it is a three-part threat, RAND experts wrote: the self-declared caliphate itself; its franchisees in places like Libya and Nigeria; and its ideology, open-sourced for anyone to claim.

The coalition fighting ISIS on the ground has made great strides since senior international policy analyst Linda Robinson traveled through the region in the early months of the campaign. She found that the local forces on the front lines were, with some exceptions, fragmented, outgunned, and unprepared to reliably hold ground. Her recommendations, that the United States and its partners provide significantly more training and equipment to those local fighters, have since become strategy.

ISIS's opponents on Arabic-language Twitter outnumber its supporters, six to one.

Success in the fight against ISIS will require further developing those local fighters into competent hold forces, she said, as well as establishing effective governance in Iraq and Syria.

But as an ideology, ISIS is only the symptom of a disease, not the underlying cause, senior policy analyst Andrew Liepman and political scientist Colin P. Clarke wrote. The coalition still must address the social and political forces that gave rise to ISIS, such as vicious sectarian divisions in Iraq and the civil war in Syria.

There is reason for optimism in an unlikely place. ISIS may be known for its deft use of social media, but a recent RAND analysis found that its opponents on Arabic-language Twitter outnumber its supporters, six to one. They could represent a potent force in the fight against the idea of ISIS. 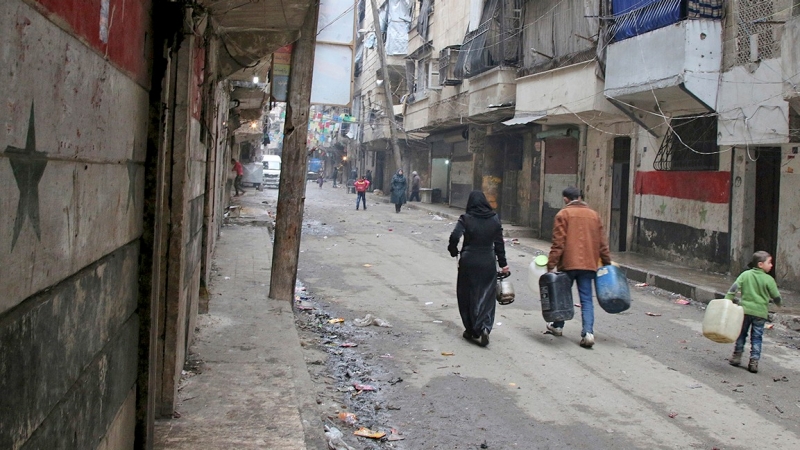 Civilians walk with containers for fuel and water in Aleppo, Syria, February 11, 2016

The United States can no longer afford to wait for a comprehensive political settlement to bring an end to the bloodletting in Syria. Its principal goal, at least for now, should be to establish and sustain an enduring ceasefire, even if that means postponing a decision on the homicidal regime of President Bashar al-Assad.

That is the only practical way to end the fighting, a team of RAND experts led by former ambassador and special envoy to Afghanistan James Dobbins concluded.

Their peace plan would freeze the conflict along existing battle lines, effectively dividing Syria into several semi-independent zones—one controlled by the regime, one or more by the Arab opposition, and another by the Kurds. At least some state authority would devolve to those groups, allowing them to govern the areas they now hold, with international oversight.

For now, America's main goal in Syria should be to establish and sustain an enduring ceasefire.

A fourth zone, the vast and desolate east of Syria, would remain a free-fire zone. There all sides could turn their attention to the destruction of a common enemy, the Islamic State.

A durable ceasefire would at least buy negotiators time to work out the future shape of a Syrian state—and the fate of the Assad regime—without the running clock of a daily body count. Anything else risks making “'the best' (that is, Assad's removal) the enemy of 'the good' (maintaining the ceasefire),” the RAND experts wrote—and ending up with the worst, a resumption of violence with no realistic plan to stop it.

Refugees: Lessening the Risk of Radicalization 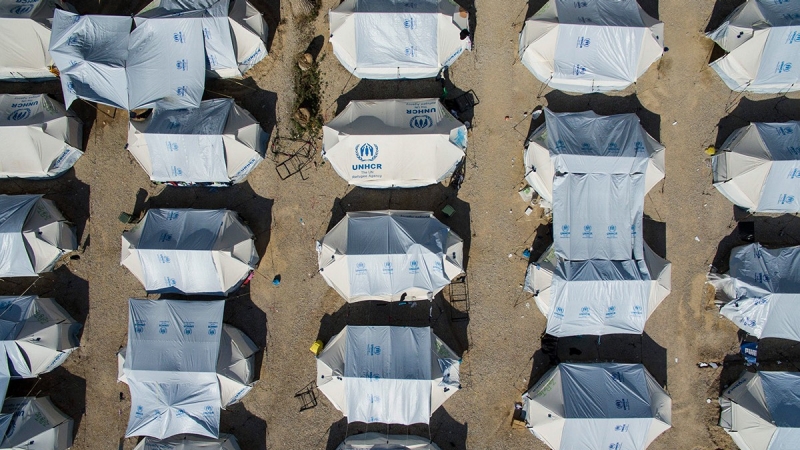 As millions of displaced Syrians crowded into desert camps and urban slums, RAND researchers sought to better understand the forces that pushed former waves of refugees into the arms of radicals.

Their study of more than half a dozen previous refugee crises, from Asia to Africa to the Middle East, identified several common threads that seem to lead toward greater risk of radicalization. They found, for example, that refugees kept in isolated camps, with little opportunity for work or education and little sense of security, have been especially vulnerable to infiltration by militant groups.

Those findings provide a guide to the international community as it struggles to accommodate refugees now and in the future in a way that lessens the risk of radicalization. Host countries, in particular, should allow refugees some freedom of movement, provide adequate security, and establish opportunities for youth beyond primary school.

Critical to those efforts, of course, is international support and funding that doesn't wane as a refugee crisis drags into years.

Some of that funding could support local businesses that employ both refugees and non-refugees, said senior political scientist Barbara Sude, the study's lead author. That would improve the lives of people on both sides and strengthen the ties between their communities— all good defenses against the threat of radicalization. 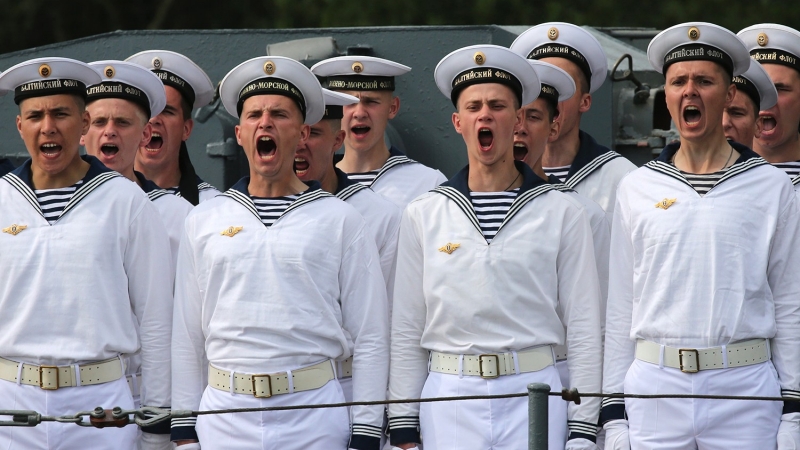 Photo by Igor Zarembo/Sputnik via AP

Sixty hours. In repeated war games at RAND, sixty hours is all it took Russian forces to punch through NATO's thin defenses in eastern Europe and reach the capitals of Estonia or Latvia.

It may seem unlikely that Russian President Vladimir Putin would risk war with NATO, senior research analysts David A. Shlapak and Michael Johnson wrote. But, as their games showed, the potential consequences if he did are so dire that it “may be less than prudent to allow hope to substitute for strategy.”

Both NATO and the United States have announced stepped-up troop rotations in eastern Europe, a good first step at reinforcing deterrence. But RAND's research concluded that NATO would need a force of about seven brigades—including three heavy armored brigades— on the ground, properly supported and backed by air power, to fundamentally change the strategic equation for Moscow.

If Putin risked war with NATO by invading the Baltics, the potential consequences would be dire.

That would represent a small part of overall spending of NATO member countries, Shlapak and Johnson wrote. Without further strengthening its eastern flank, they added, NATO will remain outnumbered, outranged, and outgunned.

At the same time, the United States should look for ways to engage Russia, Mazarr wrote. There are areas for mutual cooperation, he noted, such as counterterrorism and nonproliferation. Russia aspires to a respected position in the world order, he wrote—not “the role of hated troublemaker.” 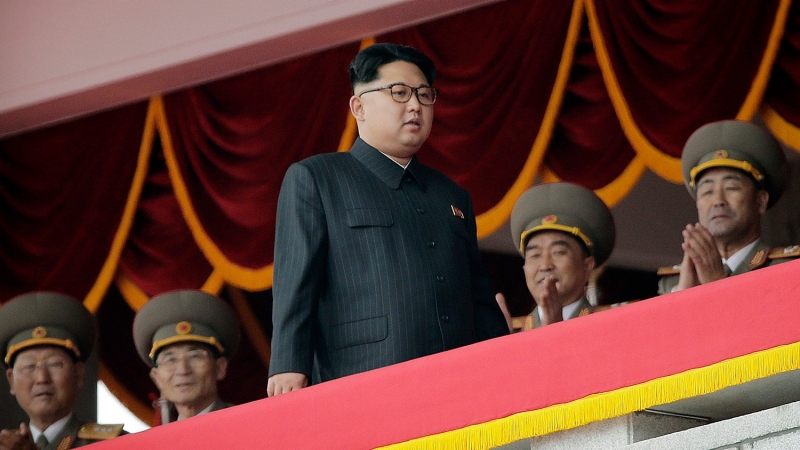 North Korean leader Kim Jong-Un watches a parade from a balcony at Kim Il-Sung Square in Pyongyang, May 10, 2016

An underground explosion in rural North Korea in early September rattled seismographs in South Korea and homes fifty miles away in China. It was North Korea's most powerful nuclear test to date, the latest escalation in one of the world's most dangerous guessing games.

This year alone, the erratic regime of leader Kim Jong-Un has test-fired more than 30 ballistic missiles, sent a rocket into space in what was widely seen as another missile test, and detonated two nuclear bombs. Those tests show that the North is determined to advance its weapons programs and the threat they pose, even in the face of ever-tightening international sanctions, senior defense analyst Bruce W. Bennett wrote.

The tests also call into question the United States' long-standing approach of “strategic patience” with North Korea, Bennett wrote. The U.S. sent two B-1 bombers over South Korea in a display of resolve after the September nuclear test, and has moved to deploy an advanced missile-defense system there.

The quickening pace of provocations from the North this year suggests a weak leader feeling more and more internal pressure, Bennett wrote—and seeking to divert attention through displays of force. That raises another troubling question for the international community: What would happen if the North Korean regime collapses?

That could plunge parts of the North into anarchy, leave its weapons of mass destruction exposed, and threaten civil war in a country with more than one million military and security personnel, Bennett said. At the same time, it would likely cut off food distribution, provoking a humanitarian disaster “even more serious than is normally the case in North Korea,” he said. 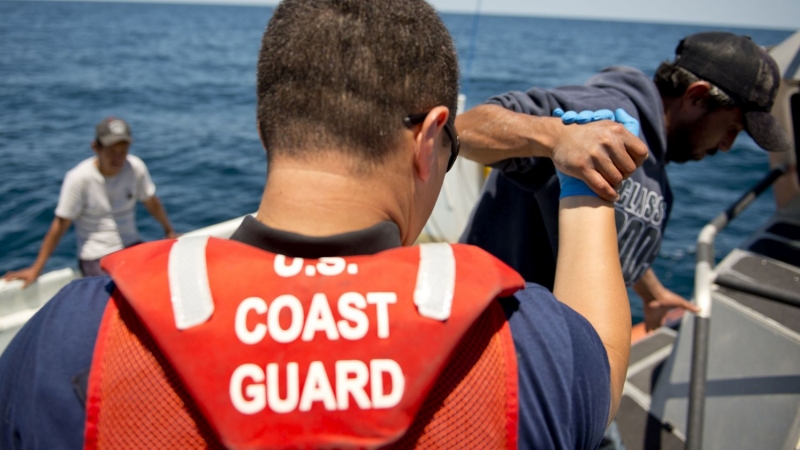 Coast Guard members from South Padre Island, Texas, detain Mexican nationals aboard a lancha after they were spotted fishing illegally in U.S. territorial waters, May 1, 2015

Nearly 40,000 unaccompanied children, fleeing poverty and violence in Central America, made the treacherous journey to America last year and were stopped at the border. Even more have been coming this year.

The United States is working with the governments of El Salvador, Honduras, and Guatemala to slow the exodus by stimulating economic growth, promoting education, and targeting criminal networks. But more needs to be done on this side of the border, senior policy researcher Daniel M. Gerstein and associate sociologist Ernesto F. L. Amaral wrote.

Given the numbers and the need, the most relevant question for policymakers may be how to best integrate those children allowed to stay into American society. U.S. officials should better monitor how children fare in their host families, in their schools, and in their communities, Gerstein and Amaral wrote.

History has repeatedly shown the futility of building “impenetrable” border walls to keep people out.

More broadly, America needs to streamline its immigration court system, with more judges to hear more cases in less time, Gerstein wrote in a separate paper. It also should invest in better technologies to secure the border and target suspect air and sea cargoes as well as individuals.

A wall across the southern border— “a thin brittle line,” in Gerstein's words—would only divert money and resources from those needed reforms. The evidence of history, he wrote, from the Great Wall of China to the French Maginot Line, has repeatedly shown the futility of building “impenetrable” barriers to keep people out. 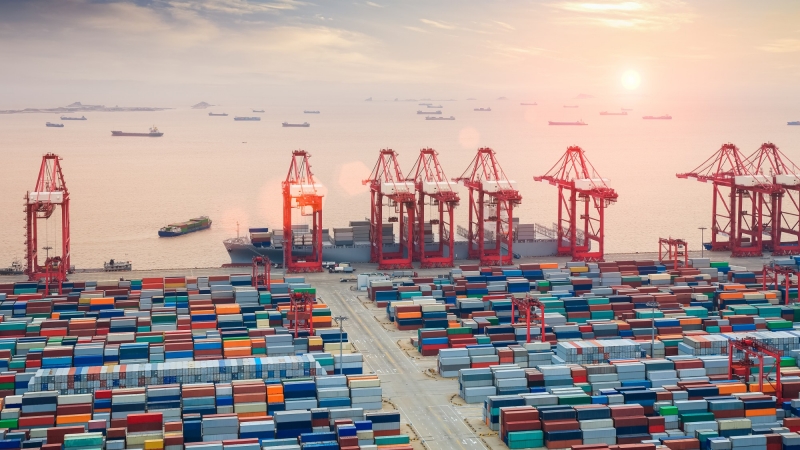 International free-trade deals may have few friends in presidential politics, but they could strengthen economies at home and abroad as the world adapts to some 21st-century realities.

America will remain the dominant player in the world economy for the foreseeable future. But it will have to accommodate rising world powers like China, as well as developing nations whose economies are growing while those of America's closest allies slip.

The United States stands to gain more from strengthening world economic institutions and rules—and engaging with those rising powers— than from pulling back, senior economist Howard J. Shatz wrote. Despite the rhetoric, trade and investment deals represent valuable tools in that effort—measured both in domestic dollars and cents and in the expansion of the world economy.

The United States should strive to maintain and strengthen the global system of trade it helped create.

This is a decisive moment for the world economy. The United States should strive to maintain and strengthen the global system of trade it helped create—“spurring growth so lives are improved,” Shatz said, “and demonstrating to countries that a U.S.-led economic system is a desirable one in which to participate.”