The Importance of Teaching Civic Responsibility in America 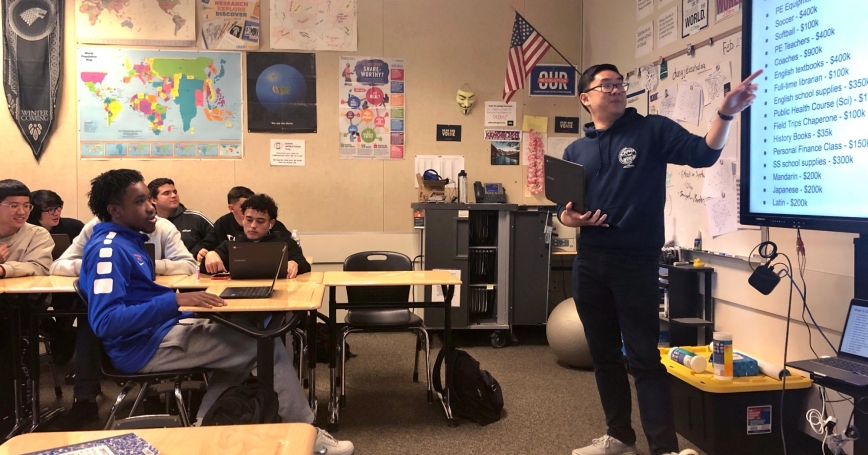 Závon Billups spends his days fighting for truth, struggling against apathy, and doing his best to counter the snarling partisanship that has consumed American politics. He is, in other words, a civics teacher. He describes his students as the change agents of the 21st century.

Civics was once the cornerstone of an American education. It's not even a graduation requirement in some places now—but that is starting to change. A growing number of states and school districts are re-recognizing a need for teachers like Billups to prepare their students for the sometimes-messy realities of democracy.

Researchers at RAND have focused on civics in recent years as a crucial front in the fight against “Truth Decay,” the diminishing role of facts and analysis in American public life. In a recent survey, they asked hundreds of civics and social studies teachers what they teach, how they teach it, and what they think students need to know to become those 21st-century change agents.

“It's about being able to get out into the thick of things and produce,” said Billups, who teaches eighth-grade civics at a Boston charter school. “I'm getting a bit lofty here, but you need these specific skills to succeed in our current climate. You need to see yourself as a stakeholder, as someone who's participating, not just someone who learned about it from a book.”

Civics today covers much more than just how a bill becomes a law, RAND's survey found. Most of the high school teachers who responded said their students “absolutely” need to learn to be tolerant of different people and groups. They wanted their students to see themselves as global citizens, to develop good work habits, and to embrace the responsibilities of government by the people. 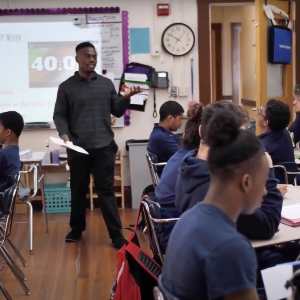 They weren't overly concerned that students memorize the 50 states, or learn about important periods in American history. Barely two-thirds thought it was “absolutely essential” that their students know the protections guaranteed by the Bill of Rights. Yet they were at least somewhat confident that their students would pick up those basics by the time they graduate anyway.

“It's so easy now to look things up on the internet that teachers may think it's less important to promote memorization,” study coauthor Laura Hamilton said. “Some educators argue that it's more important to give students the tools they need to find that information and apply it in the real world.”

Those findings echo concerns RAND researchers have raised as they work to better understand and counter Truth Decay. Two of the biggest trends they've identified, in fact, are a deepening sense of distrust among Americans, and a growing disagreement over what is even true to begin with. Both flourish when that line between fact and opinion blurs. “Teachers are clearly concerned that students are not able to make sense of the media they're using to obtain information,” Hamilton said.

In Jayson Chang's classes at Santa Teresa High School in San Jose, Calif., students start learning to detect bias—including their own—from the ring of the first bell. He opened his civics course this fall with a pop quiz. He'd call out a name or a phrase—“Donald Trump,” “Black Lives Matter”—and his students would answer with whatever words came to mind. His point became clear pretty quickly.

More than 10 percent of teachers thought the civics materials their district provides are factually inaccurate or culturally inappropriate.

“A lot of us just skim through the news without realizing how one verb, one adjective, can completely change the narrative,” Chang said. “At the end of the day, how a bill becomes law, I cover it, but most of us are pretty disconnected from that process. If I can make my students think about how they consume the news, how they approach and have conversations with other people, that is how we get an active citizenry, an empowered and informed citizenry.”

RAND's survey found one other reason for concern in America's civics classrooms. Teachers need more support, and better materials, to really hold the line against Truth Decay. Many reported spending four or more hours every week digging up news clips, historical documents, or other materials to use in class. A possible reason for that: More than 10 percent thought the materials their district provides are factually inaccurate or culturally inappropriate.

That suggests there's an opening for schools to do more to help their students put some context to current events; understand how institutions work, and how they should work; and guard against the creeping spread of Truth Decay.

“This hopefully will push states, school districts, and other advocates to think more about the need for better materials in civics and more training for teachers,” study coauthor and senior policy researcher Julia Kaufman said. “We're entering this pivotal moment when heightened use of media is happening at the same time there's growing distrust of government and other institutions. So there's a growing need for schools to really focus on civic development.”

In Boston, Závon Billups has a not-so-simple test to see whether his students are ready to become 21st-century change agents. He spins a wheel to pick a topic, and then two students have to share their thoughts on it—not debate it, not try to win points, but educate each other about where they stand. “I'm not here to police what my students think, but to make sure they have the tools to express it,” he said.

On the other side of the country, the students taking Chang's pop quizzes are mostly high school seniors who will graduate this spring. So he uses a different measure of success. “A lot of them,” he said, “are voters now.”