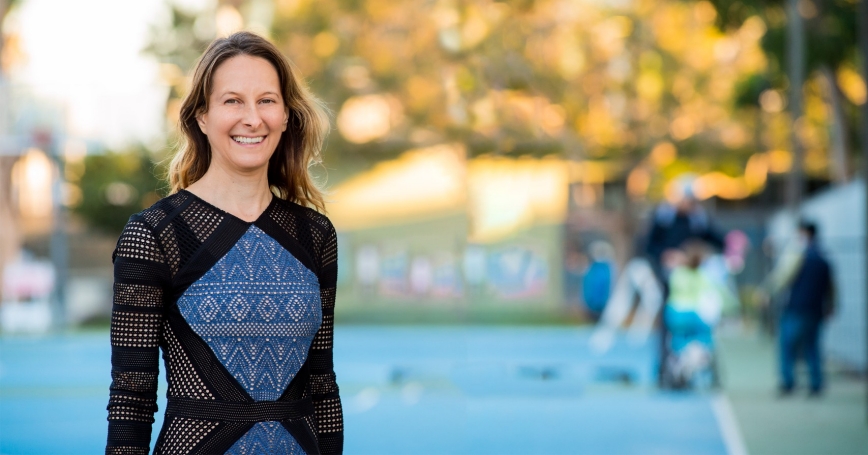 The rapid development of vaccines to fight COVID-19 has presented Americans with an urgent new question: Would you get one? Polls in the fall, before the vaccines were announced, suggested that many Americans had their doubts. And Black Americans, in particular, were especially likely to question whether a vaccine would be safe or effective.

Laura Bogart studies medical mistrust, especially in the Black community, as a senior behavioral scientist at RAND. Her research has shown how centuries of oppression and unethical medical experimentation became a barrier to effective treatment for Black Americans during the HIV epidemic. Her most recent paper laid out a model for how discrimination feeds mistrust and conspiracy beliefs at the individual level, becoming a direct impediment to care and treatment.

A social psychologist by training, Bogart specializes in working with communities to better understand and address health disparities, especially related to HIV. Her research has helped improve access to treatment for communities not just in the United States, but also in Botswana, South Africa, and Uganda.

What made you start studying medical mistrust as a barrier to treatment?

I started working in the HIV field in the late 1990s, and new treatments were just coming out. I was talking to people in the community, social service staff, and they were telling me they were hearing a lot of mistrust. There were what people call conspiracy beliefs about the role of the government in allowing HIV to spread in Black communities, or deliberately withholding a cure. And staff at these agencies didn't know how to respond, how to convince people to take these new treatments.

What drives that mistrust?

The important thing to recognize is that it's rational; it's understandable that people who have been discriminated against would put their guard up. It's a survival mechanism. And any intervention really needs to acknowledge that as a first step. We know where people are coming from, we know discrimination is real—and so it makes sense that people who have been discriminated against might not trust national entities like the health care system.

How widespread is that kind of mistrust?

It makes sense that people who have been discriminated against might not trust national entities like the health care system.

We've done two national surveys of Black Americans, one in 2002–03, and then one in 2016. Both found high levels of mistrust. Around 40 percent of the people in the 2016 survey said they think there's a cure for HIV that's being withheld from the poor, for example. Only around 18 percent thought the government usually tells the truth around health issues, and that was down from 37 percent in 2002–03.

I think we would probably find even worse results today. Health issues have become so politicized, especially now in the era of COVID-19. People think you have to believe one thing if you're on one side of the political spectrum, and something else if you're on the other.

What does that say about acceptance of a COVID-19 vaccine?

We need to better understand what people's specific concerns are so we can design interventions that address their mistrust. I did a small study of 101 Black adults living with HIV about COVID-19 mistrust. We found that 60 percent said the government can't be trusted to tell the truth about COVID-19. About half said they're worried a vaccine might be harmful. A third said they wouldn't want to take it—and that was back in May and June of 2020.

How can the health care system respond to that?

One lesson we've seen clearly with HIV is that you can't do anything without working directly with the key stakeholders in a community. And any response needs to be tailored to the community; what works in L.A. might not work in New York. One thing that I think might come out of this is taking more of an approach like we do with HIV, which is to convene local community stakeholders to figure out what works for their community. For example, offering vaccinations in nonmedical settings—and those settings might vary depending on what settings are most trusted in the community.

How would you design an intervention for a COVID-19 vaccine?

When I first started working in this field, I would hear from people, “Oh, these HIV treatments are poison, I would never take them.” And some health care providers would say, “Well, you have to take them; they work.” What we know from psychology is that just telling someone to do something rarely works. They have to be convinced themselves, they have to be motivated themselves.

So we've developed interventions in which peer counselors are trained to use nonjudgmental, nonconfrontational forms of communication. They acknowledge mistrust, and the roots of mistrust, before introducing any new information about a medicine or treatment. We've developed and tested this kind of motivational interviewing strategy with HIV, and we're hoping we can develop more provider training that we could expand to other conditions.

We're also conducting a RAND-funded study with 200 Black participants on COVID-19 vaccine hesitancy. As part of the study, we've been convening a community stakeholder board to consider the results and help identify strategies and policies. The goal is to address COVID-19–related racial inequities, especially those related to a vaccine.