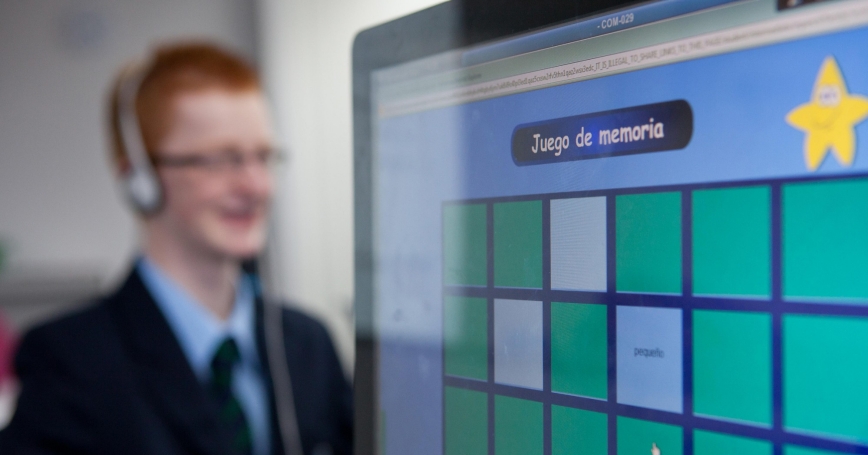 A student listens through headphones to an exercise in a Spanish class in Steveange, UK

Nearly one in five people around the world can speak English. For all its odd sounds and tricky spellings, it is the global language of business, science, entertainment, and diplomacy. Companies like Airbus in France, Nokia in Finland, and e-commerce giant Rakuten in Japan may not have much in common—but they all share English as their official corporate language.

But then again, if one in five people can speak English, that means the other four cannot. A new study from RAND Europe looked at how much the United Kingdom could gain if it spent a little more time learning other languages. If just 10 percent more students mastered Arabic, Mandarin, French, or Spanish, researchers found, the economic returns could be measured in billions of British pounds.

“We're not saying everybody should now stop learning math and science and just put all their eggs into the language basket,” said Marco Hafner, a senior economist and research leader at RAND Europe—who, as a native of Switzerland, grew up with four official languages. “But if the UK wants to become a bigger player on the international field again, it's going to need to invest in other languages. It can't continue to rely on English always being the global language.”

Hafner is an expert at putting dollar and pound figures on health and social challenges. He has shown, for example, that the wealthy countries of the world stand to lose hundreds of billions of dollars in trade and productivity if they don't help lower-income countries vaccinate their people against COVID-19. He has estimated the value of getting enough exercise (up to $338 billion per year worldwide), getting enough sleep (up to $411 billion every year in the United States alone), and not having to get up multiple times in the middle of the night to use the bathroom ($44 billion per year in greater daytime productivity, just in the United States).

A linguistics professor at Cambridge University challenged him to do the same kind of study for learning languages. It was not an idle request. In 2004, the UK dropped a requirement that all high school–age students learn a second language, and language study collapsed. Nearly 90 percent of young adults in Europe can read and write in a second language. In the UK, the number now is closer to 30 percent.

Hafner and his team built a mathematical model of trade flows across countries, taking into account everything from the distances involved to the strength of cultural and colonial ties. They found that not speaking a common language acted as a kind of tax. It made doing business that much more difficult and expensive, and that much less attractive.

Then they looked at what would happen if the UK cut that tax.

If 10 percent more secondary students learned to speak Arabic well enough to use it in a business meeting, the economic gains would add up to around £928 million by 2050. Ten percent more Mandarin speakers would add another £717 million. French would be worth £673 million, and Spanish, £631 million.

Greater fluency in Arabic, Mandarin, French, and Spanish would boost the UK economy by at least £43 billion through 2050.

That's just in direct trade—greater exports, more demand for British services. But consumers would also find more products on store shelves, with lower prices. And workers would find it easier to land a good-paying job. When the researchers added in those benefits, they found that greater fluency in those four languages would boost the UK economy by at least £43 billion through 2050.

One British pound is worth around 1.25 U.S. dollars. So that works out to nearly $54 billion.

“If people speak more, if they can communicate better, that reduces trade costs because you remove the language barrier,” Hafner said. “If you want to set up a subsidiary in China, you really need to speak the language when you go over there if you want to be successful.” 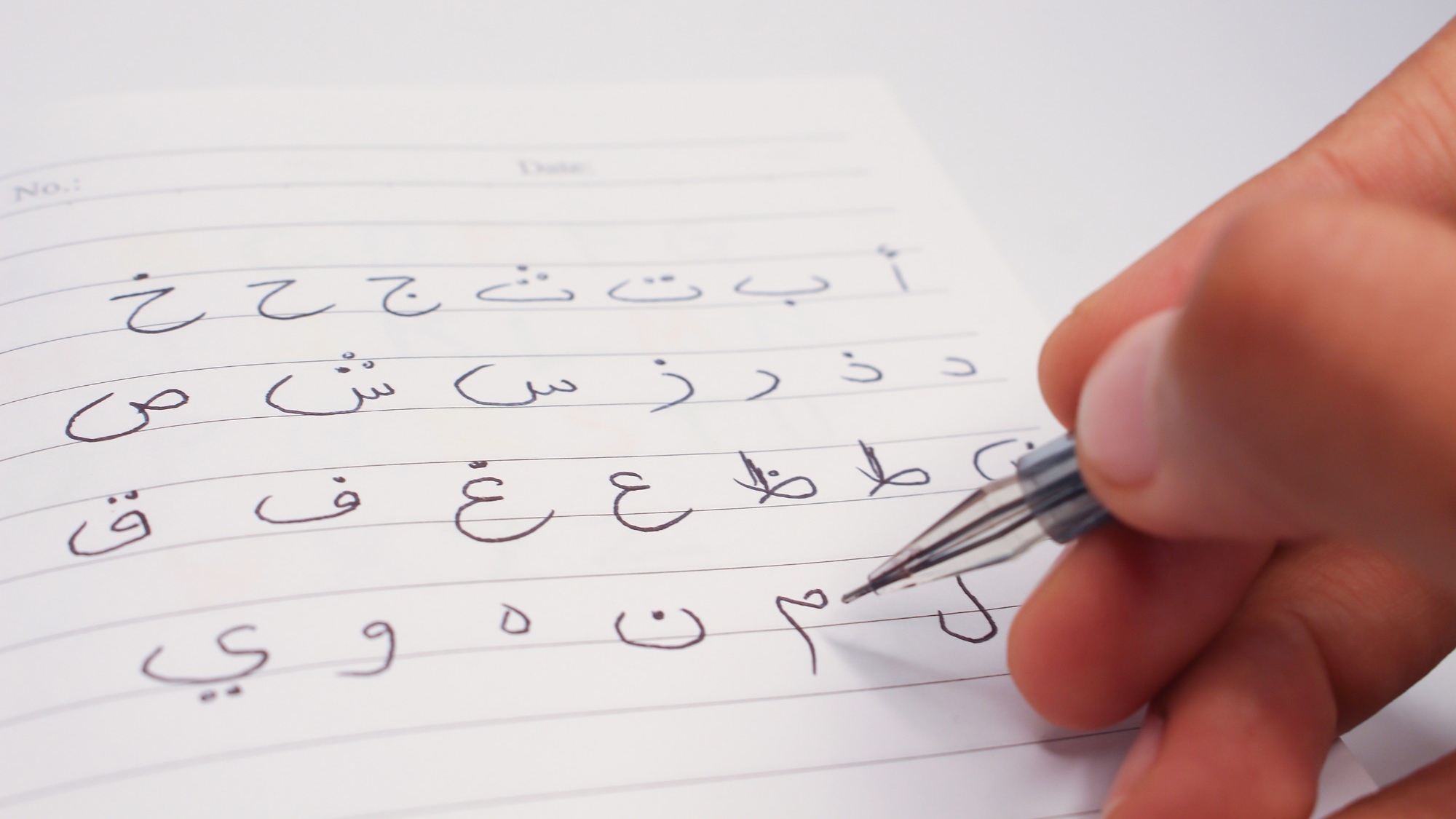 The UK has estimated that a free-trade deal with Japan would be worth around £1.5 billion over 15 years. Greater attention to learning languages, RAND Europe found, could be worth £2.9 billion over the same time period. Even assuming that it would cost £480 per student per year to offer more language classes—the price of an intensive Mandarin program available in the UK—the economic returns would still likely be two to one.

It's hard to make direct comparisons with the United States, where more than 20 percent of people speak a language other than English at home. U.S. studies have historically found mixed, or even negative, economic returns to bilingualism—at least partly because the data are skewed by Spanish-speaking immigrants working long hours for very low pay. But some have found that studying a second language can boost future earnings by a few percentage points.

In the UK, news headlines have warned for years of a looming “language crisis.” Wales now requires students to learn English, Welsh, and a third language. Scotland, likewise, requires English plus two other languages. A recent report from the influential British Council described the need to refocus on foreign languages as critical. Otherwise, it warned, the UK stands to lose not just business opportunities, but cultural awareness in a globalized world.

Hafner and his team have presented their findings to members of parliament and to the UK Department of Education. “We hope it at least sparks a discussion about the need for language education, and the potential benefits,” Hafner said, “especially if Britain wants to become a more important global player.”

After all, he said, “French used to be the world language, and look where we are now.”