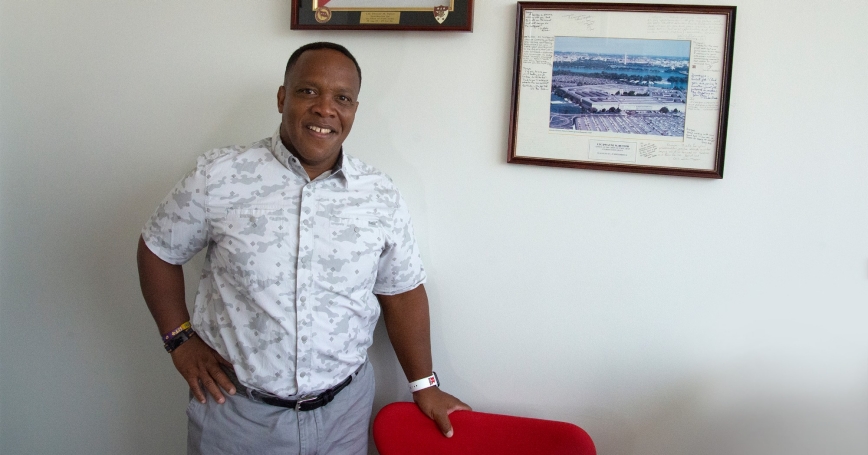 Dwayne Butler served for 20 years in the U.S. Army, in positions that took him from the battlefield to the inner circles of the Pentagon. His approach to research at RAND is still Army-officer direct: “Problems should be solved,” he said, “and I'm a problem solver.”

His resume runs to 11 pages. He's been a battalion commander in Iraq, a logistics officer, the executive officer of a commission investigating care at then–Walter Reed Army Medical Center, and a speechwriter to the Army chief of staff. He also has two bachelor's degrees, a master's degree, and two doctorates.

At RAND, he's a senior management scientist whose research has covered topics ranging from leadership to adult education to military strategy and homeland security. His recent work has focused on helping the U.S. Department of Defense (DoD) and individual service branches promote diversity, equity, and inclusion.

What experiences from your time in the Army stand out to you now as foundational to the work you do at RAND?

I was second in command of a battalion inside a Stryker combat brigade in Iraq when they pulled me out to become a speechwriter for the chief of staff of the Army. I went into that assignment a little reluctantly. But what I learned is that as a speechwriter, you're principally a researcher. You conduct the analysis, you provide evidence, you craft the message. That assignment really informed my professional path in ways I hadn't anticipated.

What lessons did you take from the military that you apply now to your work on improving diversity, equity, and inclusion? 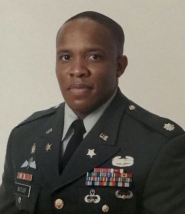 I come in and I look at organizational systems, how major organizations run, and that goes back to my Army experience. I care less about changing the hearts and minds of the naysayers than I do about establishing effective institutional mechanisms. To simply say, “Advancing diversity, equity, and inclusion is the right thing to do”—that is not always enough for some people. But if you can point to how it affects readiness, how it affects battlefield outcomes, how it affects the bottom line, now they're listening. That's what matters to them. I can talk that language.

What's one finding from your research that you wish more people knew about?

Until there are more underrepresented people in true seats of power and until we reduce the wealth gap, no change is real.

You'll hear hiring managers at large organizations say, “We have a diverse pool of candidates.” Great. Then they'll say, “And we rounded that out with a diverse selection committee,” and they pat themselves on the back. But then we ask about how many diverse candidates they hired. “Oh, that's protected data,” or “We don't track that,” or “They're the same numbers they've been since the 1950s.”

People often fall back on this idea that there aren't enough underrepresented people coming up through the pipeline. But if you were to go to five or six institutes of higher learning right now, you couldn't come back with ten qualified candidates?

It's a study on increasing senior leader representation across the DoD. We identified four groups that can determine—through their words and actions—whether a large organization like the DoD can meet its goals.

First, there are the underrepresented people themselves, who might avoid or be discouraged from pursuing certain career paths. Then there are the so-called allies, who talk about underrepresented people sometimes without them even being at the table. Next, we have the neutrals, who aren't invested either way. And finally, the obstructionists, the racists, all the -ists who want to keep the existing power structures in place.

One of the things we found is just how important it is for leadership to set the tone. That sounds trivial, but it's not. Case in point: One of the services set up a working group to look at these issues. A senior officer said, “I'm not sure we need this.” Why, in this day and age, would you communicate that? When leaders undermine themselves like that, that's a problem.

What motivates the work that you do now?

My parents were both government employees. My mother worked for NASA and the DoD, and my dad was an Army officer before becoming a career FBI agent. They instilled in me an attitude of service, to the nation and to others. I came to RAND because I wanted to still have an impact on national security and to give back. Leaving a legacy is nice as well—I did that in the Army, and I wanted to do that here.