RAND Project AIR FORCE Presents: Planning for Climate Resilience in the Department of the Air Force 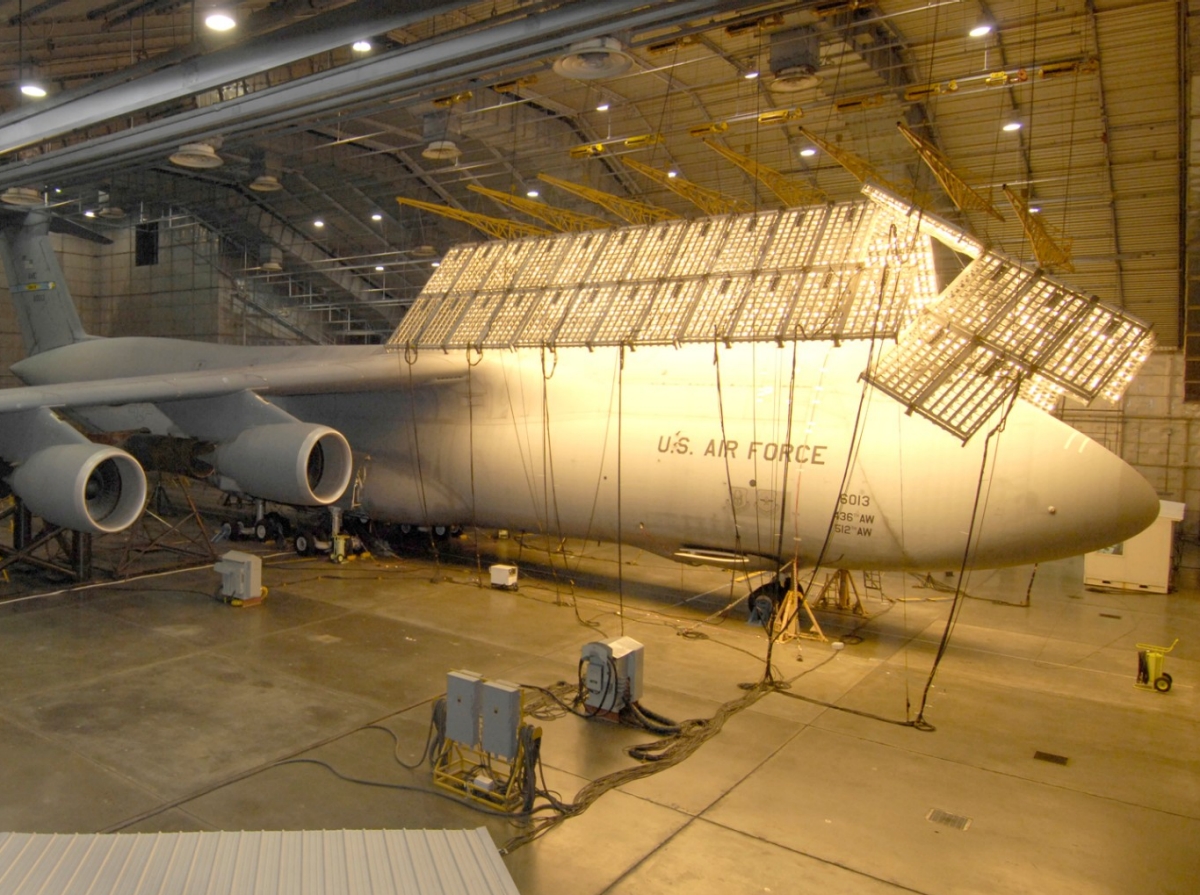 A C-5M Super Galaxy undergoes extreme heat and ultraviolet exposure at the McKinley Climatic Laboratory. Episodes of extreme heat and extreme cold are becoming more common as the world barrels toward a more volatile climate.

The October 2022 Department of the Air Force Climate Action Plan noted that extreme weather and other climate-related environmental conditions present "acute challenges" for Air and Space Force capabilities to meet operational needs. Climate effects have implications for operational readiness, global posture, installation and energy infrastructure, and other operational enablers. Resilience to climate effects is therefore not tangential to other Department of the Air Force priorities, but rather a critical factor in support of broader national goals. This panel will explore the implications of climate change for Department of the Air Force missions and capabilities and develop innovative approaches for climate-informed planning and decisionmaking. We will discuss potential security, strategic, and geopolitical implications of climate effects; the use of wargames to understand the operational implications of climate change; and analytic methods for prioritizing resilience investments to mitigate risks to installation and energy infrastructure.

The panel will feature:

Stephanie Young is a senior political scientist at the RAND Corporation, and director of the Resource Management Program at RAND Project AIR FORCE. She manages a diverse portfolio of research in support of the Department of the Air Force on topics related to acquisition, logistics, industrial base, sustainment, installations/infrastructure, and organizational design. Her primary research interests relate to defense acquisition; budgeting; the planning, programming, budgeting, and execution system (PPBE); and broader resource allocation decisionmaking, but other recent work has focused on strategic competition, security cooperation and building partner capacity, countering-weapons of mass destruction, and U.S. policy in the Middle East and South Asia. In 2012 she spent three months as an analyst embedded with the Special Operations Joint Task Force–Afghanistan, in Kabul. At RAND she also taught a Ph.D. level course on the U.S. defense budget at the Pardee RAND Graduate School, and she previously served as the associate research department director of RAND's Defense and Political Sciences Department. She was educated at the University of California, Berkeley, where she earned a Ph.D. in history and a B.A. in physics and astrophysics.

SES, Acting Assistant Secretary of the Air Force for Energy, Installations, and Environment

Edwin H. Oshiba, a member of the Senior Executive Service, is the Acting Assistant Secretary of the Air Force for Energy, Installations, and Environment, Department of the Air Force, the Pentagon, Arlington, Virginia. Mr. Oshiba is responsible for the formulation, review and execution of plans, policies, programs and budgets to meet Air Force installations, energy, environment, safety and occupational health objectives. Mr. Oshiba was commissioned in the Air Force in 1989 upon graduation from Santa Clara University. He commanded three civil engineer squadrons and an expeditionary Prime Base Engineer Emergency Force, or Prime BEEF, group and served in a variety of positions at garrison, major command and Headquarters U.S. Air Force levels. He retired in 2015 at the rank of colonel and has since served as the Deputy Director of Civil Engineers, Deputy Chief of Staff for Logistics, Engineering and Force Protection, Headquarters U.S. Air Force, Arlington, Virginia, and Director, Air Force Civil Engineer Center, San Antonio, Texas. In his latest position as Director of Resource Integration, Deputy Chief of Staff of Logistics, Engineering and Force Protection, Headquarters U.S. Air Force, he was responsible for the planning, programming and budgeting of weapons systems sustainment, equipment, and logistics and installations resource requirements. In this role, Mr. Oshiba monitored performance of operations and maintenance, working capital funds and investment programs, participated in program and financial review groups and advocated for financial adjustments to optimize force readiness. He also oversaw preparation and defense of these Air Force programs for the Office of the Secretary of Defense, Office of Management and Budget and Congress.

Bryan Frederick (he/him) is the associate director of the Strategy and Doctrine Program within RAND Project AIR FORCE, and a senior political scientist at the RAND Corporation. His research interests include strategic competition, interstate deterrence and escalation, conflict forecasting, military interventions, territorial disputes, international norms, the law of armed conflict, and regional security issues in Europe, East Asia, South Asia, and the Middle East. He has previously worked at the International Crisis Group, and the Issue Correlates of War Project. He completed his Ph.D. in International Relations at the Johns Hopkins School of Advanced International Studies (SAIS) in 2012, his M.A. from Johns Hopkins SAIS in 2002, and his B.A. in Philosophy from Williams College in 1998.

Abbie Tingstad is an associate director of the Management, Technology, and Capabilities Program (MTC) in the Homeland Security Research Division, codirector of the Climate Resilience Center, and a senior physical scientist at the RAND Corporation. Her research focuses on issues related to strategy and planning in defense and homeland security, and for the environment. Research examples include: examining different pathways for Arctic development, documenting the Arctic capabilities of the U.S. Armed Forces, enhancing resilience of water and energy utilities, analyzing needs for digital modernization, understanding priorities for technology research & development, and developing methods for foresight activities including analytic gaming.

Anu Narayanan is associate director of the Forces and Logistics Program within RAND Arroyo Center, a senior engineer at the RAND Corporation, and professor of policy analysis at the Pardee RAND Graduate School. Her research focuses on the intersection of critical infrastructure and national security. She has led or conducted studies for the Department of the Air Force, the Office of the Secretary of Defense, the Department of Homeland Security, and the Department of Energy on a range of topics including installation resilience to natural hazards and climate change, cybersecurity of the electric power grid, mission assurance, strategic basing, data analytics for critical infrastructure risk management, and disaster response and recovery. Narayanan holds a Ph.D. in engineering and public policy from Carnegie Mellon University