Dr. Raynard Kington, head of school at the Phillips Academy Andover, was elected to the RAND Corporation Board of Trustees, RAND President and CEO Michael D. Rich announced today. 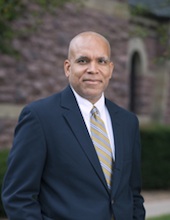 Dr. Kington became the 16th head of school at Andover in July of 2020 after serving for 10 years as the president of Grinnell College. Prior to Grinnell, Dr. Kington served in the public sector as the deputy director and acting director at the National Institutes of Health, and as a division director at the Centers for Disease Control and Prevention. Earlier in his career, he also was a senior scientist at RAND and an assistant professor of medicine at UCLA.

“It is an honor to welcome Raynard back to the RAND family as the newest member of the Board of Trustees,” Rich said. “He exemplifies RAND's mission to address the world's most challenging problems through rigorous research and analysis, and his career-long commitment to advancing diversity in the scientific workforce will further boost our efforts to serve the public good.”

As a researcher, Dr. Kington has focused on the social determinants of health and diversity in the biomedical sciences. He holds a B.S. and M.D. from the University of Michigan, an M.B.A. from the University of Pennsylvania and a Ph.D. with a concentration in health policy and economics from the Wharton School. He completed board certification in internal medicine, public health and preventative medicine, and geriatric medicine.

See more of Dr. Kington's comments on scientific diversity on The RAND Blog.