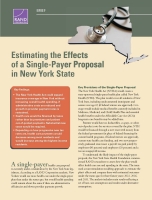 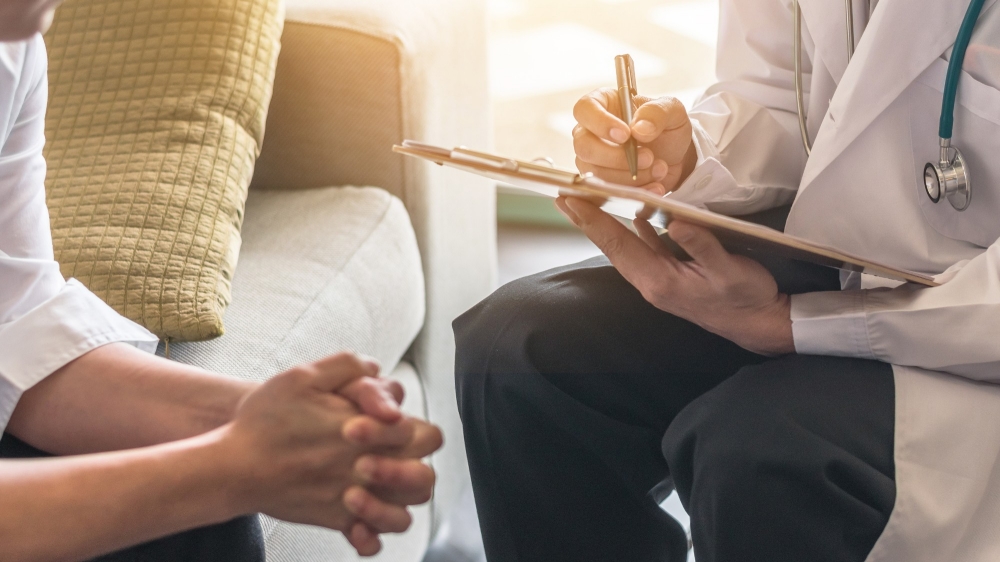 A single-payer health care proposal is currently under consideration by the New York State legislature. According to a RAND Corporation analysis, New Yorkers would use more health care under the single-payer plan than under the status quo, but overall health spending could remain about the same if there are administrative efficiencies and slower provider payment growth.

Key Provisions of the Single-Payer Proposal

The New York Health Act (NYHA) would create a state-sponsored single-payer health plan called New York Health (NYH). The plan would cover all residents of New York State, including undocumented immigrants and seniors over age 65 (if federal waivers are approved). Coverage would include medical benefits currently included in Medicare, Medicaid, and Child Health Plus and essential health benefits under the Affordable Care Act (ACA); long-term care benefits may be added later.

Patients would have no deductibles, co-pays, or other out-of-pocket costs for services covered by the plan. NYH would be financed through a new trust with money from the federal government (in place of federal financing for current health programs, if federal waivers are approved), current state health care funding, and two new progressively graduated state taxes: a payroll tax paid jointly by employers (80 percent) and employees (20 percent) and a tax on nonpayroll income.

To understand the likely impact of the single-payer proposal, the New York State Health Foundation commissioned RAND researchers to assess how the plan would affect health care use and spending in the state. The team used a microsimulation modeling approach to estimate the plan’s effects and compare these with estimated outcomes under the status quo for three future years: 2022, 2026, and 2031. The analysis includes main results reflecting a set of base case assumptions and results under alternative assumptions.

Key Assumptions of the Modeling

Figure 1. Total Health Spending Would Be Similar Under the Status Quo and the NYHA 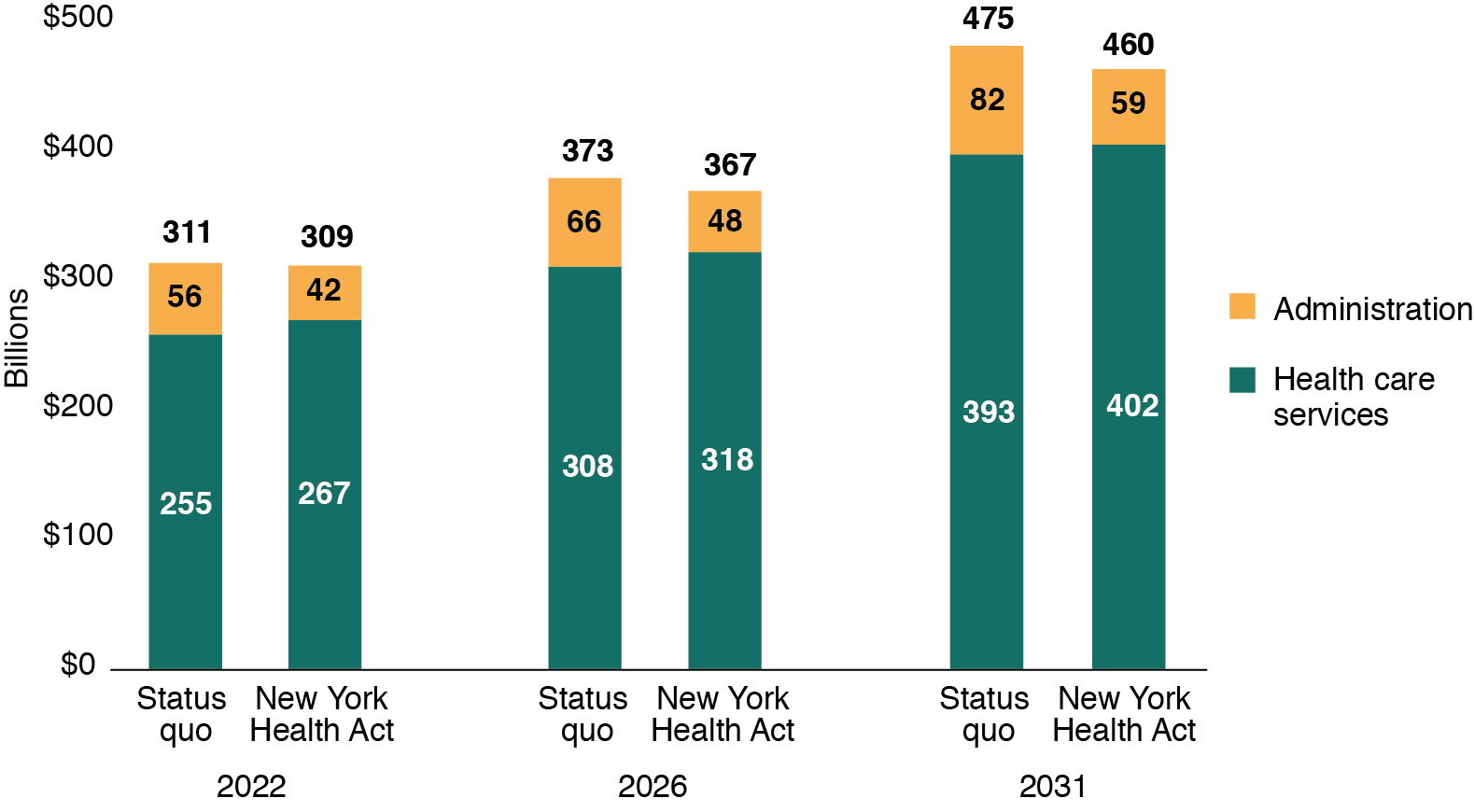 NOTE: Bars may not sum to totals because of rounding.

The NYH program would shift the types of payments people make for health care, with taxes replacing premiums and out-of-pocket payments for covered services (Figure 2).

Figure 2. Taxes Would Replace Premiums and Out-of-Pocket Payments as the Main Source of Health Care Financing 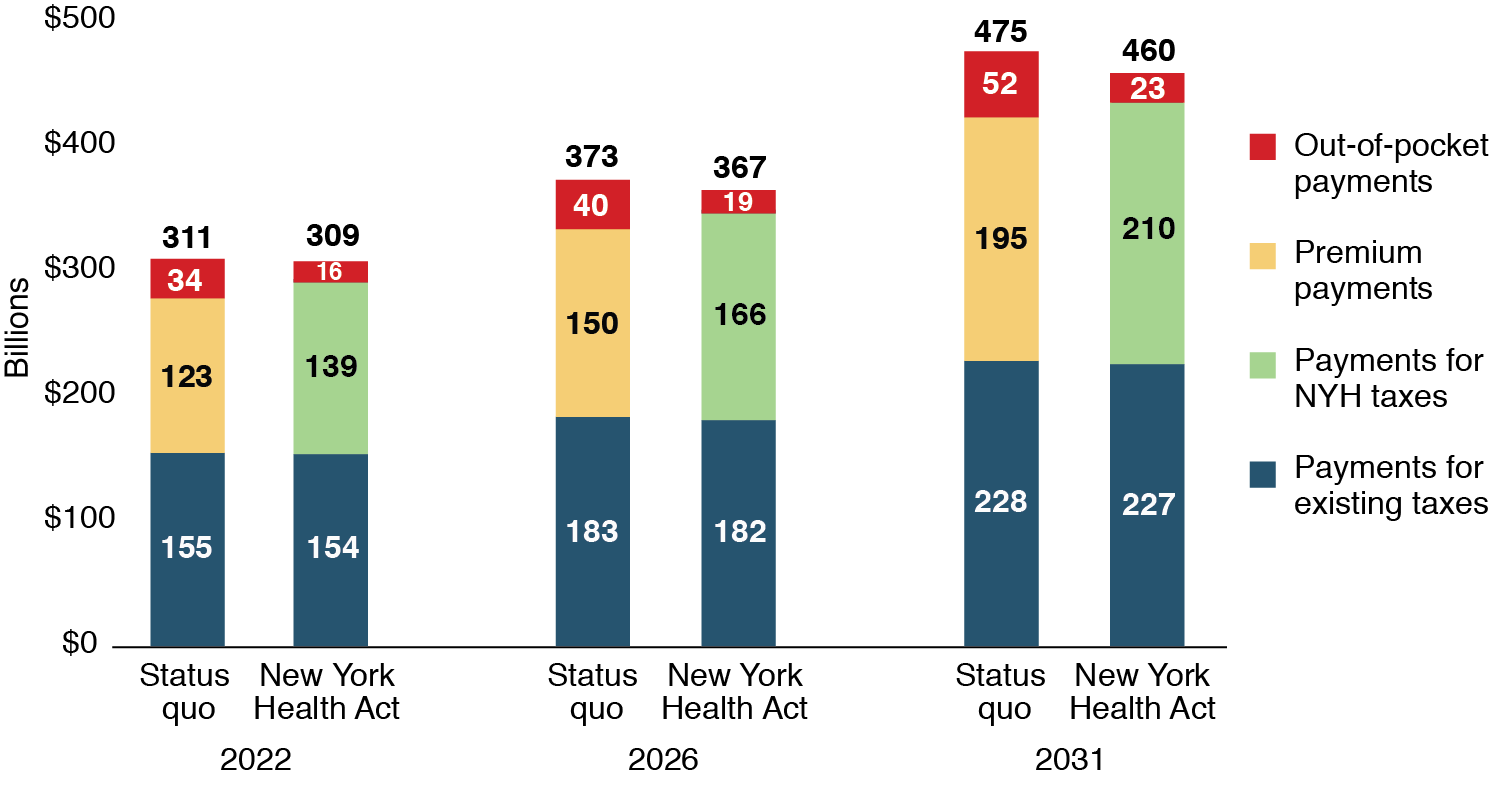 NOTE: Bars may not sum to totals because of rounding.

The shift from premiums and out-of-pocket payments to taxes would affect households differently by household compensation (income plus employer contributions to health care—see Figure 3). The majority of New Yorkers would pay less under the NYHA, while the highest-income residents would pay more. Analysis using one possible progressive tax rate schedule found that:

The effects on employer health care payments vary by offer status and firm size. Employers who offer coverage under the status quo would contribute $200 to $800 less per worker for employee health benefits, on average, under the NYHA in 2022. Conversely, employers who do not offer coverage under the status quo would pay $1,200 to $1,800 more per worker, on average, because of the mandatory payroll taxes under the NYHA in 2022.

Under the NYHA, residents could take steps try to avoid paying increased taxes. The analysis did not model these potential effects. However, related research suggests that:

To test whether results from the base case analysis would vary using different assumptions, the analysis considered a range of alternatives (selected scenarios shown in Figure 4). Differing assumptions about provider payment rates, administrative costs, and drug prices could have the most-substantial effects on estimated spending under the NYHA—ranging from savings of up to 15 percent to increases of 12 percent in 2031. If the NYHA included long-term care benefits, spending could be 5 percent higher in 2022 and 2 percent higher in 2031. If the NYHA included modest cost-sharing, spending could be 2 percent lower in 2022 and 4 percent lower in 2031.

Figure 4. Change in Total Health Care Spending Under the NYHA Relative to the Status Quo Varies Under Different Assumptions

This analysis shows that a single-payer approach in New York could expand coverage while reducing total health spending, assuming that the state is able to negotiate slower growth of provider payments and trim administrative expenses. While these assumptions are reasonable, they are also highly uncertain and depend on providers’ bargaining power, the state’s ability to administer the plan efficiently, and the federal government’s willingness to grant waivers to the state. The analysis also assumes one possible progressive tax rate schedule to finance NYH. This tax schedule would reduce average health care payments for a majority of the population; however, the viability of this tax schedule assumes that few high-income residents find ways to avoid taxation. If only a small percentage of the highest-income residents found ways to avoid taxes, the schedule would need to be reworked, potentially increasing the burden on middle- and lower-income residents. Overall, these results suggest that the single-payer option has the potential to lower payments for the majority of New Yorkers, but the results depend on assumptions about uncertain factors.

This research was conducted by RAND Health.