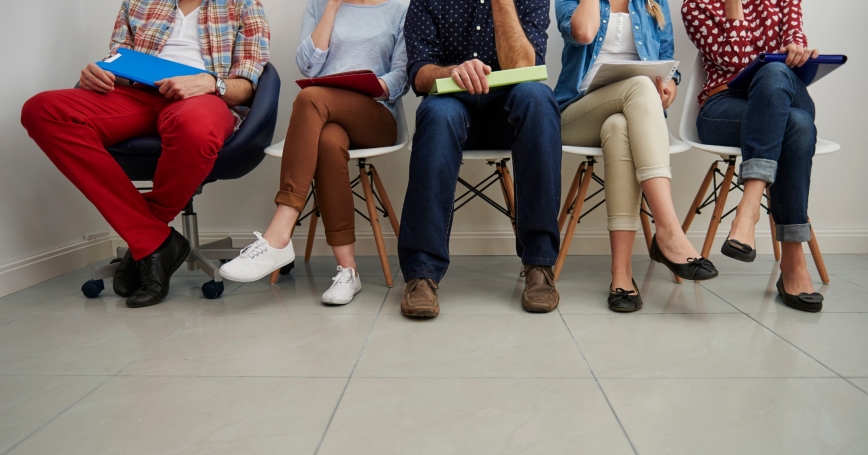 Much of the attention on the plight of young Americans without a college degree has focused on those from age 16 to 24, but equally as important is the next rung up: workers who are 25 to 34. More likely to be out of school, they are further engrained in the workforce, yet continue to see their employment prospects deteriorate. To help these workers, policymakers need to constantly remind themselves that workforce training and labor policy must focus on the technology-driven jobs of tomorrow.

Both financially and professionally, young people with only a high school diploma or some college face a tough job market. As a whole, they are a population both overwhelmed about the future and underwhelmed about their ability to change it. Young workers without a college education suffer from high unemployment, low earnings and delayed adulthood with a limited ability to buy a home, as The New York Times and The Wall Street Journal recently reported.

But the 25-to-34 group arguably faces even more precarious job prospects than their younger peers. In 2015, young Americans from 25 to 34 with only a high school diploma or some college had a labor force participation rate of 78 percent, 8 percentage points lower than their college-educated counterparts. Over the last decade, their largest employment gain was in low-paying food preparation and serving occupations (an increase of 200,000 jobs, according to census data). Their disability claims rose steeply, to almost 800,000 in 2015, an increase of 250,000 since 2006. Their college-educated peers filed a relatively paltry 140,000 claims in 2015 in comparison.

Policymakers should be particularly concerned about the 25-to-34 segment of less-educated young Americans, because these are the formative years that lay the foundation for lifetime earnings. Their struggle highlights an ugly truth in the current U.S. regulatory framework: Policies are failing to keep pace with the realities of an increasingly interconnected and rapidly changing global economy.

As The Wall Street Journal notes, the reality of the U.S. labor market is that it is increasingly defined by "knowledge work," jobs that emphasize "nonroutine cognitive" tasks over traditional administrative and manufacturing jobs. This is true for young people at all levels of educational attainment, but it hits the least educated hardest. They are not only less prepared for knowledge work, but they also stand to lose jobs to young college graduates. When given the choice of hiring a college graduate or a non-college graduate for the same job, it's not hard to imagine the degree-holder winning.

Education and training policies need to better prepare the 19 million young Americans age 25 to 34 without college degrees for the jobs of tomorrow. This is especially true for the tech sector, which is a key driver of job creation on many fronts. Even those without advanced coding skills can find opportunity in tech — in social media outreach, online sales, and in technical vocational opportunities such as smart-home system repair or as mechanics for driverless cars. To keep up with these broad and growing job opportunities, U.S. education and training systems should include more vocational and technical education, online education, mentorships and apprenticeships that can provide hands-on experience at any age.

The prominence of tech-driven job creation could also have a sizeable impact on these workers, giving policies in that arena greater importance. This includes policies that could boost workers' skills by leading to more online courses and mobile education apps. For instance, increasing available spectrum for wireless data might enable more people to watch educational content from mobile devices, while designing data privacy rules that balance protection with innovation could encourage advances in mobile education offerings.

It also applies to policies that might encourage continued private investment and innovation-driven job creation in America. Policymakers might consider, for example, funding more research on how rules surrounding municipal broadband and net neutrality — the treating of all internet traffic equally regardless of bandwidth or content — could impact the rate of creation and dissemination of digital content. A better understanding of the overall internet ecosystem could provide valuable insight on job prospects for the record number of 25-to-34-year-olds still living with their parents.

Labor policies could further influence future employment opportunities. The Obama administration's new rule that will increase the earnings threshold for overtime pay, and states mandating paid sick leave for part-time workers, should be tracked for notable changes in employment. Local governments proposing to dramatically raise the minimum wage could also impact job prospects. For instance, such a change could increase the financial ability of the 1.1 million young workers from 25 to 34 without a college degree working in food service to refocus their skills. However, the higher minimum wage could also end up having a negative effect if it leads to employers hiring fewer workers.

The 25-to-34 segment of young Americans without a college degree face strong headwinds in the workforce. Policymakers at all levels of government could help by trying to assess how technology and labor policy might impact job prospects, and acting on the information to help prepare younger workers for the jobs of tomorrow.

Diana Carew is an assistant policy analyst at the nonprofit, nonpartisan RAND Corporation and a doctoral candidate at the Pardee RAND Graduate School. She is also a senior fellow at the Progressive Policy Institute.

This commentary originally appeared on The Hill on June 23, 2016. Commentary gives RAND researchers a platform to convey insights based on their professional expertise and often on their peer-reviewed research and analysis.