A Persistent and Resilient Adversary: Al Qaeda in the Arabian Peninsula 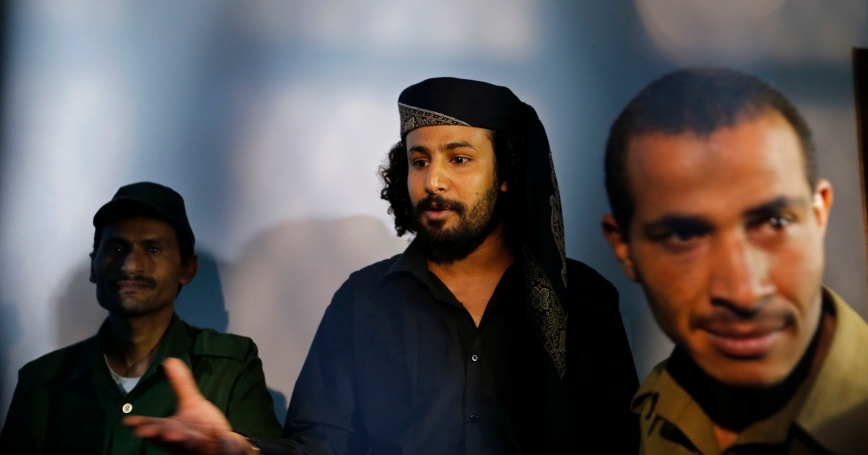 Sami Dayan (center), an al Qaeda militant, is escorted by police in a courtroom holding cell in Sanaa, Yemen, April 22, 2014

The history of al Qaeda in the Arabian Peninsula (AQAP) is a tale of 1,001 nights that catalogues every dimension of frustration in combatting terrorism: an impoverished failing state, a heavily armed society with a warrior subculture, persistent and resilient adversaries, corrupt and duplicitous governors, shifting tribal loyalties, sectarian divisions and foreign powers with conflicting agendas, among others. But despite this dark assessment, it is still possible that the United States and its Gulf allies, namely Saudi Arabia and the United Arab Emirates, are finally getting the measure of the group. But will that turn out to be another illusion?

The United States views AQAP as the most dangerous of al Qaeda's affiliates, yet its pursuit of the group has been inconsistent. Today, amid the tumult, the United States is backing Saudi Arabia in its efforts to prop up the beleaguered Yemeni government. At the same time, the United Arab Emirates has made modest progress as the leading U.S. ally in the fight against AQAP.

Unlike al Qaeda's other affiliates, which have generally concentrated on local contests, AQAP, while engaging its foes in Yemen, has never abandoned Osama bin Laden's line of attacking the far enemy—the United States.

Al Qaeda was operating in Yemen years before Osama bin Laden declared war on the United States in 1996. In 1992, al Qaeda operatives bombed two hotels in Aden, narrowly missing the U.S. Marines who had just departed on their way to Somalia.

Four years after bin Laden's notorious declaration, AQAP struck again in October 2000, killing 17 in a bombing that nearly sank the USS Cole. The bombing of the Cole brought no sharp reaction from the Clinton administration, which was in its final months.

Contrastingly, the 9/11 attacks brought about an intensified global effort against jihadist groups worldwide. Under U.S. pressure, the Yemeni government cracked down hard on al Qaeda operatives in the country. By 2003, al Qaeda in Yemen had been smashed, its leaders dead or in prison. Considering the victory final, the United States turned its attention to other fronts—most notably the invasion and occupation of Iraq. It was a mistake.

Given this reprieve, al Qaeda's surviving operatives in the region merely went underground and regrouped. A mass prison break in Yemen in 2006 facilitated the rebuilding of the organization. In 2009, Saudi al Qaeda operatives who had survived an intense crackdown on al Qaeda in Kingdom, crossed into Yemen and joined with the Yemenis to form AQAP. Looking to execute another spectacular attack, the new configuration launched a series of attacks on U.S. aviation targets. Between 2009 and 2012 at least three aircraft bombing attempts failed, including the so-called “underwear bomber” in 2009.

Anwar al-Awlaki, a U.S.-born citizen of Yemeni descent, was a particularly persuasive communicator for AQAP and was seen as the source of inspiration for a number of homegrown terrorists and plots in the U.S., including Army Major Nidal Hasan, who in 2009 shot 43 of his fellow soldiers at Fort Hood, Texas. Although it had no role in planning the attack, one of the Kouachi brothers who carried out the January 2015 attack on the Charlie Hebdo offices in Paris claimed he was fighting on behalf of AQAP, and the group claimed responsibility for the assault.

The United States declared AQAP a terrorist organization in 2009, and in 2011 it refocused on combatting AQAP once again. Distracted by mounting anti-government protests, the Yemeni government was a weaker partner this time, and its brutal response to its domestic turmoil alienated Washington. The United States subsequently decided to support diplomatic initiatives to remove Yemen's president.

This exemplifies a recurring dilemma in U.S. counterterrorist efforts—the United States seeks tough local allies willing to take on the terrorists, but these often turn out to be cruel and corrupt strongmen.

In this second round, the United States went after AQAP primarily with special operations and drone strikes aimed at its leadership. By 2015, more than half of AQAP's leaders, including its commander Nasir al-Wahishi, as well as its chief international recruiter Anwar al-Awlaki, had been killed.

This history illustrates recurring patterns in U.S. counterterrorist efforts. Battlefield success brings no permanent gain. When pressed on the ground, jihadist groups switch to propaganda and recruiting, and rebuild their organization for an eventual renewal of armed conflict. They are persistent and resilient.

U.S. policymakers miss this point. Once chased off the battlefield, the groups are considered defeated and are then ignored as the United States turns its attention to other pressing events. The ensuing interval allows groups to mount a comeback.

As in Syria, U.S. efforts in Yemen must navigate a labyrinth of local quarrels. Yemen's conflicts are complicated, began long ago, and seem interminable. Fault lines between northerners and southerners still run deep. The current civil war, which began in 2004, pits Yemen's northern Shia tribes, called Houthis, against the southern Sunnis. Saudi Arabia and the Gulf monarchies back the government, claiming that Iran is supporting the Houthis.

AQAP has benefitted from this kaleidoscope of internal quarrels, which distract central authorities who see AQAP not as enemy number one, but as a surrogate force against more existential threats. Authorities acknowledge the threat posed by AQAP, but this is often just a means of extracting resources from an alarmed West that tends to see all local conflicts solely through the lens of the war on terror.

Saudi Arabia, however, historically views what happens in Yemen as a strategic concern. In response to the Houthi takeover of Yemen's capital in Sana'a, Saudi Arabia, leading a coalition of Arab states, intervened militarily in support of the government in 2015. The Saudi-led intervention has the backing of the United States and a number of European nations. This, however, meant that the United States supported military operations against the Houthis, who were the most determined and effective foe of AQAP.

The intervention has been difficult. When a Saudi prince and future king commanding victorious Saudi forces in Yemen in 1935 wanted to take over the entire country, his father the king ordered the impetuous prince to withdraw, warning him that “Yemen is not a country that can be easily conquered … it is not to our benefit … to imprudently squander our forces in a war that might go on for decades.” His advice still holds.

Intense Saudi bombing, which has prompted international criticism, has pushed the Houthis back, but they still hold Sana'a. The Saudi-supported government's real authority is confined to the small area of its temporary capital in Aden. The fighting elsewhere has enabled AQAP to expand the territory under its control east of the capital, creating its own little Islamic State to plunder and govern. Unlike ISIS, AQAP has avoided atrocity, which would dangerously alienate its local supporters.

While the Saudis continue to concentrate on the Houthis, forces from the UAE began a military offensive against AQAP earlier this year. This news was welcome in Washington and the United States deployed a small number of forces to Yemen to help the UAE with intelligence. The United States also has kept up its own counterterrorism strikes against AQAP.

The UAE offensive has made some progress in its mission to degrade, disrupt and destroy AQAP in Yemen, recapturing several towns and reducing the terrorist organization's territory. It has been reported that U.S. Special Forces are cooperating with the UAE in this effort. The UAE is an effective local partner and sticking to Special Forces allows modest U.S. participation.

It may be too early to tell whether these most recent results will hold. If any lesson has been learned, it is that the situation will require detailed local knowledge, continued attention and an abundance of patience.

Brian Michael Jenkins is a senior adviser to the president of the nonprofit, nonpartisan RAND Corporation and author of numerous books, reports, and articles on terrorism-related topics, including How the Current Conflicts Are Shaping the Future of Syria and Iraq and Will Terrorists Go Nuclear?.

This commentary originally appeared on The Cipher Brief on August 21, 2016. Commentary gives RAND researchers a platform to convey insights based on their professional expertise and often on their peer-reviewed research and analysis.