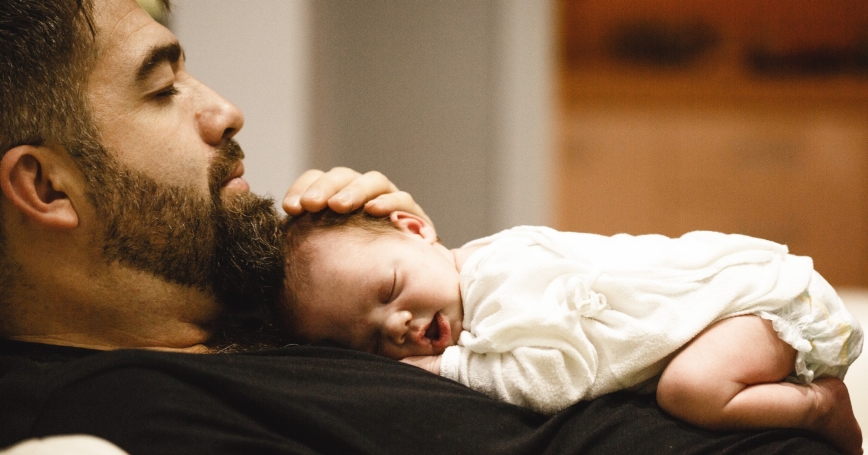 Millions of people around the world are sleep deprived and sometimes it takes a significant event to awaken them to the effects sleeplessness can have. For me, it was becoming a father of two young girls. As can be expected, this is when my sleep began to really suffer. In my worst state of sleep deprivation, I felt as though my productivity at work was at risk, as well as my normal day-to-day functioning.

Sleeplessness took its toll on me: driving to work in a stupor, feeling like I wasn't functioning 100 per cent when I got there and being more irritable with my colleagues. What's more, I gained weight! I realised that something was not right.

The lack of sleep got me thinking. There were likely millions of other people like me worldwide who were not sleeping enough. How does this all add up in terms of productivity losses to the organizations where people work and, as a result, the wider economy?

The idea excited me. Economists, like me, usually try to understand the impact of things that people do when they are awake, but little was understood about the impact of insufficient sleep on the wider economy. So I started my research.

The recently issued RAND Europe study on the link between insufficient sleep and cumulative financial losses to different national economies revealed that the costs of sleeplessness were bigger than I could have imagined.

Insufficient sleep causes profound economic losses for five of the world's biggest economies. The United States sustains by far the highest financial losses due to the size of its economy — up to $411 billion a year, that's 2.28 per cent of its GDP. However, in GDP terms, Japan suffers the largest economic losses — 2.92 per cent of its GDP, or up to $138 billion a year. The other three countries — Germany, the UK and Canada — all also experience significant financial losses due to insufficient sleep.

There are three effects from insufficient sleep that impact the economy. Insufficient sleep is linked to lower productivity at work for two reasons: absenteeism, when people don't show up to work; and presenteeism, when people show up but are working at suboptimal levels. Both effects result in significant losses each year, in terms of working days lost and financial losses.

The second effect is mortality. Our study shows that people who regularly sleep less than six hours a day have a 13 per cent greater chance of dying at any point than people who get between seven and nine hours — often described as the healthy sleep range. For example, the sleep-deprived are more likely to be involved in car accidents.

The negative mortality effect from insufficient sleep reduces a country's labour population and degrades skills and competence. Even when these people are replaced, productivity suffers. For example, when someone starts a new job it is impossible for them to be as effective at the beginning as they are later on.

The third and final effect is the decreased academic performance of children who do not sleep enough. The decreased performance in a child's younger years hinders their development in terms of the qualifications they achieve and jobs they get in the future. This has a direct impact on how much a particular person contributes towards the economy in financial earnings.

Luckily, small changes can make a big difference. For example, if people who currently sleep less than six hours began to sleep six to seven hours instead, this could add billions of dollars to national economies. It would also help to reduce the risk of individual health problems in the future.

My research on sleep prodded me to take a look at myself and my own sleep habits on a personal level. At the same time, it highlighted the importance of sleep to the bottom-lines of businesses and economies.

Life can sometimes get in the way of sleep, from having children to a demanding job. However, skipping on sleep can have big consequences, from affecting individual health and wellbeing to affecting how well a national economy performs. This is exactly why sleep matters.

Marco Hafner is a research leader and senior economist at RAND Europe. He lead the research ‘Why Sleep Matters' and is speaking at the Festival of Ideas event — You are what you sleep — at the University of Cambridge on Tuesday 17th October.

This commentary originally appeared on Thrive Global on October 2, 2017. Commentary gives RAND researchers a platform to convey insights based on their professional expertise and often on their peer-reviewed research and analysis.