Keeping Americans on the Job in a Changing Economy 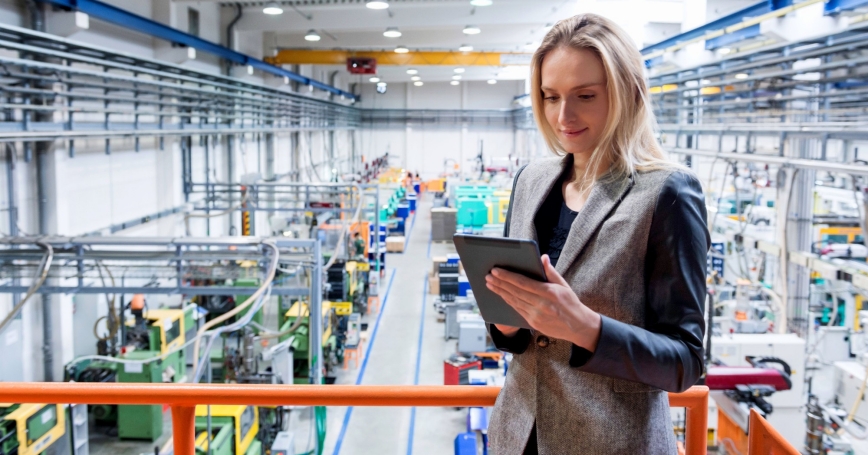 The U.S. unemployment rate is a low 4.2 percent (PDF), but a lower proportion (63 percent) of American adults are in the labor force than ever. These numbers seem to be at odds with each other, suggesting that many of those who can work are discouraged by their employment prospects and not bothering to look anymore.

While the U.S. economy has rebounded from the 2008 recession, many remain left out: rural populations, veterans returning to civilian work, those with less than a high school education, younger workers, and those whose jobs are being phased out and must transition into different fields. This is especially true for those who had filled the more than 140,000 coal mining jobs lost from 1980 to 2015 and the more than 7.2 million manufacturing jobs that ceased to exist during the same time period. Moreover, emerging technologies have the potential to disrupt the global workplace and increase economic disparities—requiring new strategies to meet shifting skills demands.

While there have been calls to bring back the coal mines and factories, the real issue isn't a lack of family-sustaining jobs in the United States. As of August, there were 6.1 million job openings in the United States, with 397,000 of them in manufacturing and more than 1 million in health care, two industries that typically have jobs with family-sustaining wages. And as the baby boomer generation continues to retire in the coming years, even more job openings are projected.

Instead, the problem is a mismatch between workers and available jobs.

Over the coming decades, the United States faces a projected shortage (PDF) of workers for jobs that require skills in science, technology, engineering, and math (STEM). While some of these jobs require a college education, most are “middle-skill” jobs requiring a high school diploma, a foundation of math, and some additional training—but not college. Not enough Americans follow educational pathways that prepare them for these jobs.

Not enough Americans follow educational pathways that prepare them for “middle-skill” STEM jobs.

The middle-skill STEM shortage is particularly a challenge for the Greater Pittsburgh tri-state region—where we live and work—of western Pennsylvania; eastern Ohio; and northern West Virginia, where health care, research, technology, advanced manufacturing, and energy are major industries. The tri-state region is projected to have a severe worker shortage (PDF) with a gap of 80,000 workers over the coming decade. For instance, in the 10-county area surrounding Pittsburgh, advanced manufacturing accounted for about 94,000 jobs as of 2015. These included jobs in automation and industrial machinery, metals and metal processing, chemicals, engineering services, and electronics, with an estimated 30,000 (PDF) jobs to be created in the Pittsburgh region over the next 10 years. A 2014 survey (PDF) found that 40 percent of the parents, educators and business leaders in the region believed local schools were not doing an adequate job of preparing students for these future careers.

Why are so many people having trouble finding work or no longer even seeking jobs? Most likely this is due to three categories of mismatches—between skills expected by employers and those that job seekers have (skills mismatch), location of jobs and where job seekers live (geographic mismatch), and in perceptions of which jobs are in high demand (expectations mismatch).

Addressing these three types of mismatches is the key to getting those who want to work back into solid jobs. The challenge is figuring out how to inform people about these opportunities and helping them acquire skills through lifelong learning.

One way to do this is through systematic collaboration: to adapt education and workforce pathways via partnerships among K-12 schools, community colleges, universities, government policymakers, nonprofit community organizations, and employers. To help those who may be feeling left behind acquire new skills, experiments using collaborative strategies are taking place in states all over the nation. For example, the Appalachia Partnership Initiative is a public-private partnership of local businesses, nonprofit organizations, and philanthropic foundations collaborating toward the goal of improving the K-12 and workforce development STEM pipeline by investing in a range of experimental programs that aim to change the way students and workers are prepared for middle-skill STEM jobs.

The economy depends upon creating a skilled and agile workforce that can take advantage of new job opportunities as they evolve.

A sustainable and potentially successful cross-sector partnership like the Appalachia Partnership Initiative should include clear goals, milestones, action plans and indicators to track progress. Our newly released RAND study on the initial years of the Appalachia Partnership Initiative concluded that what the region needs are efforts to inspire and motivate youth to pursue STEM careers; to raise awareness, especially among parents about opportunities for their children in STEM careers; to develop K-12 and higher-education programming that aligns better with business needs and can keep pace with evolving labor market needs; and to help job seekers and older transitioning workers get skilled up and find the right jobs that match their skills.

Getting more Americans back to work does not necessarily mean opening up more coal mines or factories. Instead, the economy depends upon creating a skilled and agile workforce that can take advantage of new job opportunities as they evolve, which could occur through stronger cross-sector partnerships that link America's education and business sectors.

Gabriella Gonzalez is a senior sociologist at the nonprofit, nonpartisan RAND Corporation. Shelly Culbertson is a senior policy researcher at RAND. She is the author of The Fires of Spring: A Post-Arab Spring Journey Through the Tumultuous New Middle East.

This commentary originally appeared on U.S. News & World Report on October 16, 2017. Commentary gives RAND researchers a platform to convey insights based on their professional expertise and often on their peer-reviewed research and analysis.