The Burdens of Brexit 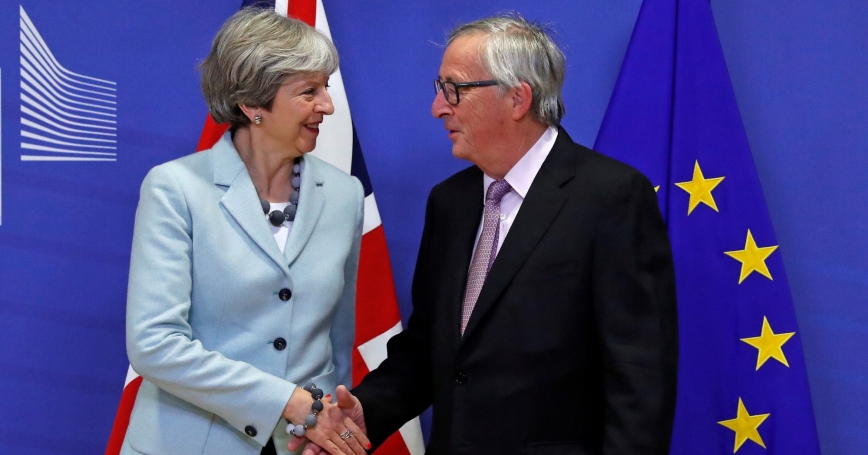 As they voted in the June 23 2016 referendum, many a British voter might have thought that Brexit — the process of withdrawing from the European Union — would be simple, quick and low-cost, if not economically beneficial.

But as the UK is finding, Brexit will be more difficult to negotiate, and the likely after-Brexit economic future less rosy, than it may have first appeared.

A new RAND study helps explain why. It makes clear that the economic consequences of Brexit are likely to be negative across a wide range of scenarios, including the most likely outcomes that the UK now faces.

The worst outcome for Britain by far would be if it crashed out of the EU with no special preferential trade arrangements — the so-called “no deal.” In that case, it would rely only on the tariff rates set under the rules of the World Trade Organization for its trade with the EU and the rest of the world, rather than any kind of preferential or even zero tariff rates.

We assess that in such a case the economic loss to the UK, compared to EU membership, would be 4.9 percent of GDP, or $140 billion, after 10 years.

Even if it succeeds in negotiating a free trade agreement with the rest of the EU, as it seeks to do, Britain would in effect be raising barriers to trade compared to its present circumstance as a full EU member.

Exports and imports would face various new trade barriers such as rules of origin, documentation requirements, and customs checks. Trade in services (Britain's strength) would also be impeded because of EU regulatory requirements.

Over time, product standards would likely diverge. We estimate that if it achieved a free trade agreement (FTA) with the EU it would be three percentage points, or $85 billion, of GDP better (after 10 years) than just relying on WTO rules, but still substantially worse off than it would have been as an EU member.

Some Leavers have argued that a reason for Brexit is that outside of the EU Britain would be able to negotiate FTAs with the U.S. and other countries much more easily than the EU could.

Our analysis suggests that an FTA between Britain and the U.S. would not help the UK as much as an FTA with the EU would. (The FTA with the U.S. is only 2.4 percentage points, or $70 billion, of GDP better than under WTO rules, and 20 percent worse than the value of an EU FTA.)

Also, in negotiating with the U.S., Britain would be in a similarly weak negotiating position because from the U.S. standpoint an FTA with the UK would have a relatively trivial benefit (0.22 percent of GDP after 10 years, less than 10 percent of the relative value it would hold for Britain).

Britain could be as well-off economically as if it had stayed in the EU if it could join a broader Transatlantic free trade arrangement involving the EU and the U.S.

In RAND's modeling, the only way Britain could be as well-off economically as if it had stayed in the EU would be if it could join a broader Transatlantic free trade arrangement involving the EU and the U.S.

If such a free trade agreement were to be achieved, we estimate Britain's future GDP would be 7.1 percentage points, or $202 billion, larger than it would be under the WTO-rules scenario — even better than if it had only stayed a member of the EU.

However, negotiations on a proposed Transatlantic Trade and Investment Partnership — which would have been such a broad FTA (and more) — have been frozen since the beginning of the Trump administration.

A transition agreement that kept Britain in the Single Market for a time would help the economy, basically for as long as the transition period lasted and Britain's exit from the EU is postponed.

We found that a four-year transition would be 2.8 percentage points, or $79 billion, better 10 years after the eventual Brexit than an immediate move to WTO rules, which stands to reason as it postpones the inevitable.

But once the transition period is over — and both the EU and the UK say it should be limited in time — one of the other scenarios, along with its economic consequences, will become Britain's reality.

Why does the UK find itself in this unenviable position?

Our study uses insights from a branch of social science known as game theory to clarify why the negotiations are difficult for the British.

First, the European Union Treaty's Article 50, which governs withdrawal, is stacked against the country seeking to leave.

Once the Article 50 process is started, the leaving country stares at a certain date two years out when it will no longer have any of the benefits of EU membership, unless EU members unanimously agree to extend the transition, or unanimously agree on a new relationship. For the UK, this will be on March 29, 2019.

Given a fixed deadline and the fact that the UK has more to lose, the leverage belongs almost entirely to the EU.

Second, Britain may envisage the negotiation with its EU partners as a positive sum game, in which it will find a “bespoke” new relationship with Europe, preserving economic benefits for both sides but giving the UK the freedom from EU rules which it seeks.

But to the European Union, the game may be better seen as a zero sum game, where Europe's top political objective is to ensure that the British are worse off, so as to discourage other member states from withdrawing.

Further withdrawals could unravel the edifice of European unity, which has served as a strong underpinning to European peace and prosperity.

Game theory also helps explain why the EU is insisting first on settling the terms of the “divorce settlement,” before moving on to discussions on a future relationship, which holds more benefits for the UK.

By using its leverage to commit Britain to painful terms of financial settlement before entering into trade negotiations, the EU is likely to discourage other would-be leavers.

Focusing on the divorce settlement, where all 27 members of the EU share a strong interest in obtaining as much transitional funding as possible from the UK also makes it easier to hold the 27 tightly together on strategy.

For the UK, talks that simultaneously considered its exit from the EU as well as a transitional or free trade deal would allow the UK more flexibility in making trade-offs, with the benefits of a new deal being presented domestically to offset the sting of exit payments.

In light of this modeling, what would be the effect of Brexit on U.S. interests?

Economically, not much. As noted, an FTA between Britain and the U.S. would have a negligible impact on the much larger U.S. economy.

What really matters to the U.S. is the potential effect of Brexit on European cohesion.

While the U.S. is a major direct investor in Britain, official U.S. data suggests that most of this investment is aimed at supplying the UK domestic economy rather than for export platforms aimed at the rest of the EU. Our assessment is that what really matters to the U.S. is the potential effect of Brexit on European cohesion.

The United States has long seen an integrated Europe as supporting the security, prosperity and stability of Europe, and thus benefiting America.

Even if Europe pulls together after Britain's departure, America may come to miss the UK's sensible voice in EU decision-making councils on matters — such as foreign and security policy or economic regulation — that matter to the U.S.

Nothing like Brexit has occurred in the last century. The United Kingdom is learning that leaving the European Union is likely to have real costs, in the short term (the “divorce bill,” covering future obligations it committed to) and the longer term (its economic relations with the rest of the EU face transactional barriers even in the best of circumstances).

Politically, advocates of Brexit in Britain expect it will mean renewed sovereignty over economic and social policy. But in the interdependent global economy, shared sovereignty has provided large economic and security benefits, even to large members of large trade blocs (such as the UK in the EU).

Rejecting these terms may prove costly beyond what voters expected when they decided to leave.

This commentary originally appeared on Newsweek on December 12, 2017. Commentary gives RAND researchers a platform to convey insights based on their professional expertise and often on their peer-reviewed research and analysis.