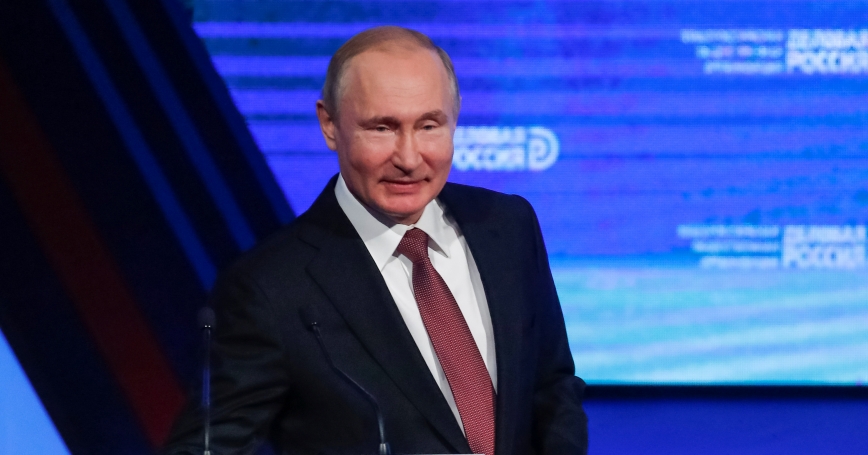 In December, President Vladimir Putin called for Russia's economy “to enter another league.” But that priority is far from clear if one looks at where the Kremlin places its foreign policy chips.

The United States, too, has taxed its domestic economy to spend vast sums on foreign wars, from Korea and Vietnam to Afghanistan and Iraq. During the Cold War, it expended resources to counter Soviet interference in multiple poor countries, such as Nicaragua, Angola, and the Horn of Africa nations. For the most part, however, U.S. foreign policy has given high priority to strengthening America's dynamic economy and supporting global economic growth. During the 1997–98 Asian financial crisis, the Federal Reserve not only backed the global policy response; it took a lead role in supporting some affected countries. Ten years later, during the global financial crisis, the Fed was central to the global monetary response.

Turning to trade, during the Obama administration, the United States and 11 other countries negotiated the Trans-Pacific Partnership. Despite canceling it and launching questionable trade wars, the Trump administration has updated major trade accords with Canada and Mexico and also with South Korea. In January, the United States, the European Union, and Japan agreed on further efforts to counter unfair trade and reduce barriers to innovation.

Russia's foreign policy, however, hears a different economics drummer. The Kremlin seems driven more by political ambition. It pursues a sphere of influence nearby and great-power status beyond, in a quest to exercise sway over its neighbors and counter U.S. and Western influence globally. But the Kremlin's efforts are often expensive or self-defeating.

Prosecuting war in eastern Ukraine and sustaining Crimea has taken an economic toll on Russia, directly and through Western sanctions. Bloomberg Economics estimates sanctions have cut Russia's gross domestic product by 6 percent over the past four years. And nonmilitary Russian spending in those areas may burden Russian GDP by 0.3 percent per year. Russian-occupied separatist areas in Georgia and Moldova also require subsidies.

Even some efforts at peaceful cooperation have disappointed. Although relatively young, the Eurasian Economic Union of Russia, Kazakhstan, Belarus, Armenia, and Kyrgyzstan has stumbled in economic integration. Members have stronger trade relations with countries outside the union.

Russia's great-power quest is also costly. The military intervention in Syria may have forced spending cutbacks at home on health, education, and welfare. Moreover, backing the regime of Syrian President Bashar al-Assad, dramatized by air attacks on civilian targets, bolsters Western support for sanctions on Russia.

Syria may require even more Russian resources. Last August, the U.N. estimated the cost to Syria of seven years of civil war at over $388 billion. Russia seems worried that some Syrians will blame it for destroying much of their country without helping to rebuild it. A year ago, Russia's top diplomat in Brussels intoned that it was “high time” for the EU to provide “dozens of billions” of euros in aid.

Russia may be throwing good money after bad in Venezuela, too, with an investment as high as $25 billion, much of it in the energy sector. Russia took similar risks in Iraq before President Saddam Hussein was overthrown and later had to write off $12.9 billion in debt. If Nicolás Maduro's leftist government were to survive in Venezuela, it could remain a drain on Russia. Venezuela's oil industry is in bad shape, and new U.S. sanctions could combine with hyperinflation to further weaken the economy. A change in the government could also put Russian investments at risk.

Perhaps having learned lessons, the Kremlin is taking some risky bets off the table. This past December, Russia's largest oil producer, Rosneft, abandoned plans for $30 billion in joint investments with Iran, partly because of U.S. sanctions and unattractive terms offered by Iran.

There is another cost: A necessary pension reform that the Kremlin instituted last year led to widespread public protests. Some Russians believe the cost of “foreign adventures” (i.e., Syria and Ukraine) forced this. The reform has helped push down public trust in Putin's government to 33.4 percent, according to the state-run Public Opinion Research Center.

For all its problems, the global economic order offers unprecedented opportunities for countries to prosper. In 2016, Russia had the 12th-largest GDP among all countries and was the world's largest oil exporter. Yet that year, President Obama remarked, “There's not a G20 meeting where the Russians set the agenda around any of the issues that are important.”

By leveraging the efficiencies of globalization and cultivating ties with prosperous partners, Russia could increase its economic potential and improve living standards for its people. And by engaging more positively with the world, it could gain influence in the forums that matter, such as the G20 and multilateral institutions. This would be made easier if the Kremlin gave higher priority to economic interests and backed away from economy-destroying dictators.

William Courtney is an adjunct senior fellow at the nonprofit, nonpartisan RAND Corporation, and former U.S. ambassador to Kazakhstan and Georgia. Howard J. Shatz is a senior economist at RAND.

A version of this commentary originally appeared on Newsweek on February 13, 2019.