Do We Know How to Treat Alcohol Misuse in Women? 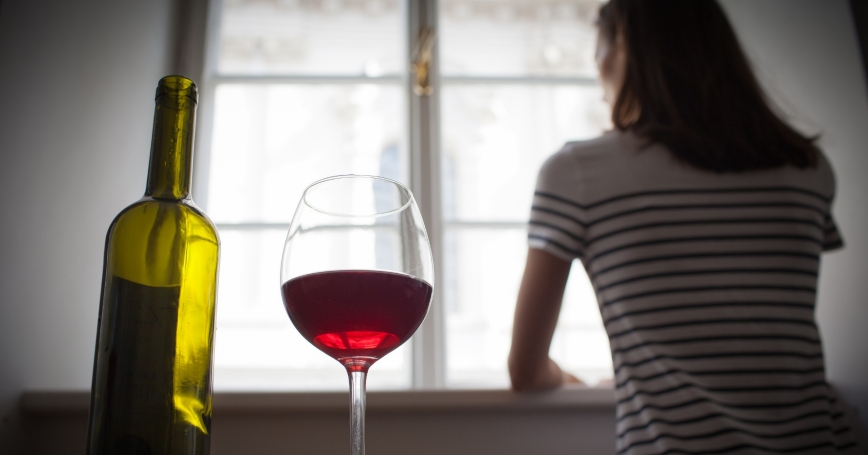 Access to alcohol seems to have gotten easier now that we are all staying home. Many states have relaxed liquor laws to enable stores and restaurants to offer home deliveries. With fewer drivers on the road, the rate of drunk driving incidents will likely decrease. But alcohol consumption may well increase during this time of heightened stress and fear stemming from the coronavirus pandemic.

Rates of Alcohol Use

Alcohol use is a leading cause of disease and death worldwide. As of 2015, the lifetime prevalence for alcohol use disorder (AUD) for U.S. adults was 29 percent. The annual rates are higher for men than for women (8.4 vs. 4.2 percent). One study found significant increases in rates of 12-month alcohol use, high-risk drinking, and AUD in the United States between 2001-2002 and 2012-2013. Whether these rates continue to rise in the face of COVID-19 remains to be seen.

Both pharmacologic and psychosocial treatment for AUD have shown evidence of significant benefit and are therefore included in clinical practice guidelines. Clinical practice guidelines for the treatment of alcohol use disorders detail recommended assessment and treatment practices, but these guidelines are not gender-specific, with the exception of screening instruments. For example, the commonly used AUDIT—which screens for excess alcohol consumption, drinking behaviors, and alcohol-related problems—utilizes a higher score for men than for women to meet criteria for presumed AUD. (A screening tool, by itself, does not provide a clinical diagnosis.)

Despite the many clinical trials that have demonstrated the effectiveness and safety of treatments for AUD, we still know little about whether men and women respond differently to treatment. Because no studies (at least no U.S. studies) have set out to assess gender differences, and proportionally more men than women have AUD, studies have systematically under-enrolled women and failed to stratify by gender when randomizing women to active treatment or control groups.

Gender differences in treatment response may exist for a variety of reasons. Hormonal and metabolic differences between men and women could influence the effects of pharmacological treatments. Another factor is the association between depressive disorder and alcohol use. The risks for depression and anxiety are notably higher for women than for men. Depression and anxiety that co-occur with AUD may require different treatment interventions.

RAND Corporation researchers completed a systematic review of the literature on AUD to identify treatment outcome results presented by gender. We searched for randomized controlled trials published between 1997 and March 2018 that analyzed gender differences in the effects of evidence-based pharmacological or psychosocial treatments for U.S. adults who met DSM-V diagnostic criteria for AUD. We also considered studies that simply reported findings by gender as well as studies that enrolled only one gender. Additional eligibility criteria included absence of a diagnosed comorbid psychiatric or substance use disorder in enrolled participants. We also contacted authors of studies that would have met inclusion criteria had they reported findings by gender to ask whether they could share their data by gender. Using standard, published methods, we then assessed pooled gender differences at follow-up for several common drinking outcomes for pharmacological, psychosocial, and combined pharmacological and psychosocial treatments.

There are insufficient data to determine whether men and women respond differently to AUD treatment and whether different treatment approaches are needed for women.

After screening nearly 14,000 citations, we found a total of 23 studies that met our inclusion criteria. For one additional study that did not report findings by gender, conducted among active-duty Army personnel, the investigators shared their data, bringing the total to 24 studies. Thus, the most noteworthy finding from our review was the small number of trials that assessed gender differences in treatment effectiveness. The bottom line is that there are insufficient data to determine whether men and women respond differently to AUD treatment and whether different treatment approaches are needed for women.

Although prior studies included far fewer women than men, pooling data from those studies to assess gender differences in treatment compliance and response is an efficient way to start to address this question. It would require that investigators share their clinical trial data containing demographic variables including gender. Without knowing whether recommended treatments for AUD are effective for women, women are vulnerable to the consequences of alcohol misuse; and while being homebound may reduce the danger of driving home drunk from a restaurant or bar, the problem of alcohol abuse can worsen behind closed doors.

Kristie Gore is a senior behavioral scientist, Sydne Newberry is a communications analyst, and Susanne Hempel is an affiliated adjunct at the nonprofit, nonpartisan RAND Corporation.