Economic Consequences of COVID-19 in the Middle East: Implications for U.S. National Security 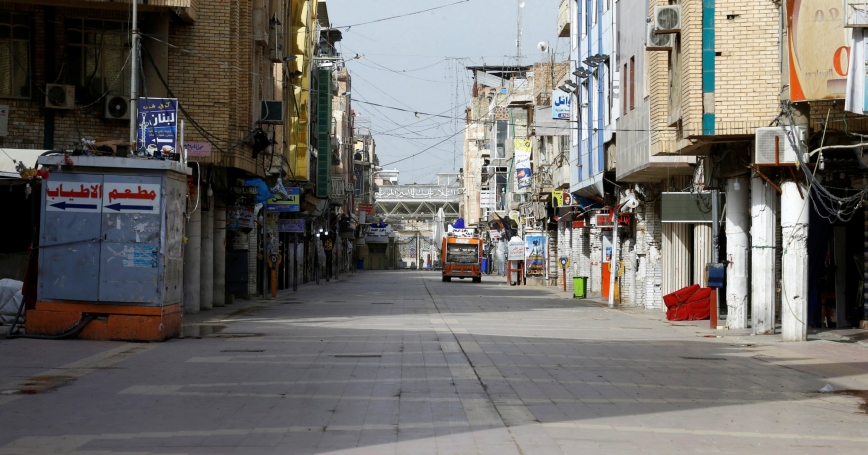 An empty market after a curfew was imposed to halt the spread of COVID-19 in the holy city of Najaf, Iraq, March 18, 2020

The global COVID-19 pandemic will have a dramatic impact on economies across the globe, but the Middle East may be particularly affected given the simultaneous fall in oil prices. The economic consequences of this pandemic are also likely to affect U.S. interests in the region.

COVID-19, the disease caused by a novel coronavirus that emerged late last year, will affect U.S. national security interests in the region in various ways. The pandemic is weakening Iran, where the economy—already strained by U.S. maximum pressure sanctions—is taking additional hits. Iraq may be similarly destabilized. Although not under sanctions, the country depends on oil revenue for almost its entire government budget, and its health system is in poor shape.

Iran's troubles may reduce its capacity to meddle in Iraq and the region. But the high budgetary costs of COVID-19 and the related need for countervailing economic stimulus may also reduce the capacity of the United States and Europe to sustain present levels of engagement in the region. COVID-19 could thus offer opportunities for China or Russia, or for the Gulf Cooperation Council (GCC), if such countries are able and willing to support countries at risk during the unfolding economic crisis.

These are the main consequences that national security planners need to be aware of:

The economic impacts of COVID-19, perhaps even more than the disease itself, are likely to rapidly accelerate existing trends in the region (rather than drive any major reshuffling of power or influence in the region). But this acceleration means that the United States ought to plan actions for maintaining U.S. influence in the region if budgets for operations, exercises, foreign assistance, and security cooperation activities are substantially reduced.

Daniel Egel is an economist, Howard J. Shatz is a senior economist, and Charles Ries is vice president, International at the nonprofit, nonpartisan RAND Corporation.