Are Military Purchases in SE Asia for Political Balancing a Good Use of National Defense Resources? 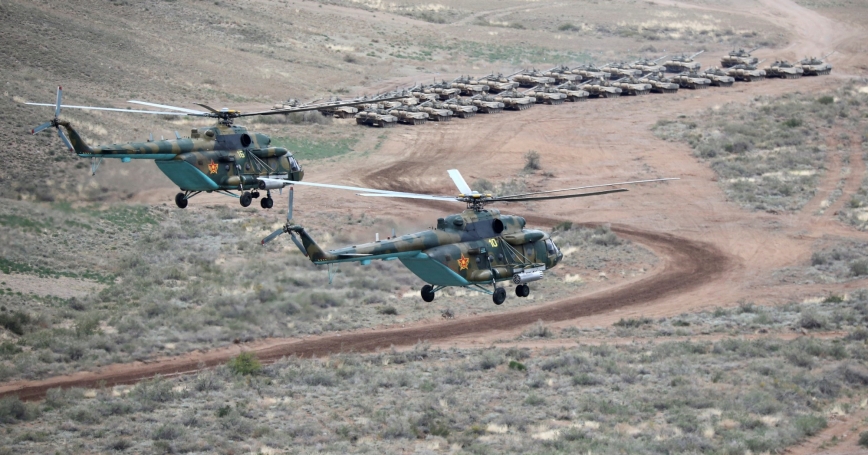 Mi-17 helicopters fly in formation during military exercises at the firing ground Koktal in Almaty Region, Kazakhstan, May 3, 2019

The Philippines has embarked upon a multi-phase, multi-year modernization of its armed forces, but some of the acquisition decisions appear to be driven by political symbolism rather than responsible military decisions.

Countries in Southeast Asia have diverse national defense needs and to meet these they must make difficult choices about how to allocate scarce national resources. In the Philippines case, acquisition of the Russian Mi-17 Helicopters, a medium transport helicopter, illustrates the trade-off between acquiring the best equipment for a reasonable price versus using procurement for political symbolism.

The Philippines' leadership wants to purchase the Russian Mi-17 helicopter to avoid dependence on Western weaponry rather than selecting the system that the Philippine military believes best serves the country's military needs. To support U.S. government foreign assistance training for nations on how to comply with U.S. and UN sanctions, RAND has assembled a database on Russian arms sales around the globe. One of the repeated findings from the material contained in this database is that national militaries often conduct systematic reviews of weapons systems to meet their national defense requirements and identify a particular system, only to have the national political leadership pick another system with little analytical basis for it. Frequently the choice is driven by political symbolism rather than careful considerable of the use of national resources.

In the case of the Philippines, the Revised Armed Forces Modernization Act is a 15-year, $40 billion program to upgrade and modernize the entire Armed Forces of the Philippines (AFP). One part of this program is aircraft modernization, including helicopters. In early 2018, the AFP signed an agreement to buy 16 Canadian Bell 412EPI helicopters—a combat helicopter to use for internal security operations such as fighting rebel forces. However, after Canadian Prime Minister Justin Trudeau expressed concerns about Philippine human rights abuses, President Rodrigo Duterte cancelled the deal. He claimed that he was “buying helicopters because I want to finish them off”—referring to the internal rebels. Trudeau's concerns mostly referred to the extrajudicial killings of suspected drug offenders and not necessarily rebels.

Duterte reportedly directed his military officials not to procure from the United States or Canada due to conditions on sales of military equipment. Despite this directive, the AFP technical working group recommended the AFP purchase the American Sikorsky's S-70 Black Hawk. Philippine ambassador to the United States Manuel Romualdez told reporters that Boeing had offered its Chinook CH-47 and that “soldiers would prefer obviously American-made…because interoperability is very important.”

The AFP technical working group evaluated the Mi-17 and chose the Sikorsky S-70 instead. The current fleet of ATP helicopters are largely Bell and Sikorsky for reasons of performance and the existence of a consistent maintenance program. New and separate maintenance programs add significantly to the cost of weapons systems. The initial purchase cost of a weapons system is a fraction of the cost of a system over the course of its life time. The major cost of any weapons system over the course of its lifetime is maintenance and repair. Since the Philippines already has many Canadian and U.S. helicopters in its arsenal, the Russian Mi-17 would have limited interoperability and require its own separate maintenance infrastructure that would be an additional cost. Making a fast track purchase of Russian systems without a thorough analysis of comparable systems risks being a poor use of precious national resources and does not appreciably add to its national defense.

Weapons purchases can always serve political purposes and that is the prerogative of the national leadership. Yet, the body politic of any country should appreciate how national resources are being used for political symbolism rather than for the best national defense value determined by military professionals who use the weaponry. The implications of using military procurement for political symbolism and paying a high price for it means that a national government skews national resources away from not only other pressing national security needs, but important social welfare, education, health care, and economic development purposes. This seems a high price to pay for a weapons system its military apparently doesn't want.

Chandler Sachs is a research assistant and John Parachini is a senior international defense researcher at the RAND Corporation.

This commentary originally appeared on Asian Military Review on May 7, 2020. Commentary gives RAND researchers a platform to convey insights based on their professional expertise and often on their peer-reviewed research and analysis.