Russian S-400 Surface-to-Air Missile System: Is It Worth the Sticker Price? 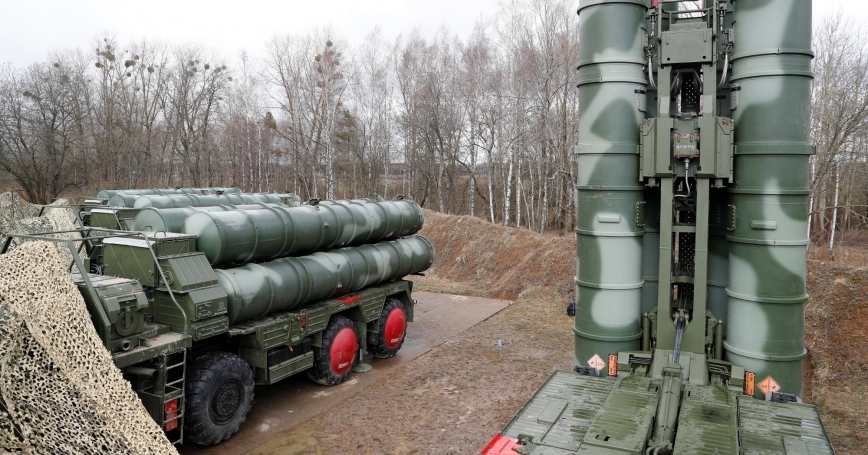 The S-400 Triumph surface-to-air missile system after deployment at a military base near Kaliningrad, Russia, March 11, 2019

In October 2018, the India Ministry of Defense concluded a $5.5 billion deal to buy four regiments of the Russian S-400 surface-to-air missiles (SAM). Just over a year later, India made an advance payment of $850 million to expedite the deployment from Russia of the first regiment by September 2021. However, many countries do not fully appreciate that effective air defense requires a networked system and not just one missile system component. To get the true defensive value out of the S-400, there are additional components that add costs and complexities to the system.

To support U.S. government foreign assistance training for nations on how to comply with U.S. and U.N. sanctions, the RAND Corporation has examined open sources covering Russia arms sales around the world. One of the findings from the material contained in this database is that many countries with scarce national resources purchase weapons systems without fully appreciating the other equipment elements required to make the systems effective. Additionally, they do not adequately account for the full lifecycle costs of all the pieces of equipment needed; lifecycle costs typically exceed the original purchase costs in about seven years.

The Indian Armed Forces, like other national militaries seeking to boost their air defense capabilities, must sort through tremendous financial and technical challenges. India faces a diverse set of ballistic missile threats from its neighbors and no single system can solve this complex challenge. Even the S-400, a very high-performance high-altitude missile aerospace defense system (HIMADS), has important limitations.

At a basic level, the S-400's field of view for the search and fire control radar is limited to the horizon of the earth. Because of this common limitation, search radars are typically placed on tall masts to better see over the horizon. An even better solution is to position radars on specialized aircraft, airborne warning and control aircraft systems (AWACS), or on stationary tethered balloons known as “aerostats.” However, without over the horizon sensors, the S-400, and other powerful HIMADS system, are vulnerable to a low-altitude attack by cruise missiles, which, in large numbers, can overwhelm an air defense system.

To be effective against an array of missile threats, the S-400 regiments need to be tightly integrated with AWACS aircraft. Depending on the number of S-400's and the types of targets they are expected to defend, a military may need to expand the size of its AWACS fleet to provide nearly continuous coverage to the SAM sites. Yet, the cost of fuel and maintenance make it expensive to operate a sizable fleet of AWACS aircraft.

Missile tracking information acquired by the AWACS will have to be directed to air defense aircraft launched on alert and/or short-range air defense systems deployed in defense of the high value HIMADS. All this networking is complicated, susceptible to error, and extremely expensive.

The total systems cost of deploying an effective integrated aerospace defense is likely to be many times the procurement and maintenance costs of the S-400 system. Any country with these systems could be vulnerable to a massive operational failure like that experienced by the Saudi armed forces when a cruise missile attack was reportedly launched directly by the Islamic Republic of Iran or its Houthi allies in Yemen on two key Saudi Arab Oil Company production sites.

Furthermore, the low-altitude cruise missile threat is not the only threat. The drone attacks on the Saudi oil facilities and the ballistic missile attack on an American airfield located in Iraq in retaliation for the Trump Administration decision to assassinate General Qasem Soleimani are just a couple of examples of the inherent difficulties in effective air defense. In both cases, air defenses were defeated at a fraction of the cost of complex air defense systems that are difficult to operate effectively. The Iranian accidental downing of the Ukrainian airliner is another example of how difficult it is to operate air defense systems and not make tragic mistakes.

But the capability of an individual system is not the central point. The real issue is that the civilian and military leadership face investment choices that go beyond the decision to buy the S-400. To be effective, the S-400 needs to be deployed within a larger integrated air and missile defense system and requires a very skilled military workforce to operate. Otherwise, it will prove to be a costly and expensive military extravagance. The full costs and complexity of these systems warrant a systematic analysis of the full range of military, diplomatic and financial trade-offs. In light of the tough budget trade-offs countries will face post-pandemic, national leaderships owe their citizenry a thorough assessment.

This article has been translated into Hindi (हिंदी भाषा में) and Arabic (العربية).