Managing the Challenge of Workforce Presenteeism in the COVID-19 Crisis

(Chartered Institute of Personnel and Development) 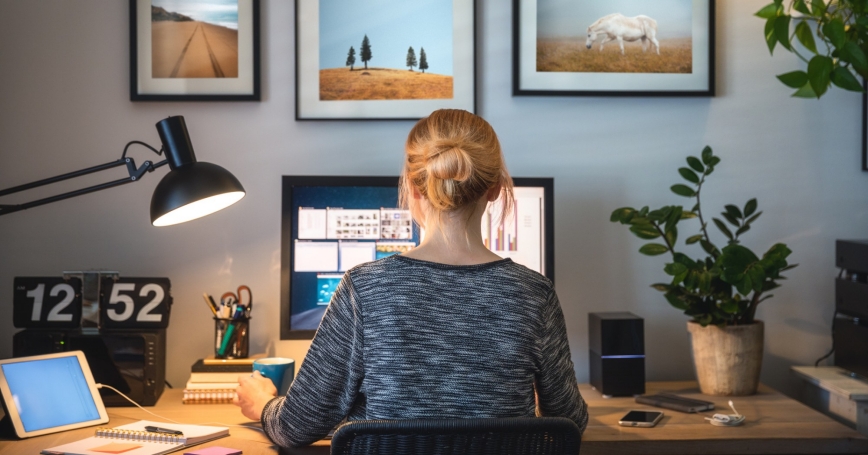 The COVID-19 crisis has led to rapidly changing working patterns including new forms of remote working, flexible working, social distancing at work and shift working. Many workers combine work and caring responsibilities even more than before. Some employees have been furloughed for periods of time. Some have more uncertainty about their job prospects.

Research by RAND Europe suggests that presenteeism is mainly driven by stress, suboptimal mental health, lack of sleep and poor financial well-being. These conditions explained over 50% of presenteeism cases before the pandemic. Workplace surveys conducted by RAND Europe as part of Britain's Healthiest Workplace competition suggest that 50% of workers have one stress-related condition, 50% have financial concerns with up to 20% having serious financial concerns—which all contributed to presenteeism levels. Overall, the surveys found that, in 2019, over 30 productive days were lost per worker per year due to presenteeism.

Presenteeism in a Pandemic

Understanding the extent of presenteeism in the current crisis requires understanding how the key drivers of presenteeism have intensified during the pandemic. In terms of poor mental health as a key driver, for example, recent surveys of more than 3,500 adults carried out by the Office for National Statistics conclude that one in five have experienced depression since COVID-19 took hold, compared with one in ten previously. One in eight adults developed moderate to severe depressive symptoms during the pandemic, with 6.2% continuing to experience them.

Research by the CIPD confirms this trend; for example, its Good Work Index shows 43% of employees say their general mental health has worsened since the outbreak, rising to 52% for those with an existing mental health issue. Moreover, 39% said their financial security has decreased since the start of the crisis. Around 30% say that their ability to work has been impacted by caring responsibilities. A survey of 2,700 adults by the Sleep Council and partners finds that over 40% of the respondents perceive it harder to fall asleep.

These findings show how key underlying causes of presenteeism such as worsening mental health, financial well-being and sleep are likely to be even bigger drivers for this unhealthy trend since COVID-19. They are accompanied by other multiple factors that could encourage people to feel the need to be present for work when ill. These include fears over job security, social isolation, and 'digital presenteeism,' with more people now working from home and many finding it even harder to switch off and define clear boundaries between work and home lives.

Given these findings, presenteeism will become an even more significant challenge for employers.

Key underlying causes of presenteeism such as worsening mental health, financial well-being and sleep are likely to be even bigger drivers for this unhealthy trend since COVID-19.

The key question is how employers can meet this challenge. The first priority is not to ignore the issue. The CIPD's twentieth survey report on health and well-being found that, pre-pandemic, nearly nine in ten (89%) of people professionals had observed presenteeism in their organisation over the past 12 months. Only a third had taken steps to tackle this unhealthy working practice, so more employers need to recognise the issue and take action.

The second priority is to understand what works. Here we have some good news. Employers have made important strides in improving many of the key drivers of presenteeism such as poor mental health, financial well-being, and sleep. There is an emergent and growing evidence base compiled by Public Health England around workplace interventions aimed at improving some of these issues. These include digital applications, lifestyle programmes, wearables, and line manager training. The crisis should mean an expansion of these efforts and employers investing more.

However, interventions without wider organisational changes are likely to be less effective. It is important to create a culture of health to encourage healthy behaviour. This will require a strategic approach to health and well-being that focuses on the core health issues in a workplace and those most at risk. This needs leadership from the top of the organisation. It should also involve clear communication of the strategy, risk assessments as part of a prevention-based approach, a range of evidence-based interventions, monitoring of outcomes, and reporting.

Allowances need to be made for the current situation. The office in many cases is no longer the (sole) workplace and employers may need to find new ways to engage meaningfully with employees. Better resourced and larger employers typically do better in driving participation among those most at risk. So, thought needs to be given to ensure programmes are fit for purpose for the new circumstances and how to support small to medium-sized employers in particular.

Line managers are always instrumental in looking after employee health and well-being. New ways of working may make presenteeism and its underlying conditions harder to spot and deal with. The relationship between employee and line manager becomes even more vital. The quality of people management should help to make a substantial difference in reducing presenteeism.

Finally, there is a wider need to balance increased flexibility and autonomy with better time management, job security and engagement. Flexible working does not mean individuals should be switched on 24/7.

The current crisis throws up multiple challenges for employers. There is a compelling business case for employers to take a significant step forward in improving the health and well-being of employees. The challenge of presenteeism to UK employers is real and growing, and so an employer's efforts should include tackling this unhealthy trend. Ultimately, this will boost productivity and benefit employee health and society as a whole.

This commentary originally appeared on Chartered Institute of Personnel and Development on September 21, 2020. Commentary gives RAND researchers a platform to convey insights based on their professional expertise and often on their peer-reviewed research and analysis.