Is Russia's Su-75 'Checkmate' Aircraft a Case of Vapor Marketing? 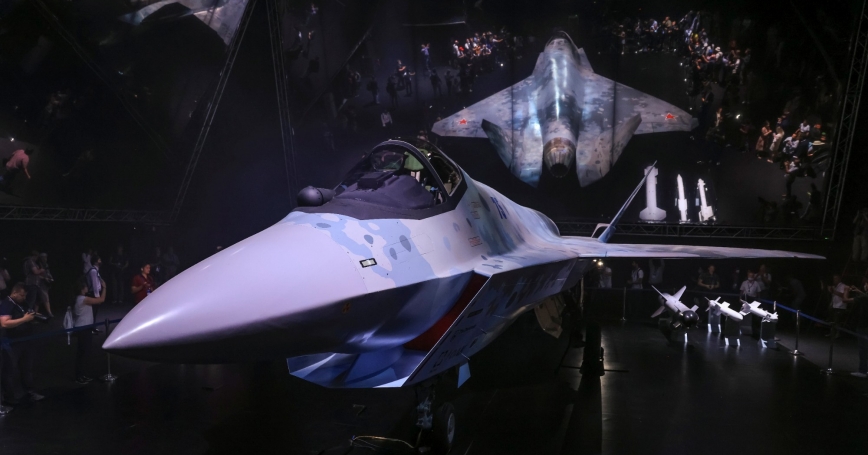 by John V. Parachini and Peter A. Wilson

To hype their Su-75 “Checkmate” aircraft last month at the Dubai Air Show, officials from Russia's Sukhoi Design Bureau offered up bottles of a limited-edition Checkmate perfume. No fragrance, however, will mask how the Su-75 isn't a light tactical fighter as advertised, but rather a medium-weight fighter-bomber similar to the F-16V.

During a Moscow air show last summer, Russia rolled out a mockup of the Su-75, a multipurpose fighter-bomber designed to compete in the global marketplace—but only if it gets enough foreign orders to fund its manufacture. Rostec, Russia's government arms production organization, is marketing it to any country that will listen to its pitch. Russian Deputy Prime Minister Yuri Borisov claims there is “an anchor customer” without naming it, but said it will be marketed to African nations, Vietnam, and India.…

John V. Parachini is a senior international and defense researcher at the nonprofit, nonpartisan RAND Corporation. Peter A. Wilson is an adjunct senior defense analyst at RAND and professor at the Security Studies Program, Georgetown University.

This commentary originally appeared on Defense One on January 5, 2022. Commentary gives RAND researchers a platform to convey insights based on their professional expertise and often on their peer-reviewed research and analysis.