A Four-Day Week: Is America Ready? 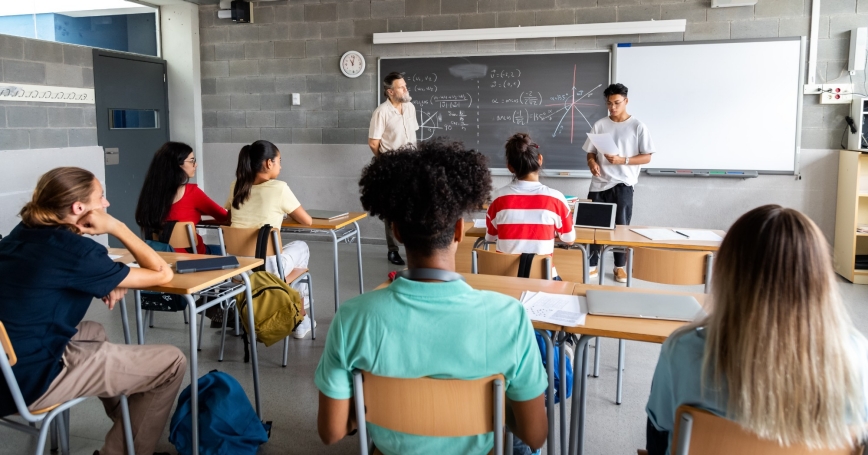 How do you make four equal five? That's a question many Americans are asking as they ponder the future of the time-honored five-day school week. As alluring as a calendar filled with three-day weekends may seem, research shows that short school weeks can have educational and health risks for students, but also benefits for them and for school districts that make the change.

In California, a bill has been shelved, for now, that would have shortened the workweek from 40 to 32 hours for companies with more than 500 employees and required employers to pay overtime to those who work more than four eight-hour days a week. While California could be poised to lead the way in this major shift in traditional work schedules, it is among the most conservative states when it comes to shifting school schedules to a four-day week—an increasingly popular option across the country, especially for school districts in rural areas.

Although the shorter school week has been implemented in more than 1,600 schools across 24 states, only two California districts and five schools have adopted the four-day week, a national study reported last fall.

Short school weeks can have educational and health risks for students, but also benefits for them and for school districts that make the change.

Like the push for the four-day workweek, the primary motivator behind the drive for the four-day school week is a fiscal one, according to recent research my colleagues and I conducted for the RAND Corporation. We based our findings on data from states where many districts already have adopted the trimmed-down schedule: Idaho, New Mexico, Oklahoma, Colorado, Missouri, and South Dakota.

Proponents contend that the shorter school week can save money and improve student attendance. It can also help with recruitment and retention of teachers by offering them an extra day off each week, a benefit that has been particularly important to many school administrators.

Some school officials told us the small savings in operating costs were of marginal benefit. They shaved about 5 percent off their budgets by spending less on transportation, substitute teachers, food, and other costs. Yet they said even small savings made a difference because they allowed districts to retain staff and preserve or invest in other instructional support.

However, the shorter week played a significant role in helping districts attract and retain staff by offering employees an extra day off a week.

One superintendent we interviewed recalled that the district went two or three years without a certified math teacher because no one applied. It was just one example of “how dire the recruiting efforts” are for some critical positions, the administrator said. The four-day school week “with absolute certainty, improved our ability to attract candidates and … improved the quality of applicants.”

Typically, the days were about 50 minutes longer in schools with four-day schedules, coming in at seven hours and 55 minutes. Students also spent 58 fewer hours in school over the course of a year. The shorter week did appear to come with educational costs. While test scores in four-day week districts improved, they did so more slowly than they would have if the schools had maintained a traditional schedule.

A trimmed school week can positively affect one of the most basic of all human pursuits—sleep.

A trimmed school week can positively affect one of the most basic of all human pursuits—sleep.

Elementary school kids on the four-day schedule reported sleeping on average 89 minutes more across the school week than did their five-day school counterparts. For middle and high school students, there was essentially no difference. Older kids likely don't benefit as much as grade-school students because four-day weeks come with earlier start times, and research shows teens sleep better when the school day starts later.

A shorter school week could lead to more-erratic sleep schedules because students may try to catch up on sleep lost during the week that fifth day. Variable sleep patterns can be associated with negative health consequences, including increased risk of depression and obesity.

The abbreviated school week also led 80 percent of high schoolers and 90 percent of elementary school students to spend more time at home, our research showed. Teachers caught their breath as well, reporting that the extra day off was a mix of work (such as grading papers) and personal activities (such as medical appointments and doing chores).

Do the benefits of the condensed week outweigh the costs? They appear to in the western United States, where the schedule has been adopted in many rural communities. In addition, many administrators, teachers, parents, and students give it two thumbs up while families say they highly value the extra time the four-day school week allows them to spend together.

Wendy Troxel is a senior behavioral and social scientist at the nonprofit, nonpartisan RAND Corporation.

This commentary originally appeared on Los Angeles Times on May 25, 2022. Commentary gives RAND researchers a platform to convey insights based on their professional expertise and often on their peer-reviewed research and analysis.