Appalachia Partnership Helps Both Workers and Employers in a Changing Market 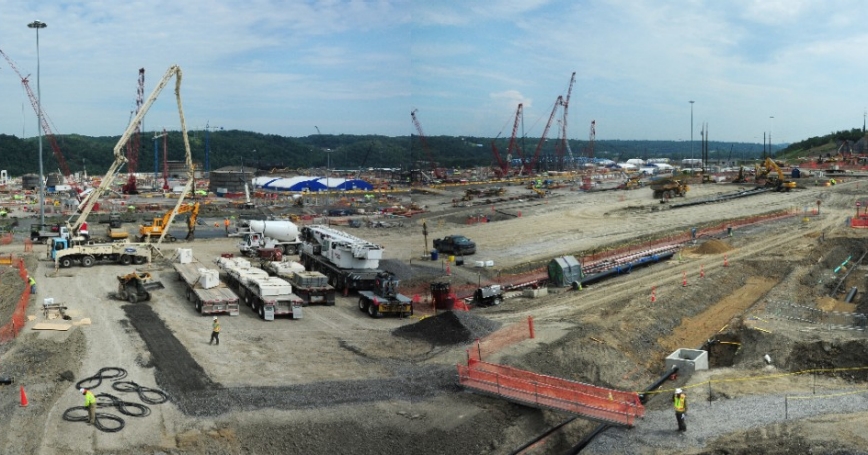 A composite picture of the Shell Oil cracker plant along the Ohio River at the site of a former zinc smelting company about 20 miles from downtown Pittsburgh, July 2, 2018

POTTER TOWNSHIP, PENN.—In the lean years, when the steel mills closed and jobs vanished, when families locked up their homes and left, it wasn't clear how this community tucked into a bend in the Ohio River would even survive. The area “felt like it had had the breath kicked out of it,” one local council member said.

That was before companies discovered that the black shale beneath the ground here, once used to make schoolroom slates, harbored an enormous supply of natural gas. This part of Appalachia now produces more natural gas than Iran, and that means jobs. Head out toward the river here, and you can't miss a skyscraping city of construction cranes piecing together an ethane plant that will soon employ 600 people.

But with new opportunity has come an old problem. America's rusty system of workforce development has slipped further and further out of alignment with the needs of employers, sending workers into the labor market without the skills they need. In Appalachia, business leaders, schools, and other community stakeholders are now spending millions of dollars to recalibrate that system. With help from RAND researchers, they hope to build a model of workforce training for the 21st century.

“People are only now starting to understand that it's not, ‘Let's get an unemployed person into a six-week course and then that will get him or her a job,'” said Gabriella Gonzalez, a senior social scientist in RAND's Pittsburgh office who has led the research effort in a region of Appalachia that includes parts of Pennsylvania, Ohio, and West Virginia. “That just doesn't cut it anymore.”

For years now, RAND researchers have advised that America's vocational schools, technical colleges, and other workforce development programs need to adapt to the changing demands of the labor market. Even hard-hat jobs now require soft skills like time management and communication, as well as technical skills. Yet too many programs skip over them in their rush to qualify workers in processes or operations.

STEM fields are expected to generate hundreds of thousands of new jobs in the coming years.

There are good jobs out there. The so-called STEM fields—science, technology, engineering, and math—are expected to generate hundreds of thousands of new openings in the coming years, with an average wage that tops $30 an hour. They don't always require a four-year college degree, but they do require advanced training, a solid grounding in math and science, and some management skills.

Workforce training needs to change to meet those new realities, and to better prepare the unemployed, the underemployed, the laid-off, and the low-skilled to seize those new opportunities. That has become so vital to economic well-being that RAND is writing it into the recovery plan for hurricane-battered Puerto Rico.

Researchers have been working with the Federal Emergency Management Agency and Puerto Rican agencies to evaluate everything from the island's power grid and housing stock to its health services, and to provide recommendations to rebuild. A key part of that will be creating a workforce development system to train—and retain—workers with the skills they need to compete in the 21st-century labor market.

Researchers working on that project are applying the lessons they learned in the green hills of Appalachia.

Both Technical and Soft Skills Are in Demand

The gas boom there came out of nowhere. Fifteen years ago, most geologists thought the region held only modest supplies of natural gas. Then drilling companies began experimenting with a controversial technique known as hydraulic fracturing—“fracking”—to blast through the shale and release what turned out to be a fortune in gas.

Analysts now expect the shale gas industry to generate 1.9 million jobs by 2035, along with billions of dollars in revenue. But the local labor force has been slow to catch up. Many of the early jobs to start up drill sites went to veteran gas workers coming north from Texas and Louisiana. As one local business group lamented, the region had too many students taking cosmetology classes, and not enough taking machine tech.

In 2014, Chevron Corporation committed to investing $20 million to help build a homegrown STEM workforce in Appalachia to fill jobs in the energy and advanced manufacturing industries. It pulled together private foundations, major employers, and nonprofits to launch the Appalachia Partnership Initiative. The group has since supported programs in high schools, community colleges, training institutes, and even children's museums to generate interest in STEM jobs. It also has worked to provide training for laid-off workers in the old steel and coal counties of Ohio, Pennsylvania, and West Virginia. 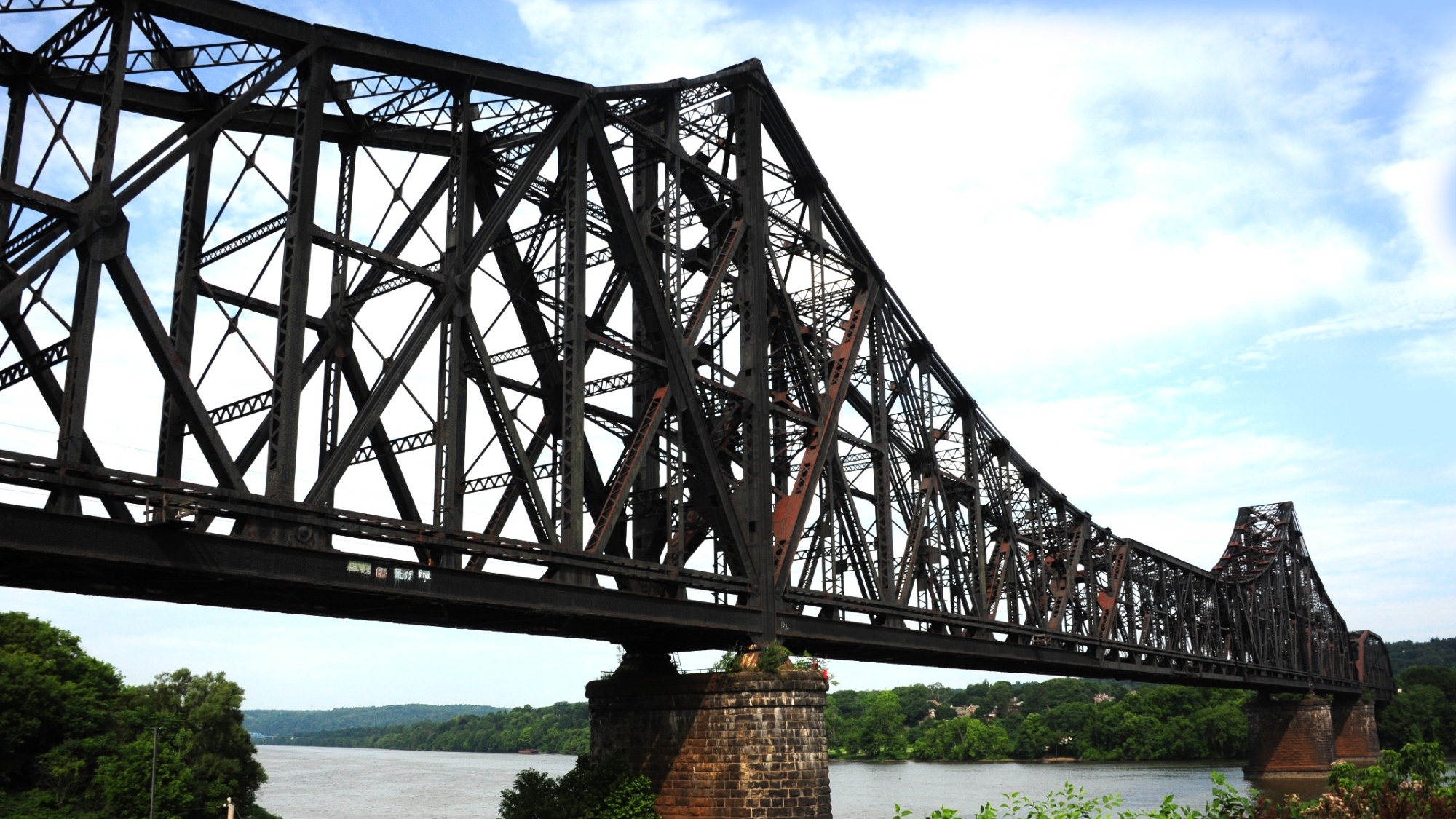 A railroad bridge in Monaca, Pa., about a mile upriver from the Shell cracker plant, July 2, 2018

RAND was a founding member of the initiative, and the research lead. In previous work for the National Energy Technology Laboratory, it had found an urgent need in the region for training programs better aligned with the growing energy sector. Yet when researchers surveyed dozens of employers and training providers a few years later, they found that the disconnect remained.

Employers wanted applicants who were technically proficient, but could also think critically and solve problems, manage their time, and speak and write clearly. In the gas industry, one employer told the survey team, “the ability to communicate clearly and work well with others can have life-or-death implications.” Training programs, meanwhile, had continued to focus in large part on the technical side, neglecting those soft skills.

Employers want applicants who can think critically and solve problems, manage their time, and speak and write clearly.

Yet educators and employers were not working together to address those skill gaps. Schools were training students without knowing what jobs would be in demand. Employers wanted experienced applicants but had not reached out to local colleges to let them know what they were looking for in their employees, or to provide on-the-job training.

“It was all these different piecemeal efforts,” RAND's Gonzalez said. “Now, stakeholders in the region are really trying to create a blueprint for collaboration, to bring together employers and education training providers, to even reach down to K–12 schools. The whole idea is to create a system that can adapt and respond to workforce needs that are ever changing.”

Which leads back to that sprawling construction site in Potter Township.

Business groups hailed it as a once-in-a-generation opportunity when Shell announced it would build its ethane processing plant there. “Everyone is very hopeful that this will be the industry that actually does create a new future for us,” said Rebecca Matsco, the chairwoman of the Potter Township board of supervisors. The local Community College of Beaver County, anticipating the announcement, had already started work on a new program to train the process technicians the plant would employ.

The college, which has partnered with members of the Appalachia Partnership Initiative, didn't just bring in a few retired plant workers to teach some classes. It created an advisory council of industry representatives to build a technician program from the ground up. It sent administrators to Texas to see what worked there, and made sure it was purchasing the same equipment its graduates would use in the real world.

“We as a region had to acknowledge that something about the way that education has been prepping people has missed the mark,” said Betsy McIntyre, the director of the Tristate Energy and Advanced Manufacturing Consortium. “We're really engaging industry in a different way, helping them understand very clearly the roles they can play. The process technology program is a good example of that.” 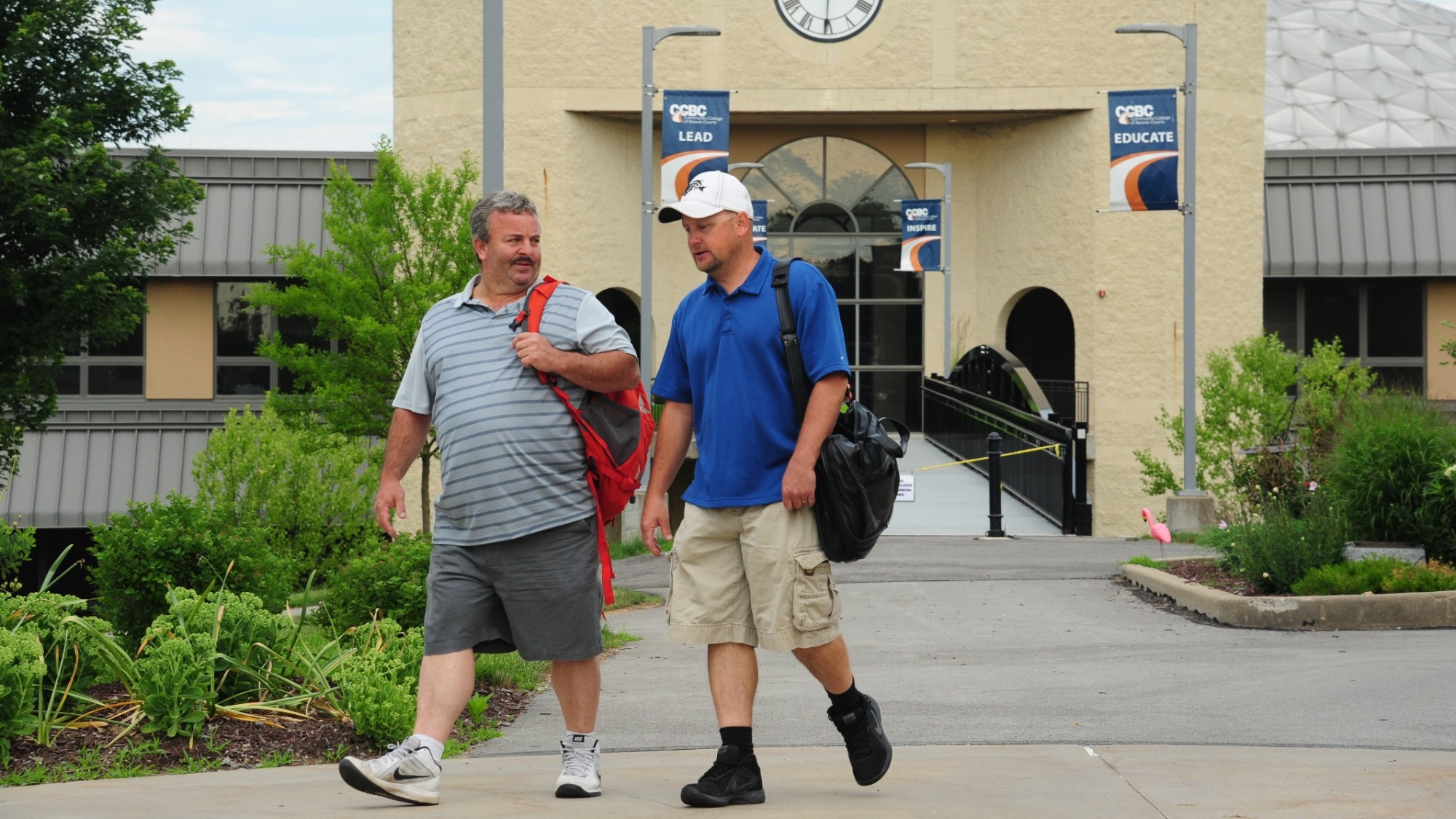 Dave Jena will soon be one of the first students to graduate from the program. He's been out of work for three years now, ever since the steel mill where he worked shut down. On a recent afternoon, he sat at the kitchen table of a childhood friend—a fellow unemployed veteran of the steel mills, also a student in the program—and talked with new hope about the future.

He looked younger than his 49 years, in a worn ballcap and a USMC T-shirt, one arm slung across the back of his chair. He and his buddy laughed: The last time they were in school, the typing class used typewriters.

“It seems like the arrow's pointing up, for sure,” Jena said. “We haven't seen nothing like that in forever around here. Usually, we hear about mills shutting down and people going away, not something starting up. So yeah, it's looking up.”

“We've definitely got experience,” he added. “We're hoping we get an opportunity.”

They had reason for optimism. Earlier that week, an advertisement had appeared in the Beaver County Times. The Shell plant was starting to hire.

The Appalachia Partnership Initiative (API) is a multiyear effort supported by Chevron, the Claude Worthington Benedum Foundation, the Grable Foundation, the Allegheny Conference on Community Development, and Catalyst Connection. The RAND Corporation serves as the independent evaluation and monitoring lead for the API.