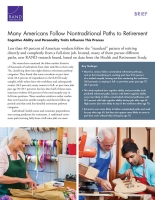 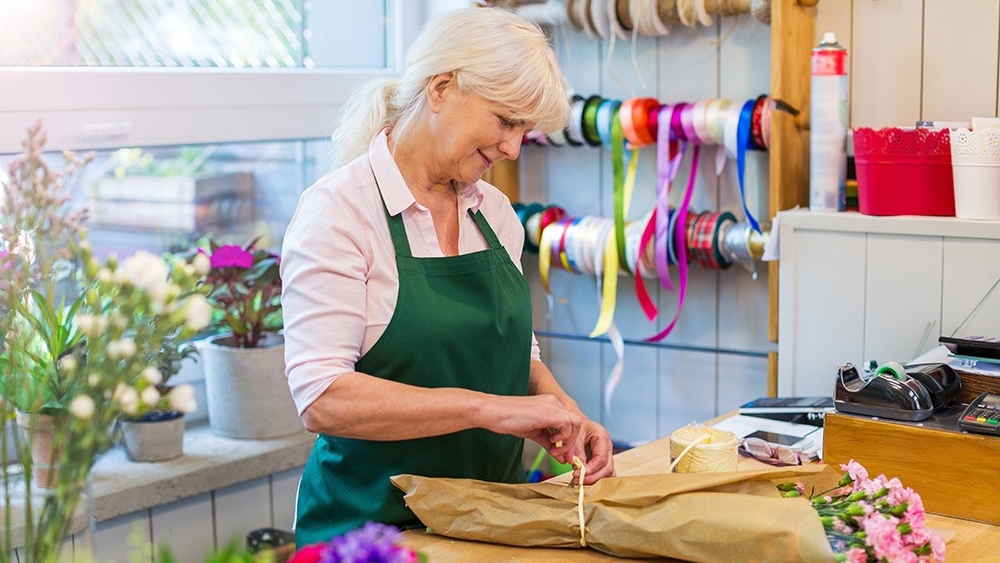 Less than 40 percent of American workers follow the "standard" pattern of retiring directly and completely from a full-time job. Instead, many of them pursue different paths, new RAND research found, based on data from the Health and Retirement Study.

The researchers examined the labor market histories of thousands of individuals from their mid-50s to their early 70s, classifying them into eight distinct retirement pathway categories. They found that some transition to part-time work (13.6 percent of respondents in the RAND study sample), while others leave the workforce and subsequently reenter (16.9 percent); many remain in full- or part-time jobs past age 70 (25.7 percent), but less than half of these most-tenacious workers (9.8 percent of the total sample) stay in full-time positions. These numbers reinforce earlier studies that were based on smaller samples and shorter follow-up periods and that used less-detailed retirement pathway categories.

Individuals' health status and economic preparedness were strong predictors for retirement. A traditional retirement path (retiring fully from a full-time job) was most common among those who had access to defined benefit pensions. This was not surprising because these retirement plans often incentivize individuals to retire at predefined retirement ages. Similar to what earlier research studies found, the RAND study also found that those in bad health, as well as those who had more private savings, were more likely to retire earlier.

An innovative aspect of the RAND study was an examination of the role of cognitive abilities and five personality traits, such as extroversion, neuroticism, and conscientiousness. These psychological factors predict many important early life decisions, such as physical activity or smoking, but little prior research has investigated how they relate to retirement. The study team found that seniors with better cognitive ability, as measured by an assessment emphasizing working memory, were more likely to follow nonstandard retirement paths: 59.1 percent of those with high cognitive ability had jobs after age 65, while only 51.6 percent of those with low cognitive ability did. High scorers also were more likely to stay in the workforce after age 70, in part- or full-time work.

After the researchers controlled for other possible factors, extroverts were more likely to follow nonstandard paths and work for pay after age 65. But they appeared more likely to move into part-time jobs without fully retiring by age 70. Those scoring higher on agreeableness and those scoring lower on conscientiousness tended to leave the workforce sooner, although these effects were weaker and less consistent. Whether these observed patterns reflect causal effects of the psychological factors on retirement was not possible to determine from the data. 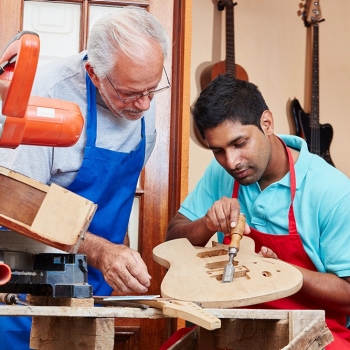 When seniors in their 50s were asked whether they expected to work longer, those with higher cognitive ability reported greater chances of working full time after age 62, but not necessarily after age 65. Extroversion was not a significant predictor of retirement expectations, after the researchers controlled for other factors. But those displaying greater openness to experience reported significantly higher expectations of working longer.

The discrepancy between seniors' expectations and their observed retirement paths suggested that unforeseen events or changes likely play a role in shaping retirement outcomes in ways that appear to interact with cognition and personality. However, the RAND study did not have further information to explain this discrepancy.

This research underscores the potential in considering psychological factors, such as cognitive abilities and personality, as additional factors affecting part-time employment status and retirement adjustment. There is growing interest among policymakers to find ways for people to work longer. As younger cohorts live longer, individuals might need to extend their working lives to maintain their living standards. Moreover, having individuals work longer would reduce financial pressures on public programs, such as Social Security and Medicare. Policies that aim to induce people to work longer might be more effective if they consider the substantial heterogeneity in retirement pathways and how they are related to individual characteristics. For example, if more-extroverted (and perhaps less-agreeable) individuals are more likely to work longer part time than full time, that finding might suggest that these individuals could benefit from more-flexible working conditions.

While more research is needed to understand links between psychological factors and work-to-retirement pathways, as well as how these links vary by occupations and other work characteristics, the RAND findings may be helpful in informing policies to help people work longer. Perhaps the most-promising findings in this study regard older workers' strong trend toward part-time work — and not quitting work altogether. This fact could help address both challenges of age-related declining cognitive capacity and changing priorities: Part-time or self-employment later in life might help seniors spend more time with family and friends. Fostering such opportunities (and determining whether less-extroverted individuals would also desire such work but perhaps are less successful at obtaining it) could help people work longer. Lawmakers might also want to consider policies to incentivize employers to offer more-flexible working conditions, which older workers may find particularly attractive. 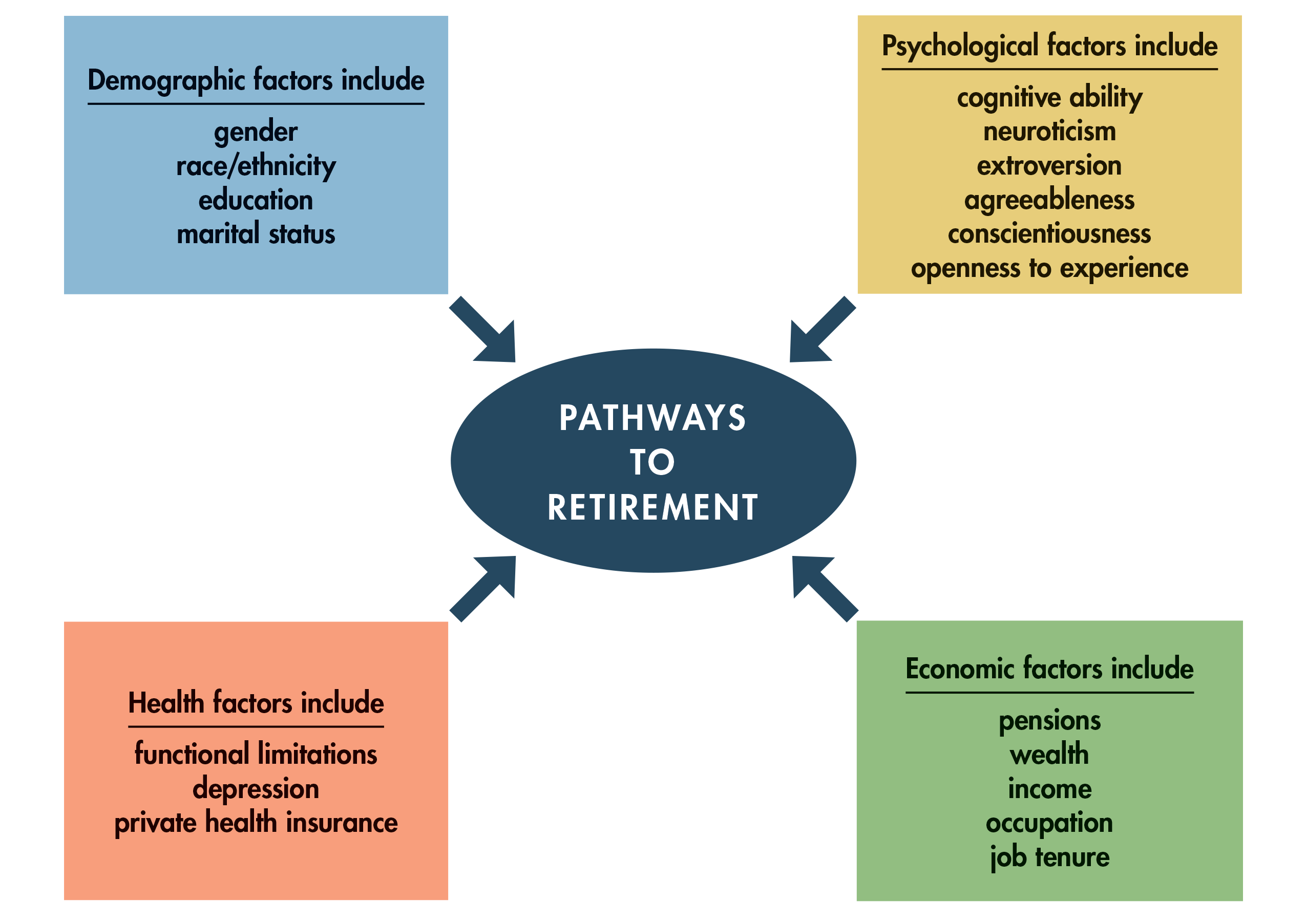