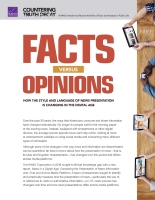 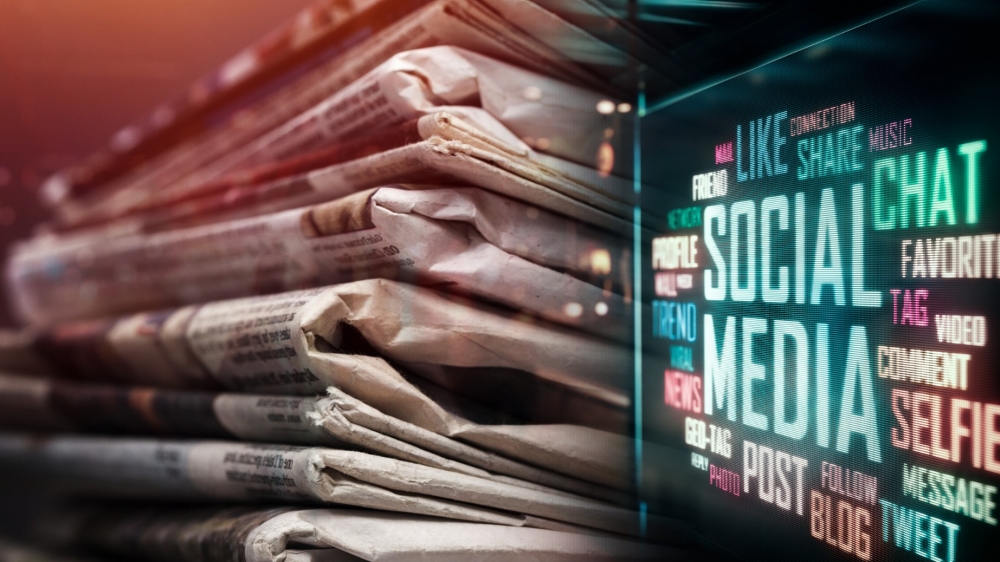 Over the past 30 years, the ways that Americans consume and share information have changed dramatically. No longer do people wait for the morning paper or the evening news. Instead, equipped with smartphones or other digital devices, the average person spends hours each day online, looking at news or entertainment websites or using social media and consuming many different types of information.

Although some of the changes in the way news and information are disseminated can be quantified, far less is known about how the presentation of news—that is, its style and linguistic characteristics—has changed over this period and differs across media platforms1.

The RAND Corporation in 2019 sought to fill that knowledge gap with a new report, News in a Digital Age: Comparing the Presentation of News Information over Time and Across Media Platforms. A team of researchers sought to identify and empirically measure how the presentation of news—particularly the use of, or references to, facts or authoritative information—in U.S. news sources has changed over time and how news presentations differ across media platforms.

RAND’s interest and motivation in investigating the presentation of news for the News in a Digital Age report emerged from observations in a 2018 RAND report, Truth Decay.2 That report pointed to four trends—increasing disagreement about objective facts, data, and analysis; a blurring of the line between fact and opinion; an increasing relative volume of opinion over fact; and declining trust in government, media, and other institutions that used to be sources of factual information—that together have degraded factual discourse and called into question the meaning and purpose of news.

Quantifying How News Presentation Has Changed Over Three Decades 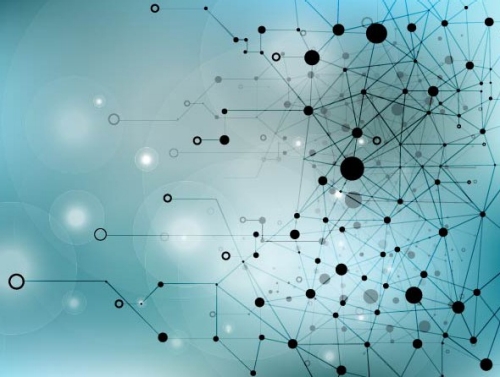 RAND’s research team began its study of news presentation by examining how new technologies are reshaping the U.S. media industry and ecosystem, changing not just how people consume news but the way that information is produced, shared, and disseminated. This involved looking at recent research into how these changes are affecting news presentation across digital platforms.

In parallel, researchers turned to quantifying changes in news presentation and measuring them over time on different media platforms. To do this, the study team analyzed and compared the text or transcripts of news stories produced by three sources of news: print journalism (New York Times, Washington Post, and St. Louis Post-Dispatch), television (broadcast and cable), and online journalism (Breitbart News Network, BuzzFeed Politics, The Daily Caller, HuffPost Politics [until April 2017, The Huffington Post], Politico, and The Blaze). The research team chose these sources because they are heavily consumed, are generally representative of their media cohorts, and generate ample data that team members could analyze.3

The team made two comparisons of news presentation before and after 2000 through 2017: for newspapers and broadcast television news. The team also compared how news was presented by broadcast television news in contrast with prime-time cable programming from 2000 to 2017 and how news was presented by print journalism in contrast with online journalism from 2012 to 2017.4

To make these comparisons, the research team used a suite of computer software tools designed by RAND called RAND-Lex, which combines machine learning with textual analysis to identify patterns in word/phrase use. It works by looking at the frequency of certain words, phrases, or characters and then attaching a score to one of 121 linguistic measures or characteristics. This allows researchers to comb through large volumes of text (e.g., tens of millions of words) and to conduct both descriptive and exploratory statistical tests to analyze and make meaning of those data. For national newspapers alone, the research team used these tools to review more than 27,000 articles containing upward of 28 million words. This and the project’s other large analytical samples enabled the RAND team to make reliable, large-scale claims about how the presentation of news has or has not changed in tone, sentiment, and language over time and to quantify the sizes of those changes over time. This ability to quantitatively measure changes over time is one of the primary contributions of this report. 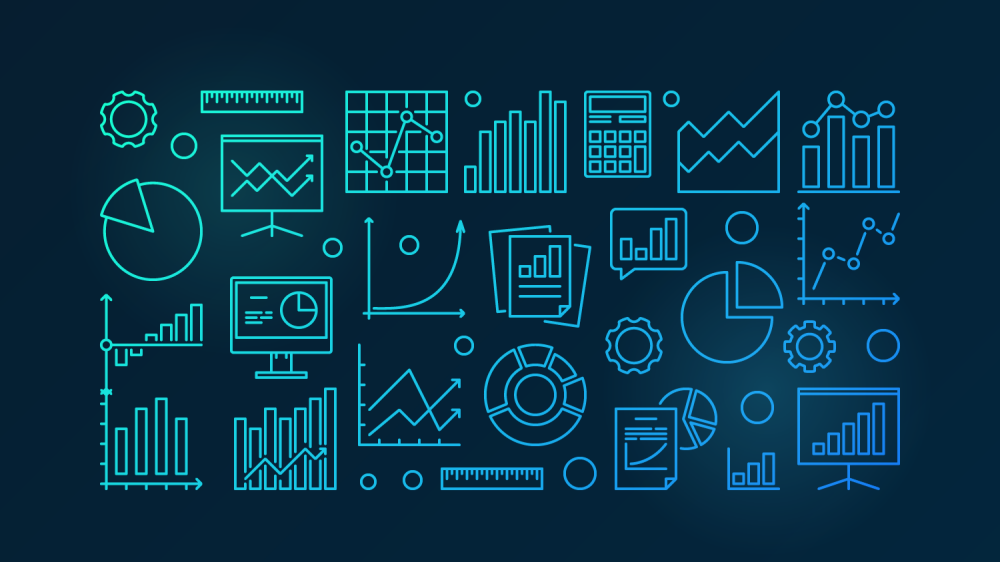 In What Measurable Ways Did the Style of News Presentation in Print Journalism Change Between 1989 and 2017?

The RAND team found that much of the language and tone of reporting in the New York Times, Washington Post, and St. Louis Post-Dispatch remained constant over the past 30 years, but the team also found quantifiable changes in certain linguistic areas between the pre-2000 and post-2000 periods. For example, the three newspapers’ reporting before 2000 used language that was more heavily event- and context-based than it was in stories written after 2000; pre-2000 stories also contained more references to time, official titles, and positions and institutions and used more descriptive, elaborative language to provide story details. In contrast, the team found that post-2000 reporting engaged in more storytelling and emphasized interactions, personal perspective, and emotion more heavily than did stories in the pre-2000 period.

In What Measurable Ways Did the Style of News Presentation in Broadcast Journalism Change Between 1989 and 2017?

Broadcast television journalism exhibited similar differences in the pre-2000 and post-2000 samples. The RAND team’s text analysis found a gradual shift in broadcast television coverage from more-conventional reporting in the pre-2000 period, during which news stories tended to use precise and concrete language and often turned to public sources of authority, to more-subjective coverage after 2000, when news stories relied less on concrete language and more on unplanned speech, expression of opinions, interviews, and arguments.

How Does the Style of News Presentation in Broadcast Journalism Differ from the Style Used in Prime-Time Cable Programming over the Period from 2000 to 2017?

The RAND team found a starker contrast between broadcast news and prime-time cable presentation after 2000. Compared with news presentation on broadcast television, prime-time programming on cable outlets exhibited a dramatic and quantifiable shift toward subjective, abstract, directive, and argumentative language, with content based more on the expression of opinion than on the provision of facts. This was accompanied by an increase in airtime devoted to advocacy for those opinions in contrast to balanced descriptions of context or events. It should be noted, however, that some of this is to be expected based on the different objectives and business models of the two platforms. Cable programming, particularly during prime time, tends to feature opinion-based shows that are led by pundits, are geared toward a narrower audience, and use opinions and provocative material to attract attention, while broadcast television aims at a wider audience and sticks closer to traditional forms of reporting.

How Does the Style of News Presentation in Online Journalism Differ from That of Print Journalism over the Period 2012–2017?

The study team found that the news presentation style in the newspapers sampled remained far more anchored in what could be considered traditional reporting than did the news presentation style in the sampled online media outlets. News presentation in newspapers tended to be more strongly characterized by the use of characters, time, and descriptive language in discussing events or issues. Newspapers set stories in narrative contexts and often used concrete objects, numbers, references to time durations, and retrospective reasoning. In contrast, the language in the online journalism samples tended to be more conversational, with more emphasis on interpersonal interactions and personal perspectives and opinions. Appeals were less narrative and more argumentative, with an eye toward persuading readers.

The general trends observed in the RAND team’s analysis provide initial evidence of a gradual and subtle shift over time and between old and new media toward a more subjective form of journalism that is grounded in personal perspective. The team found evidence of a shift from a journalistic style based on the use of public language, academic register, references to authority, and event-based reporting to one based more heavily on personal perspective, narration, and subjectivity. The RAND team saw this trend in broadcast news and, to a lesser extent, in newspapers. Most notably, the research team was able to quantitatively measure the extent of these changes across platforms and over time.

In comparing the characteristics of “new” and “old” media, the research team found that cable programming today is highly interactive and subjective and relies on arguments and opinions to persuade and debate—a stark contrast from the more academic style and precise language employed in broadcast television in the pre-2000 period. Similarly, the study’s online journalism sample was characterized by a personal and subjective style that, in many cases, emphasized argument and advocacy and was very different than the pre-2000 print journalism sample, which relied more heavily on event-based reporting that often referred to authoritative institutions or sources.

Although the RAND team did find evidence of more widespread use of opinion and subjectivity in the presentation of news than in the past, the change has been subtle, not wholesale. News reporting has not shifted from Walter Cronkite–style serious reporting to fiction or propaganda—even in the biggest contrasts that the team saw, there was still much similarity. Future research could extend this type of analysis to other types of media, such as local newspapers and television news, news radio programs, video content, and photographs that appear alongside news stories.