Correctional Education in the United States

How Effective Is It, and How Can We Move the Field Forward? 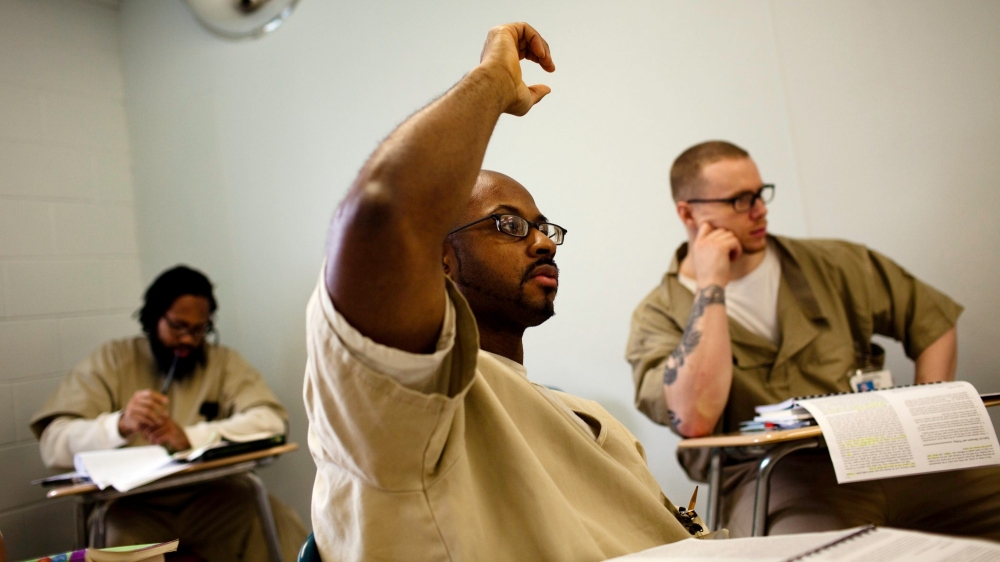 More than 2 million adults are incarcerated in U.S. prisons, and each year more than 700,000 leave federal and state prisons and return to communities. Unfortunately, within three years, 40 percent will be reincarcerated. One reason is that ex-offenders often lack the knowledge, training, and skills to support a successful return to their communities. Trying to reduce such high recidivism rates is partly why states devote resources to educating and training individuals in prison. Also, the education that juvenile offenders receive in the justice system is intended to help them earn diplomas, find jobs, and avoid future criminal behavior.

This raises the question of how effective — and cost-effective — correctional education (CE) is for improving these individuals' postrelease outcomes. The question is even more salient now, given the challenging funding environment that states and localities face from the 2008 recession and its aftermath. With funding from the Second Chance Act of 2007, the U.S. Department of Justice's Bureau of Justice Assistance (BJA) asked RAND to help answer this question as part of a comprehensive examination of the current state of CE for incarcerated adults and juveniles.

To do so, we systematically reviewed CE programs for incarcerated adults and juveniles. The study included a meta-analysis of CE's effects on the postrelease recidivism and employment rates of incarcerated adults, as well as a synthesis of evidence on CE programs for juveniles. And to put the recidivism findings for adults in context, the study also compared the direct costs of CE for adults with those of reincarceration. In addition, it included a nationwide survey of state CE directors to examine how CE is provided today and what impact the recession has had on states. Finally, researchers drew on the comprehensive evaluation results as a whole to examine current and emerging trends in CE and to identify strategies that may strengthen the field moving forward.

Correctional Education for Adults Is Both Effective and Cost-Effective

To answer the question of whether CE is effective, we reviewed all studies that evaluated CE programs that were released between 1980 and 2011. To synthesize the findings from multiple studies, we conducted a meta-analysis to assess how effective CE programs are in helping to reduce recidivism and improve postrelease employment. We first rated the quality or rigor of the studies' research designs using the Maryland Scientific Methods Scale, where Level 1 is the least rigorous design (e.g., a study with no comparison group) and Level 5 is the most rigorous one (a well-executed randomized controlled trial with low attrition). All told, 50 studies for recidivism and 18 studies for postrelease employment (those rated Level 2 or above) were included; for the highest-quality designs (Levels 4 and 5), there were only seven studies for recidivism and one for employment.

CE for adult inmates leads to a 13-percentage-point reduction in their risk of recidivating.

Based on the higher-quality research studies (Levels 4 and 5), we found that, on average, inmates who participated in CE programs had a 43 percent lower odds of recidivating than inmates who did not. These results are consistent even when the lower-quality studies are included. This translates to a 13-percentage-point reduction in the risk of recidivating for those who participated in CE programs versus those who did not. In general, studies with adult basic education, high school/General Education Development (GED), postsecondary education, and/or vocational/career technical education (CTE) training programs all showed a reduction in recidivism.

In looking at postrelease employment, we found (in using the 18 studies) that the odds of obtaining employment postrelease among inmates who participated in CE (either academic or vocational programs) were 13 percent higher than for those who did not. But because only one study had a high-quality research design, the findings are only suggestive about whether CE is effective in improving postrelease employment outcomes.

Unlike adult offenders, juvenile offenders have a right to a public education, which means that all interventions for incarcerated youth must include a CE component. Thus, the question is not whether to provide education services for juveniles in correctional facilities, but which types of programs are most effective. We conducted a systematic review and research synthesis of juvenile academic or vocational/CTE CE programs provided in a correctional facility setting, regardless of jurisdiction. We found that interventions, methods, and outcomes of interest varied a great deal across the systematic review, with the studied interventions falling into one of six categories: Corrective Reading (a commercially packaged curriculum), computer-assisted instruction (comprising three other packaged reading interventions), personalized instruction, other remedial instruction, vocational education, and GED completion.

Using the same quality scale we used for the adult meta-analysis, we identified 18 studies that used eligible methods (in this case, comparison-group studies or well-executed single-case designs). Given the small number of studies in each category, we cannot easily extrapolate the effects of differential dosages or implementation approaches. But given the broader research literature on each of the interventions examined, two interventions showed particular promise: Read 180 (for the outcome of reading improvement) and a personalized and intensive approach piloted at the Avon Park Youth Academy in Florida (for the outcomes of diploma completion and postrelease employment). Both are supported by a large and rigorous study in a juvenile correctional setting, and Read 180's effectiveness is also substantiated by several large and well-executed studies outside of correctional facilities. We also found evidence for two other packaged interventions and for vocational education/CTE and GED, but the underlying studies were too small to warrant generalization or were subject to selection bias. Given our systematic review of the literature on education provided to juveniles in institutional settings, we believe that the field is ripe for larger-scale randomized trials.

In our early research on CE, we heard that the 2008 recession and its aftermath had a substantial effect on CE programs for incarcerated adults, but we had no systematic data on its impact or on how the landscape of adult CE is changing. So, in June 2013, we fielded a web-based survey to state CE directors to help fill this critical void. We present the results overall and then compare differences between small, medium, and large states. Using data on states' adult prison populations in 2012, we classified states by size: small states (up to 24,999 inmates), medium states (25,000–49,999), and large states (50,000 or more). The overall response rate was 46 out of 50 states, or 92 percent.

The 2008 recession led to an overall decrease of 6 percent, on average, in states' CE budgets between fiscal years 2009 and 2012. The largest impact was felt by medium and large states (on average a 20 percent and 10 percent decrease, respectively).

Thus, the capacity of academic education programs contracted: 20 states reduced the number of course offerings, and the number of academic teachers who were employees decreased by 24 percent on average. Also, the overall number of adult students in academic programs decreased on average by 4 percent; however, medium and large states reported greater reductions (10 percent and 8 percent decreases, respectively). Medium and large states in general reported larger reductions in capacity and in the number of teachers and students than small states. Vocational training programs seemed to have fared better in these areas, and there seems to be a growing emphasis across states on providing vocational education programming that will lead to industry or nationally recognized certificates.

Two key trends affecting CE are the growing role of information technology and the implementation of the new 2014 GED exam. Twenty-four states reported offering Microsoft Office certification as part of their vocational education/CTE programs, reflecting the importance of computing skills for today's job market. But the role of computers in CE is a mixed story. Although the use of computers for instructional purposes is common — 39 states use desktops for CE, and 17 states use laptops — Internet access and use of Internet-based instruction is limited. In 30 states, only teachers and vocational instructors have access to live Internet technology; in 26 states, adult students do not have any access to Internet technology (simulated or live).

The GED is the main way inmates earn high school equivalency diplomas, and GED completion is often a prerequisite for vocational training programs. The new 2014 GED exam not only represents a more rigorous test but also relies on computer-based testing — a profound change to states' CE programs. Thirty-one states plan to implement the 2014 GED exam, and all but two of the states expressed concerns about the new exam and computer-based testing. Nineteen states were concerned about their teachers being adequately prepared to teach the new GED exam, and 24 were concerned about the time it may take to prepare students for the more rigorous exam. Fourteen states expected that the new GED exam and the use of computer-based testing may have a negative effect on the number of adult inmates prepared to take it, and 16 expected a negative effect on GED completion rates. Medium and large states, in particular, expected to encounter challenges in implementing the new GED exam and computer-based testing.

Concrete Steps Can Provide Opportunities to Move the Field Forward

Given the study's findings, the debate should no longer be about whether CE is or is not effective or cost-effective for incarcerated adults. But the available literature provides less certainty on the effectiveness of CE for incarcerated juveniles — some practices are clearly promising, but the knowledge base is thin. Still, the debate should now focus on identifying the gaps in our knowledge and opportunities to move the field forward. Because of limitations in the quality of the evidence base, we are unable to get inside the "black box" to answer questions about what dosage is associated with effective programs or what models of instruction and curriculum delivery are most effective in a correctional environment — for either adult or juvenile CE. Answers to such questions are critical to inform policy discussions about trade-offs and modifications to CE programs in a resource-constrained environment.

The table offers recommendations to move the CE field forward, in particular for improving the evidence base and improving CE for adults and juveniles.

Improving the Evidence Base