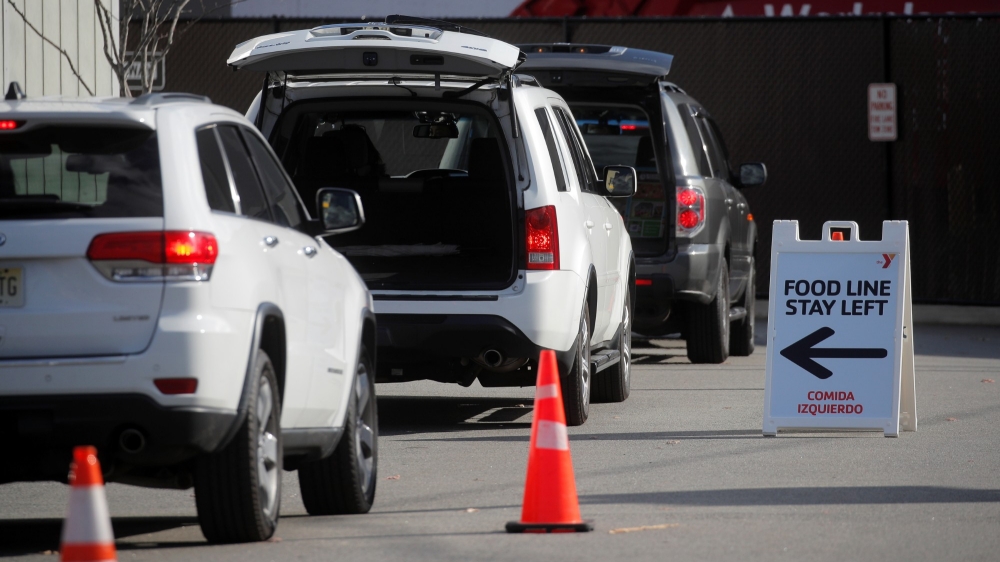 Cars line up during a food drive in East Rutherford, New Jersey, November 24, 2020

Despite some recent increases in employment and spending, many U.S. households continue to struggle financially as the coronavirus disease 2019 (COVID-19) pandemic continues. There are particularly severe challenges among lower-income workers and among Black and Hispanic households.

Since May, RAND Corporation researchers have fielded surveys in the nationally representative RAND American Life Panel (ALP) to better understand household financial well-being during the current recession. In the results of the May 2020 wave of the survey, which was published in June, we found that nearly 30 percent of households were finding it difficult to cover their expenses.

One advantage of following people over time is that we are able to consider households who reported financial difficulty in at least one survey between May and September. This measure would capture individuals who experienced one month of financial difficulty or multiple months of difficulty.

We also find striking differences across racial groups. In Figure 2, we compare difficulty paying bills in May with difficulty paying bills in at least one survey between May and September, by race and ethnicity. In May, 20 percent of non-Hispanic White respondents reported financial difficulties, compared with 42 percent of non-Hispanic Black respondents and 47 percent of Hispanic respondents. As in the overall sample, the share who experienced difficulty at any point during our four waves is about 15 percentage points higher than the share who experienced difficulty in the first wave for all three of these groups.

Although no income group has been spared financial difficulties, the most-vulnerable households have been hit the hardest. The share of those who report difficulty in paying bills might be rising for several reasons, including having already drawn down savings and the expiration of the additional $600 per week unemployment insurance benefit from the Federal Pandemic Unemployment Compensation program at the end of July. Furthermore, the strategies that these financially vulnerable households are using to address financial difficulties have shifted over time, suggesting that the situation has become more dire for many households. Heading into the holiday season, our preliminary analysis of a December survey wave suggests that many people plan to spend less than usual on holiday gifts this year, which could indicate continuing financial hardship. The pending loss of unemployment insurance for many, driven by the expiration of CARES Act provisions and the potential "triggering off" of Extended Benefits in many states, is likely to increase these financial problems (Bauer, Edelberg, and Lu, 2020).

This report describes a subset of results from a survey fielded through the RAND American Life Panel (ALP) to assess the wide-ranging effects of the COVID-19 pandemic on individuals and households. A technical description of the survey that includes a description of the ALP, the objectives of the survey, and information about the fielding of the survey are presented in Katherine Grace Carman and Shanthi Nataraj, 2020 American Life Panel Survey on Impacts of COVID-19: Technical Documentation, Santa Monica, Calif.: RAND Corporation, RR-A308-1, 2020.

This study was undertaken by RAND Education and Labor, a division of the RAND Corporation that conducts research on early childhood through postsecondary education programs, workforce development, and programs and policies affecting workers, entrepreneurship, and financial literacy and decisionmaking. More information about RAND can be found at www.rand.org. Questions about this report should be directed to the lead author, Katherine Carman, at kcarman@rand.org, and questions about RAND Education and Labor should be directed to educationandlabor@rand.org.

Funding for this research was provided by unrestricted gifts from RAND supporters and income from operations.