Is RAND an acronym?

The RAND name originated as a contraction of research and development. Today RAND conducts research on more than 1,000 topics in a typical year, but we are not involved in technology development.

RAND began in 1946 as a research project (Project RAND) backed by a single client, the U.S. Army Air Forces. The project was developed at the Douglas Aircraft Company in Santa Monica, California. In 1948, with Ford Foundation support, RAND became an independent, nonprofit research organization committed to exploring the most complex and consequential problems facing our society.

What is a think tank?

It is generally acknowledged that the term “think tank” was first applied to the RAND Corporation in the 1960s. At the time, a think tank was a research institute that came up with new ideas that could influence public policy.

One important distinction to note is that while “think tanks” are commonly thought of as organizations with specific political or ideological agendas, RAND is strictly nonpartisan, and our focus is on facts and evidence.

What is an FFRDC?

Why aren't you located in Washington, D.C., with the other think tanks?

Our headquarters campus is in Santa Monica, California, because that's where RAND was founded. It suits us. There are advantages to being located not only outside the Beltway, but also as far away as the West Coast. It provides a healthy distance between us and our clients and policymakers.

That said, we also appreciate the value of having a presence near the capital. For many years, RAND had an office in Washington, D.C. As our organization grew, we moved to Arlington, Virginia.

We opened a second major East Coast office in Pittsburgh, Pennsylvania, in 2000, and a third in Boston, Massachusetts, in 2009. RAND has U.S.-based researchers living and working in more than 25 states and operates the RAND Gulf States Policy Institute serving the U.S. Gulf States region.

We're also a global organization. RAND Europe has offices in Cambridge, United Kingdom, and Brussels, Belgium; its research staff comprises people from more than 25 countries. RAND Australia has its office in Canberra.

Why do you call yourself a corporation if you're a nonprofit?

When we set ourselves up as a nonprofit corporation back in 1948 with the help of the Ford Foundation, “corporation” seemed like the right word. Since then, we've struggled with keeping “corporation” as part of our name, and we dropped it for about a decade (from the mid-1980s to the mid-1990s). While “corporation” seems something of a misnomer for a nonprofit institution, “the RAND Corporation” is widely recognized as our brand; without “Corporation,” our name can become easily confused with similarly named organizations and people. Regardless of any implications of our name, we are proud to be a 501(c)(3) organization with many generous philanthropic supporters.

How does RAND select projects?

Project selection is mainly driven by the research division that conducts the work.

Some divisions that conduct research in social and economic policy (e.g., RAND Health Care, RAND Education and Labor, RAND Social and Economic Well-Being) compete with other organizations for funds from government agencies and private foundations.

Three of our federally funded research and development centers (FFRDCs) are long-standing entities funded by the Department of Defense. They carry out short- and long-term research on national security questions. In 2016, the Department of Homeland Security selected RAND to operate a fourth FFRDC: the Homeland Security Operational Analysis Center.

We also use philanthropic support and our endowment for projects that are either too new (e.g., HIV research in the 1980s) or too urgent (e.g., providing aid to the Gulf States region immediately after Hurricanes Katrina and Rita) to attract client support.

Isn't most of your research classified “Secret”?

No. Roughly 95 percent of our research is unclassified and available for free on www.rand.org. To recoup the cost of printing, we do sell hard copies of our books.

For the past three decades, we've opened our archives to academics who want to study RAND's history. This includes access to declassified documents and internal memoranda.

Does everyone at RAND have a security clearance?

No. Many RAND staff do not have a security clearance and never venture into the classified areas.

Do you have to be a U.S. citizen to work at RAND?

No. At present, RAND staff hail from 48 countries, and, in our offices outside of the United States, the majority of our researchers and staff are not American. Additionally, over a third of Pardee RAND Graduate School students come from outside the United States.

Can anyone visit RAND?

RAND's Santa Monica office holds policy forums several times each year, and they are open to people in the community. Other offices hold occasional events as well. You can learn more about the events we offer on our Calendar of Events. We also periodically offer tours of our headquarters campus, which received the U.S. Green Building Council's Gold Leadership in Energy and Environmental Design (LEED) certification in April 2006 and the Urban Land Institute Award for Excellence in May 2007.

Does RAND take positions on campaign issues or candidates?

RAND is a nonpartisan research institution and, as such, does not espouse or exert pressure toward particular legislative or partisan outcomes. Thus, RAND does not lend its name to referenda or other legislative initiatives. RAND also refrains from participating in or in any sense intervening in a political campaign on behalf of or in opposition to any candidate for public office. However, in keeping with our mission to help improve policy and decisionmaking, RAND is happy to present research findings and recommendations to candidates and elected or appointed decisionmakers.

Some states require contributors to provide their occupation and employer information when making a donation to a campaign. Those donations are from individuals who work at RAND, not from the RAND Corporation.

How did RAND come by “1776” for its headquarters address on Main Street in Santa Monica?

For many years, the RAND Corporation's headquarters campus was located at 1700 Main Street. In 2004, we moved down the block to a new building located on what had been a parking lot. The City of Santa Monica offered us a range of numbers from which to choose our new address. Because it made sense numerically based on our building's location at the end of the block on the west side of the street, we opted for 1776 Main Street. We like that our address symbolizes America's independence (even if our RAND Europe colleagues in Cambridge, UK, may not be as enthusiastic).

Did RAND try to halt placement of the “chain reaction” sculpture across the street from its headquarters building?

No. The sculpture, installed on the grounds of Santa Monica's Civic Center, predates our arrival and was already part of the landscape when we began construction of our current headquarters building.

I've heard a lot of rumors about you guys. Are any of them true?

RAND works in subjects of interest to a wide range of people, and the line between fact and fiction can blur (especially with regard to our historical research). Some of the most persistent rumors include the following:

Initially, we did refuse to release the UFO study, but not because it was classified or controversial. The paper was published in an internal series that was not releasable to the public because it had not been peer-reviewed. We eventually decided that the demand for the paper superseded our internal policy and posted it.

RAND terrorism expert Brian Michael Jenkins has testified on terrorism and has met with Jane Harman (D-CA), the bill's primary sponsor and chair of the Committee on Homeland Security's Subcommittee on Intelligence, Information Sharing and Terrorism Risk Assessment. We did not, however, write the bill.

Henry S. Rowen, then president of the RAND Corporation, released this statement carried by The Wall Street Journal on May 13, 1970: “The Rand Corporation has not undertaken such a study. It does not contemplate making such a study, nor has it been approached by anyone with a proposal for such a study.”

RAND developed the “Planetran,” a high-speed floating train that can travel from Los Angeles to New York City in two hours

RAND explored the idea, though it was initially discussed at Lockheed.

An email hoax shows a man standing next to a wall of gadgets with a steering wheel, which purportedly represents our prediction of a home computer. The photo was created for a Photoshop competition organized by Fark.com. You can find out more about the rumor on any of the hoax-busting websites (e.g., snopes.com, truthorfiction.com). RAND, however, did invent one of the first mainframe computers.

RAND planned to use LSD to stop antiwar protestors

In the early 1960s, RAND studied the short- and long-term effect of LSD on personality change. Volunteers from RAND's research and support staff participated in the experiments in a controlled environment at UCLA.

Windsurfing was first described in a RAND document written and illustrated by aeronautical engineer James Drake. He was the first to hold the patent and is heralded by many within the windsurfing world as “the father of windsurfing.”

The RAND headquarters building at 1700 Main Street in Santa Monica, California, was designed by John Williams, head of the Mathematics Division. He raised the idea of creating a building that would increase the probability of chance personal meetings. Such meetings, he argued, would promote the interdisciplinary aspect of RAND—the use of mixed teams of analysts in addressing a problem.

A RAND researcher, Harvey Lynn, was consulted, but as a private citizen, not as part of a RAND project.

The RAND Corporation was involved with the Pentagon Papers

In 1967, Secretary of Defense Robert McNamara hired a team of 36 analysts to explore why the United States had not succeeded in Indochina, whether this failure could have been prevented, and what lessons could be learned to prevent similar experiences in the future. Half a dozen people from RAND were asked to be part of that study team, including Daniel Ellsberg. The team looked at papers from the Department of Defense, the State Department, the CIA, and the White House. RAND received two copies of the final classified study, United States – Vietnam Relations, 1945–1967: A Study Prepared by the Department of Defense. One of the copies stored at RAND was copied by Ellsberg and eventually leaked to the New York Times in 1971. Ellsberg had left RAND in 1970.

To learn more, read RAND in Southeast Asia: A History of the Vietnam War Era by Mai Elliott. Chapter 9 includes a detailed account of RAND's role with the Pentagon Papers.

RAND has said very negative things about the Chinese people

Several online posts containing false information about RAND research have appeared on various websites and blogs produced in China. With such titles such as “China will become the poorest country in the world in 2020” and “RAND Corporation's evaluation of Chinese people,” these posts contain extremely negative comments about the Chinese people, and attribute those sentiments to RAND. RAND has never published the comments or reports cited in those posts, and the posts do not represent the views of RAND staff. Some of the posts appear to misquote testimony by a RAND associate given in 2005. That testimony is available in full, in both English and Chinese, at: http://www.rand.org/pubs/testimonies/CT244.html. A full range of RAND reports related to China may be found at http://www.rand.org/topics/china.html.

We've also built a site in Chinese so that we can present RAND to the Chinese-speaking world in our own words. See http://www.rand.org/zh-hans.html. Further queries regarding RAND and China may be directed to correspondence@rand.org. 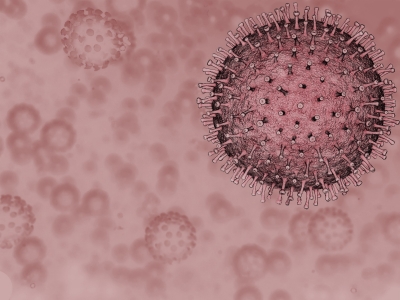 The COVID-19 pandemic has caused widespread illness and death, economic devastation, day-to-day challenges, and long-term uncertainty. RAND research and analysis provide insights on the effects of this monumental crisis—and can help determine the best ways forward. 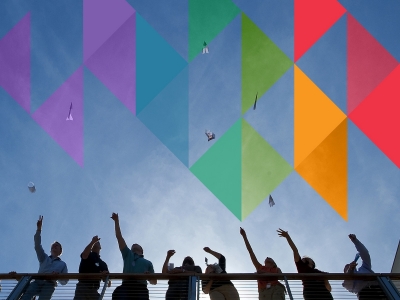