Anatomy of a War Game 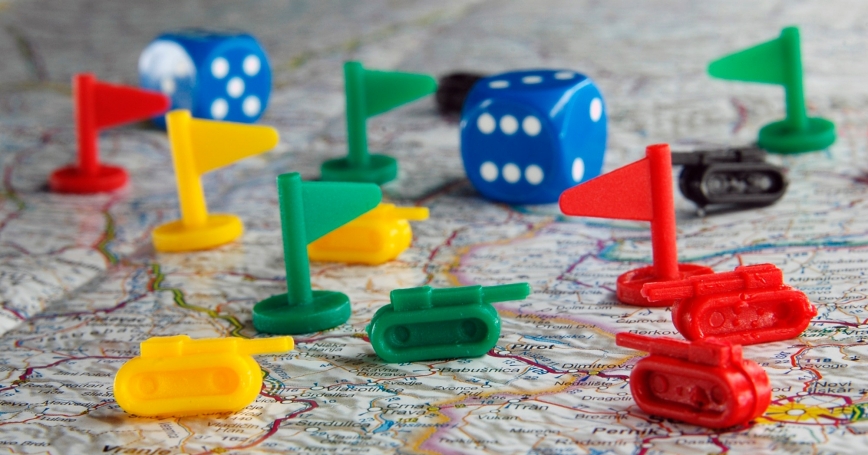 War games are especially important as countries prepare to counter adversaries who use asymmetric strategies or weapons, forcing military planners to deal with unfamiliar threats. These war games are indispensable tools to train (learn how to perform one's responsibilities), educate (learn about a situation not previously understood), and formulate strategy (determine how to respond to specific threats and capabilities).

Consider a game where the objective is to learn how to respond to attacks by North Korea on South Korea using weapons of mass destruction. This game is set at a time when North Korea has fielded nuclear warheads for its ballistic missiles, seeking to test U.S. responses to this threat. The anatomy that follows examines how the players might act in three periods of the war game. Here, we depict one possible subset of the conflict events that could occur. A full-scale training game would examine these events and hundreds of other possible events over the conflict, though likely paying special attention to those outlined here.

War games are usually played by teams—playing the role of military forces and decision-makers of the United States and perhaps allies (the Blue team), facing down proxy military forces and decision-makers of one or more adversaries (the Red team). Such a two-sided game would involve a Red team and a Blue team playing against each other, while a White (control) team adjudicates the play.

In the first period, the North Korean leader has already decided to invade South Korea, likely as a diversionary conflict to avert a developing coup in Pyongyang. The Red team (the military leadership) knows that most experts expect North Korea to lose a conventional invasion. Red must therefore decide whether to use chemical and biological weapons (CBW), and if so, how to use them effectively. Red knows that CBW provide significant benefits for the attacker, especially higher attrition to and disruption of Blue forces. U.S. strategy does not reserve a unique capacity to respond to North Korean chemical and biological weapons. Historically, South Korea has believed that the United States would respond to North Korean CBW use with nuclear weapons, but that's now widely seen as unlikely as official American policy seeks to avoid nuclear weapon use except to counter nuclear threats to the United States or its allies. The Red team is not deterred from CBW use because they see the benefits of using such weapons as significantly exceeding the costs. Red team actions in the timeline try to make CBW use effective, including a deceptive provocation to mislead Blue and the use of sarin gas to cause Blue casualties with a non-persistent chemical that does not impede the North's advance. Red then terminates its use of sarin, leading Blue to remove its protective masks, making Blue vulnerable to biological weapons whose use may follow.

In this game, the White team wants Blue to learn how to deal with a battlefield failure and thus sets up the second period by adjudicating the collapse of a forward Blue Army division. Blue handles this failure with air strikes and by committing a reserve division—while Red counters the Blue response by using anthrax, a biological weapon, against the reserve division. But the Red approach is not very effective since Blue has used vaccines and antibiotics against anthrax. And even unprotected, Blue personnel would not become ill for several days. Since this game focuses on CBW use, White could revisit this decision and press Red to define a more effective biological weapons option, while pressing Blue on whether its vaccine and antibiotics would be sufficient.

The Red team responds with a nuclear attack on Pusan, which causes several hundred thousand fatalities and serious injuries. The Blue team launches a counterforce effort to destroy the North Korean nuclear weapons, including using some U.S. nuclear weapons in fulfillment of the American nuclear umbrella commitment to South Korea, as included in the June 2009 "Joint Vision" statement by President Obama and South Korean President Lee Myung-bak. The Red team then decides to use its nuclear weapons before it loses them to the Blue counterforce attack. This exchange allows both sides to evaluate the wisdom of their strategy. In some games, the players would then be asked to try other actions at the start of the counteroffensive to see if they could achieve better outcomes.

Why do war gamers seek to create effective Red team actions? America's adversaries also undertake war games and may find more effective strategies in the process. Thus war gamers—who may include Defense and State Departments, CIA, and National Security Council officials—seek to understand the more dangerous Red threats so that Blue teams can be better prepared to deter or defeat them.

This war game provides several lessons. First, the United States needs some separately identifiable means for deterring CBW use by a desperate adversary who has decided to go to war. The United States should strongly prefer to deter CBW use, and not just defeat or defend against it. Second, the United States and its allies need to protect their forces against a range of biological weapons threats. Finally, when threatening the survival of a nuclear armed adversary, the United States must be prepared to promptly disarm that adversary's nuclear forces or otherwise to protect itself and its allies with missile defenses or other methods. Even one nuclear weapon going off in an American or allied city would be an unacceptable conflict outcome. The challenge to the Blue players is to identify the specific strategies and capabilities needed in each of these cases.

Bruce Bennett is a senior defense analyst at the RAND Corporation whose specialty is applying military simulation and analysis, war gaming, and risk management to "asymmetric threats" such as weapons of mass destruction.

This commentary originally appeared on World Policy Blog on June 6, 2012. Commentary gives RAND researchers a platform to convey insights based on their professional expertise and often on their peer-reviewed research and analysis.