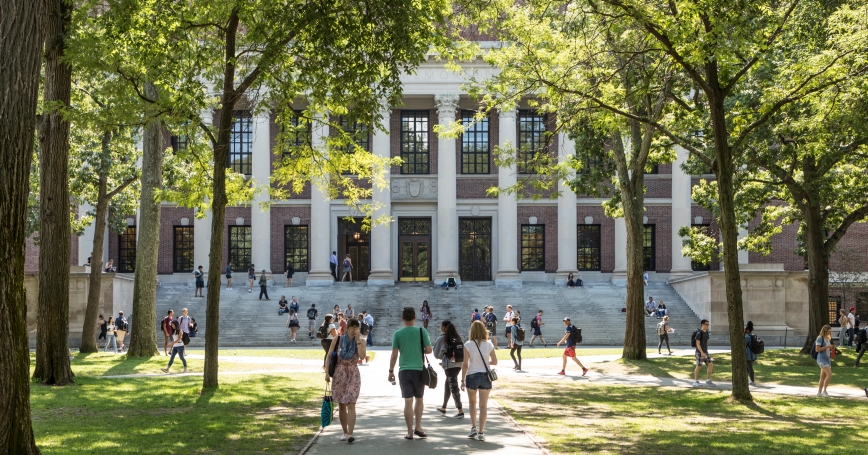 Before the recent revelations about sexual assault in Hollywood and other industries, the spotlight was on the nation's colleges and universities: Over the past several years, those institutions have been challenged by lawmakers and a growing group of emboldened victims to improve their response to sexual crimes on campus.

Assessing higher education's progress, however, has been impeded by a lack of reliable national statistics. With momentum from the #MeToo movement, colleges and universities have an opportunity to adopt meaningful changes, beginning with the creation of a system for tracking the prevalence of sexual assaults on campuses nationwide.

In our work we helped the Department of Defense modernize the survey used to identify trends in sexual assault and sexual harassment of military service members. Our research illuminated the power of reliable data to help stakeholders and leaders tackle a significant problem thoughtfully.

At colleges and universities, a good starting point would be to establish a confidential survey that could help students and administrators learn about what's happening on campus. As the 2014 White House Task Force to Protect Students from Sexual Assault recommended (PDF), a confidential survey system could provide routine monitoring of sexual crimes on campus.

Such a survey would enable institutions to better understand the unique risks faced by their students, the barriers to reporting and seeking help, and the underlying culture that affirms or rejects sexual harassment and assault.

For instance, a survey could help college officials identify reasons why victims choose not to seek help. If students don't know where to turn, a public-health-style campaign could help educate them. If they fear retaliation from the perpetrator or others, policies and programs to shield victims should be established.

Well-designed surveys can also help colleges identify attitudes and behaviors that may be supporting sexual assault on their campus.

For example, if a survey shows that students tend to disbelieve and disparage women who have been assaulted, this shared culture may enable perpetrators to continue offending against their peers with little risk of consequences.

Such information on campus sexual assaults and the conditions that may allow them to occur would be even more useful if it could be shared across campuses.

By banding together, American colleges and universities can identify campuses with lower than expected sexual assault rates and learn from them. What do those campuses do differently? What kinds of attitudes and opinions do their students, faculty, and administrators have about sexual assault? How do they respond after an assault is reported? What programs or policies are in place to help prevent sexual assaults?

The same strategy can be used to identify campuses with a higher than expected risk of sexual assault so that resources can be thoughtfully allocated.

Administrators who learn that sexual assault is not only a problem on their campus but that it is more pronounced than at peer institutions are likely to be more motivated to engage in the hard work of examining their practices and policies, identifying weaknesses in the system and finding solutions.

Based on our experience studying sexual assault in the military, we believe that strong forward progress can only happen if two conditions are met.

First, the survey must be standardized. Comparisons will be possible only if institutions use the same approach to survey design, administration and analysis.

Given the complexity and sensitivity of the problem, it will be important to engage the country's leading experts in sexual assault and survey design in the development process.

Second, schools must be willing to make the results of the surveys public. Doing so would send a clear signal that the safety of students is more important than protecting a school's reputation.

At a moment of heightened awareness around sexual violence, America's colleges and universities have an opportunity to lead by example, through a commitment to full transparency about campus sexual assaults and openness to learning from each other's failures and successes.

Coreen Farris and Kristie Gore are researchers at RAND Corporation, a nonprofit and nonpartisan think tank.

This commentary originally appeared on The Hill on March 1, 2018. Commentary gives RAND researchers a platform to convey insights based on their professional expertise and often on their peer-reviewed research and analysis.