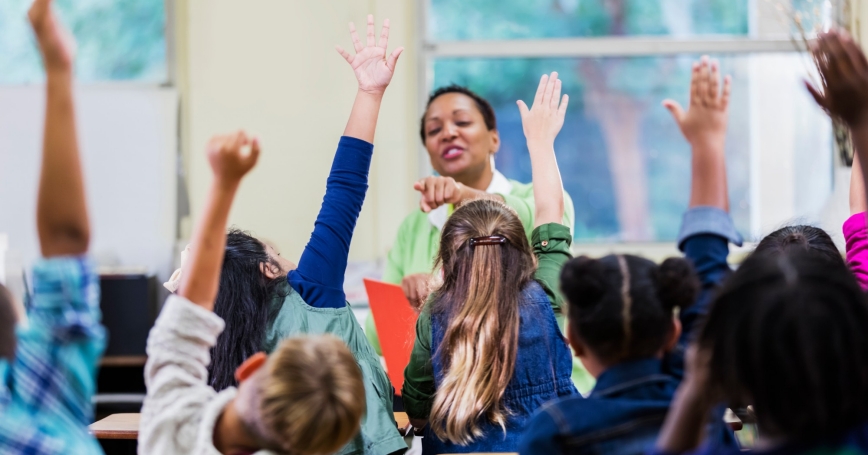 When the Los Angeles Unified School District and its unionized teachers settled a weeklong strike a year ago, the deal included familiar items such as pay raises, (slightly) smaller classes and more nurses and counselors. Largely overlooked was another major item: a commitment by the district to transform 30 schools into “community schools” by the 2020–21 school year.

“Community schools” is an umbrella term for campuses—nearly always in impoverished neighborhoods—that team up with public and nonprofit agencies to become a hub of services for students, their families and the surrounding area. The underlying idea is this: Poverty, housing instability, exposure to trauma and inadequate health care all inhibit students' ability to learn, so schools need to address those problems in a coherent way.

So far, 19 L.A.-area schools have started this two-year transformation process. Each is receiving $400,000 in extra funding. But the effort will require more than money. It will also require patience among policymakers and careful planning by administrators to make sure that educators aren't overwhelmed.

For the last four years, my RAND Corp. colleagues and I studied the New York City Community Schools Initiative, the largest such program in the country with more than 250 schools involved. Our project was sponsored by the Mayor's Office for Economic Opportunity in New York. We just finished evaluating how dozens of schools changed over their first three years in the program—and learned that it is possible to successfully transform traditional schools into community schools on a large scale. We also found that the effort can pay dividends in terms of improved academic performance for disadvantaged students.

What does one of these schools look like after it becomes a community school?

At an elementary school we visited in the Bronx, the building stayed open into the evenings, offering academic tutoring as well as sports, arts and second-language programs. Likewise, the school was open on Saturdays and during breaks, which helped close gaps in child care for working parents.

Our study provides strong evidence that the community schools strategy can help students in disadvantaged communities.

After three years, this kind of intensive intervention showed results. Across all the schools we studied, we saw a positive, albeit small, impact on math achievement. Much bigger leaps were made, however, in the foundational indicators that mark the difference between a school that is functioning and one that is failing.

For example, student attendance across elementary, middle and high schools was improved. More elementary and middle school students were passing courses and advancing to the next grade on time. High school students' graduation rates were up in two of the three years we studied.

There were fewer disciplinary incidents among elementary and middle school students but not among high schoolers.

New York principals told us that managing partnerships with multiple city agencies and community-based organizations—and getting them all on the same page—was the hardest part. This juggling act can lead to major burnout, so every New York community school has a dedicated coordinator or director whose full-time job is to ensure that programs are organized to complement more traditional educational offerings.

There are an estimated 5,000 community schools across the U.S., and we weren't the first to study them. Much of that earlier research showed mixed results, but it was also done in cities much smaller than New York. Those limited-scale efforts don't reflect how much school districts as large as LAUSD—where 80% of students live in poverty and more than 17,000 experience homelessness—have to gain.

For the fledgling community schools in Los Angeles, the story of community schools in New York City offers some valuable lessons. Although our study provides strong evidence that the community schools strategy can help students in disadvantaged communities, the program should not be expected to succeed in helping every student right away, particularly in high school. It may take years to see the positive effects of such ambitious whole-school reforms. Measuring achievement through test scores—especially right away—may miss the mark in determining whether the Los Angeles community schools are heading in the right direction.

William R. Johnston is an associate policy researcher at the nonpartisan RAND Corporation and a former high school English and civics teacher.